The Toronto After Dark Film Festival is celebrating its 16th annual five-night event at Scotiabank Theatre. The festival highlights new Horror, Sci-Fi, and Action features and shorts. Every year around 1,000 filmmakers submit their work from around the world for a chance to get picked for one of the coveted slots in Toronto After Dark’s October lineup.

Along with its wild success with US and International screenings, the festival always ensures that Canadian content is showcased. This year the Closing Gala film will screen the world premiere of Here For Blood, a Canadian Horror Action Comedy directed by Daniel Turres and written by James Roberts.

Here For Blood stars Shawn Roberts (Resident Evil Apocalypse) as he fills in for his girlfriend as a babysitter and ends up in a battle for blood against a demon-worshipping cult. Let me tell you; this film is an adventure. I did not have seeing a giant hunk pick up a cast-iron frying pan to defend himself on my 2022 bingo card, and I sincerely wish I did. I had no idea I wanted the visual until I got it. This film is jam-packed with fantastic gore gags, awkward pauses, self-aware punchlines, pro-wrestling moves, and some of the best special effects makeup you’ll see. 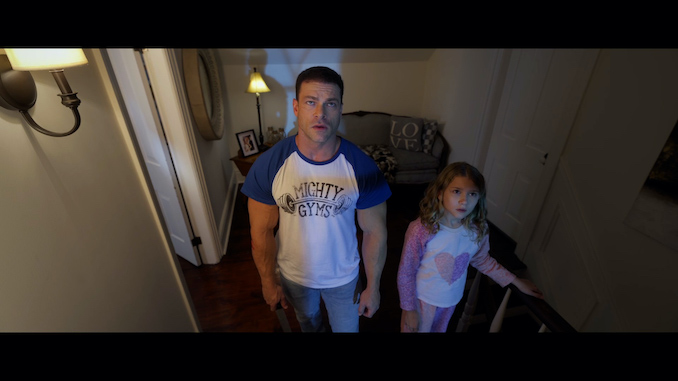 The Toronto After Dark Film Festival closes on October 23rd: Here For Blood plays that night at 9 pm. Following the screening, director Daniel Turres and select members of the cast and crew will be in attendance for a post-screening Q&A. Be sure to get in line for tickets at the door! Pre-Sales are sold out.

Aside from the festival’s vast array of feature films, Toronto After Dark is a prominent supporter of short films. Every year they have a Canadian Shorts Program which features eight short films. This year the lineup is fantastic.

Black Forest Sanitorium is a seven-minute stop-motion journey about lovely Quinn, who visits a sanitorium looking for a friend. Director Diana Thorneycroft creates a unique and eery vibe with her creations. The stop-motion is very well done, and watching this creative genius is a treat. 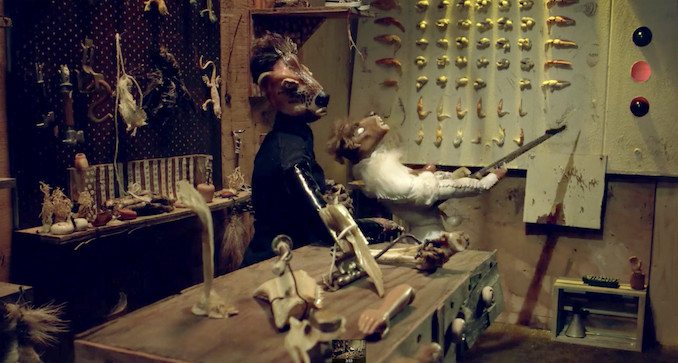 In The Shadows is a 13-minute French short film from Montreal directed by David Émond-Ferrat. The short follows Mélanie as she takes her son to her mother’s home for the weekend. Mélanie is divorcing her husband and is visiting to break the news to her mother. However, fate has plans for them, and Mélanie must protect her son from whatever lurks in the shadows. The acting and sets are impeccable.

Nude is another French short. It is directed by Olivier Labonté LeMoyne and follows a young couple as they drive into the woods looking for a romantic and moody place to make love. Although they will soon come to realize they are not alone. It’s a shocking, intriguing watch that will have you thoroughly captivated for 14-minutes.

The Community is four minutes of glee. Directed by Milos Mitrovic, the short follows two men who met on the internet as they venture into the forest looking for something top secret. It’s ridiculous, and immature humour wipes away the tension you felt while watching some of these other shorts.

The Flying Sailor is a beautiful animated short directed by Wendy Tilby & Amanda Forbis. It’s eight minutes of exploration, and the fragility of life experienced by a sailor after an explosion at the harbour sends him flying through the air. A genuinely fantastical experience.

The Fore-Man is a 14-minute short directed by Adrian Bobb about Dr Samantha Martin living in the after events of a major catastrophe that has brought past and present together. It’s a curious, suspense-driven disaster short that toys with your emotions. 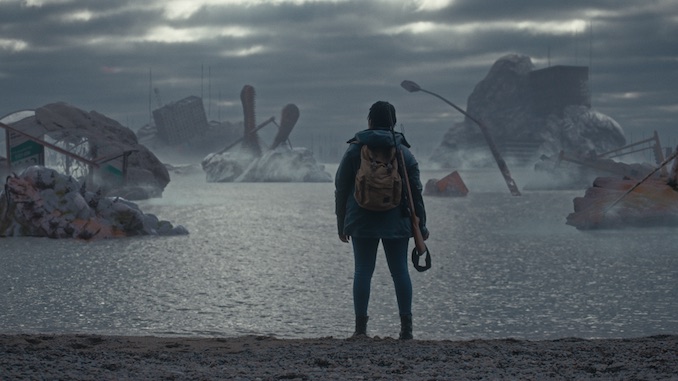 The Temple is a French animated film with a much more realistic style. The short is directed by Alain Fournier and follows the crew of a German U-boat that falls into madness in this obscure story.

Travis Laidlaw directs The Trunk. It’s a haunting tale about an isolated father and daughter who find a chained-up trunk in the forest and keep it, figuring the contents to be valuable. Horrifying, the kind that may give me nightmares.

Toronto After Dark Film Festival’s Canadian Shorts showcase takes place Saturday, October 22nd at 3 pm. Be sure to check it out!

“A Day in the Life” with Toronto actor Jessica Hinkson

Did you know that the slasher film is a Canadian invention? Black Christmas (1974), set in and around a Toronto […]

Scouted by Premier Models Management in the UK where she was born and raised, Zainab Balogun transitioned into acting after […]