The things we learn about our relations with the U.S.. This morning we received news that Rick Miller’s BOOM is inviting American draft dodgers to attend opening night for free this August 14. BOOM is a solo performance show that documents the music, culture and politics that helped shape Baby Boomers in Canada.  A blast from the past, the show takes us through 25 years of recent history. Interesting! We thought and we read further into the history. 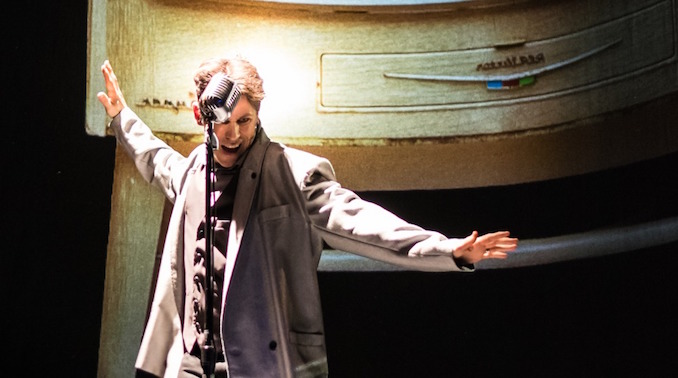 There were about 30,000 Canadians who volunteered to side with American peace-keeping troops during the Vietnam War. During that time, Canada had an open-border policy which made it possible for Americans to come and claim political asylum. At it’s peak in 1971 and 1972, Canada received more immigrants form the U.S. than any other country. The influx of Americans who came north of the border were well educated. But when President Jimmy Carter offered a pardon to the draft dodgers if they returned home, many did not go back. Most of them decided to put down their roots in Canada.

In Toronto, they formed many communities especially on Baldwin Street as well as nearby Gerrard and University. Yorkville also became an attractive neighbourhood for it’s already established reputation of being anti-establishment that appealed to many artists.

So, why are American draft dodgers invited to attend opening night of BOOM? One of the seminal events that the show explores is the emigration of draft dodgers and resisters from the U.S. to Canada during the Vietnam War. Beginning in 1966 and continuing into 1974, when the war was formally ended, it is estimated that as many as 125,000 U.S. citizens cross the border into Canada.

BOOM celebrated the draft dodgers’ contribution to Canadian culture by inviting them to join the opening night show on Tuesday, August 14 at 8pm, CAA Theatre (Formerly Panasonic Theatre). Tickets will be free to each draft dodger attending. Proof required – e.g. an old draft card, a copy of the Manual for Draft-Age Immigrants to Canada, or word of honour. Advance ticket is required. The free ticket can only be booked in advance by visiting www.mirvish.com/draft-dodgers . Full details at the link provided. Tickets are first come, first-serve basis and are limited.

WICKED gives the audience what they want and more

The great Wizard of OZ pretty much summed up what we were hoping for this musical production, “it’s a bit […]