Me with Kevin Drew in NYC before appearing on David Letterman

Andy Kim’s It’s Decided transcends the years of history within it. Renowned for 30 million records sold worldwide, with eternal #1 hits like “Rock Me Gently”, “Baby, I Love You So”, and The Archies’ “Sugar, Sugar”, the legendary songwriter and recording artist has captured a vibrant new sound, timeless in its opposing auras of permanence and ephemera. Co-written and produced by Broken Social Scene’s Kevin Drew, Ohad Benchetrit (Do Make Say Think), and Dave Hamelin (The Stills), It’s Decided is the crystallization of a music community around a living, thriving legend. Lead by Andy Kim’s wisdom, through his stunningly youthful vocals, the album’s ten songs are accented by contributions by luminaries Ron Sexsmith, Jeff Barry, John McIntyre (Tortoise), Kevin Hearn (Barenaked Ladies), and Derek Downham. Surrendering to what Kim calls “the Magic & the Brilliance of Kevin Drew”, songs with the impeccable intuition of a Hall of Fame songwriter shimmer with Drew’s studio flourishes. A song like “Sail On” coasts on handclaps and a perfect chorus. The wistful “Shoot ‘Em Up Baby”, originally released by Kim in ’68 with “Sugar, Sugar” co-writer Barry, shows glimpses of the original’s ethereal doo-wop through bright new chiming piano. The album closing “Who Came First”, rewritten from the Social Scene archives, shuffles upward with that familiar Broken sound of low, syncopated saxophone – another example of the wide-eyed reinvention that is It’s Decided. As Drew says, this is “Andy’s heartfelt want to still make it even though many would say his history is enough.” Gentle and enigmatic, ageless and ecstatic. “Andy Kim always looks to transcend and find the honesty in what he does and does with others.”

In the studio working on it 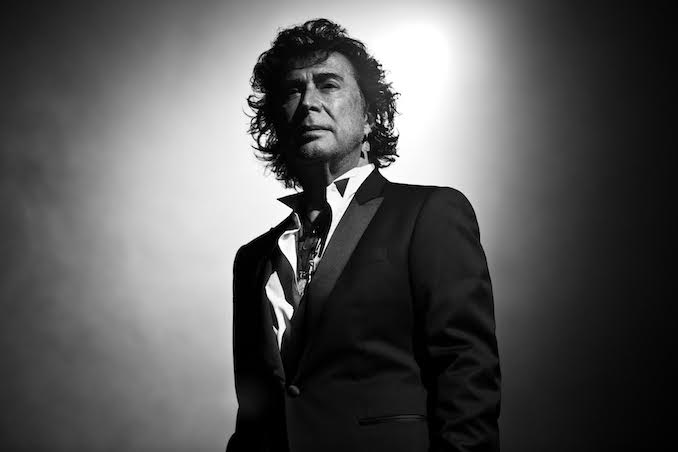 Wake up late, lots of black coffee, write set-list, go to sound check, back to hotel, arrive hour before show, hang with my band, 1 minute before show I go to my dressing room & say my usual prayer to quiet my nerves. Hear my name announced & say WOW I’m still living my Dream

Queen Street is filled with it’s own version of the Coolest Mall. I’m a people watcher so it’s a great place to find something to eat & sitting near a window I can watch the unique Tapestry of Toronto

Depends, Night Owl on the road, Early Bird when home

Studio when I was younger, now it’s The Road

Drawing inspiration from modern pop, as well as R&B and Funk, Ezra Jordan is a master at creating soulful, refreshing, […]

“Five Minutes With” Suns of July on Anti-Bullying Day

Suns of July is a new band is a collection of veteran musicians of Toronto’s indie music scene. Their inaugural […]