I was thrilled about the first version of The Stranger – a truly immersive theatre experience that pushed me beyond my comfort zone. I still talk about it to this day. Now, DopaLavaro Teatrale (DLT) has announced it will be returning to Toronto’s streets with two brand new productions: The Stranger 2.0 above and below (September 18 to 29, 2019). 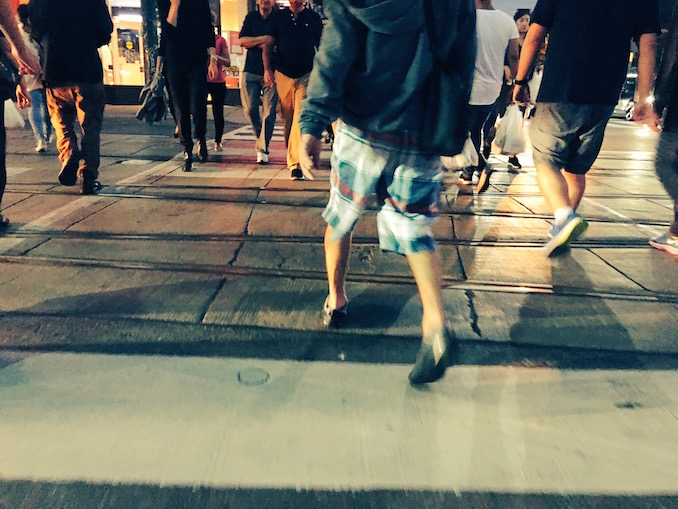 Designed for the first time to include two audience members at a time and featuring an exciting new virtual reality component developed by mixed reality content specialists toasterlab, The Stranger 2.0 will unfold on the streets with a new cast, new scenes, new locations, and a choice between two independent journeys.

above: A cross-city adventure with a retro Italian flavour that takes participants from a midtown area to locations they have likely never explored before.
​
below: A downtown adventure in the underground areas of Toronto where performers emerge from the crowds.

Where does it begin? That’s part of the surprise. You’ll be provided with a meeting/starting point at a public space 24 hours before your confirmed start time. A cast member will greet you and provide initial instructions. From there, you’ll just go with the flow. Oh! And make sure you’re wearing comfortable shoes – sneakers are highly recommended. Bring a fully charged phone too. You can read about our previous experience with  The Stranger here.

The first award-winning version of The Stranger had sold out editions around the world including in India and Europe and DLT brought two new versions back to Toronto in 2015 and 2016. The Stranger 2.0 continues The Stranger tradition of an immersive and interactive theatrical experience in which the city becomes the stage and the audience becomes the protagonist. Designed for two audience members at a time, this 75 to 90-minute journey thrusts participants into a secret world. By following “strangers” into streets, alleyways and undisclosed locations, the downtown is transformed into an urban labyrinth and participants find themselves at the centre of an unfolding narrative that blurs the lines between reality and fiction.

DLT was founded in 2006 in Florence, Italy, by artistic director Daniele Bartolini and is now based in Toronto. The theatre company is dedicated to innovative, experimental and multi-disciplinary artistic practices.

For more information on The Stranger 2.0, dates and tickets, visit www.dltexperience.com.

We’re heavily into our back-to-school shopping now and while doing so, we have been keeping an eye out for various […]

In these past few months, so much of our lives have changed. We’ve had to try to keep it together, […]