James O’Hara released his debut comedy album “I Love You, And I’m Tired” on all platforms on Sept. 16th, 2022 via Howl and Roar Records. We got to speak with the Toronto comedian to find out more about him. 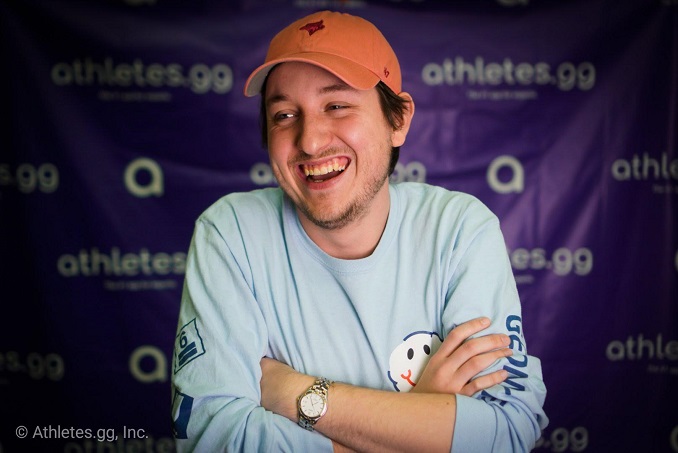 I would describe my comedy style as a blend of silly observations and self-deprecation. I talk about my own interests, and how they are kind of lame. I talk about my childhood, my weird relationship with my parents and also my love of Weezer. A whole lot of talking about myself.

I’m not a one-liner comedian, but Mitch Hedburg has always been a huge influence on me. I really admire his ability to see the silliness in the world and our choices of words and how he managed to be relatable while talking about things that nobody had ever thought about before. I am also largely influenced by British humour. James Acaster, and Alex Horne, people who manage to be incredibly creative while putting on a more dry performance.

Growing up I loved Hedburg for a completely different reason. His jokes were short and I could memorize them and recite them at will. I would often go to school and spout out lines like “Rice is great when you’re hungry and you want 2,000 of something.”

Right now I am incredibly impressed by Taylor Tomlinson. She has really found an incredible voice, and for someone so young, has so much confidence on stage. I find I like every word that comes out of her mouth.

I mostly want to go to sleep. I get really sleepy right before I have to leave the house, my body trying desperately to get me to cancel and stay home. If I’m hosting a show I make sure to have the first act’s name and credits locked in, and if I’m headlining I always try to watch the whole show.

Every time I walk into Comedy Bar in Toronto I feel at home. There are always weird and wacky shows going on, I always see friendly faces there, and the audiences are always on board to play along with the bit. It wasn’t always that way. When I first started it could be pretty intimidating to see the big names mingling around in the bar. But over time I became a lot more comfortable and had a lot more friends.

I once wrote a joke about Edward Scissorhands that another comic offered to buy off of me. I said no, and one day it got featured in Reader’s Digest Canada. The bit itself is a little silly and not my personal favourite. But I ended up writing a bit about that specific joke landing in a magazine that I open my debut comedy album with. What started out as a silly one-liner about a movie that came out 30 years ago turned into a 6 minute bit about finding random success.

The best way to find new comedians is to go to shows and pay attention. I try to watch every show I’m booked on all the way through, because I like finding new people who are talented, and because I got into this because I was a fan of comedy, to begin with. The best new comedians I’ve ever found were found when I wasn’t looking for new comedians.

My girlfriend grew up in L.A., and I grew up in Ajax Ontario. She actually went to the high school where they filmed Buffy The Vampire Slayer. She thought it was kind of lame, but the coolest thing that ever happened at my high school was the time the police tasered Josh in front of the 7/11.

My debut comedy album “I Love You, And I’m Tired” is out on all platforms since Sept. 16th. Huge thank you to Howl and Roar Records for producing it and responding to my late-night emails about whether or not I’m allowed to encourage people to steal from No Frills on the album.

I wanted Mike Carrozza to host the night of my album recording but his stupid brother had a stupid baby. He’s an incredible comic, and so creative, and everyone who likes me should go seek him out.