We recently had the chance to catch up with the Toronto comedian Allie Pearse to chat about her comedy style and influences. 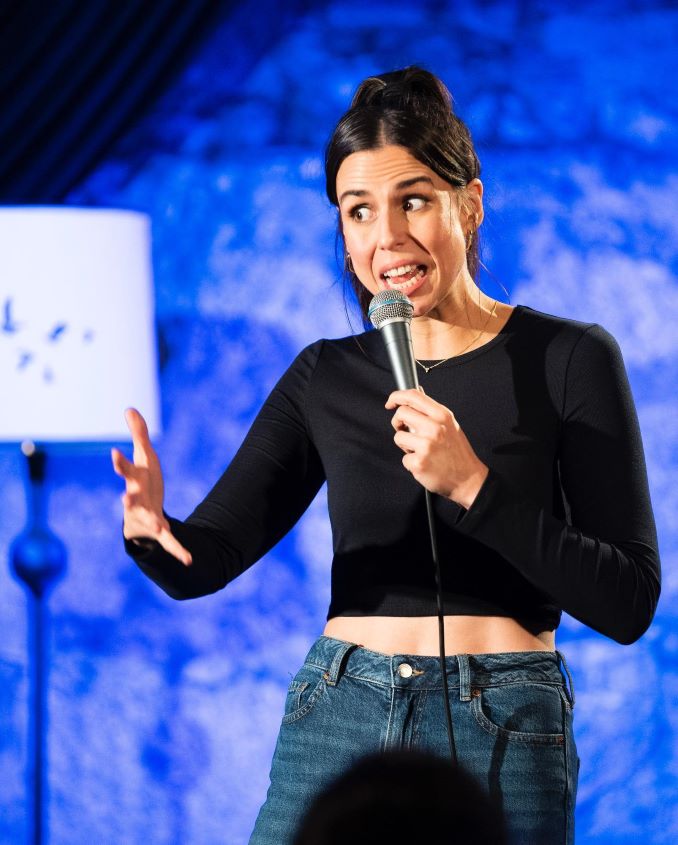 Biographical and high energy. Sometimes alarmingly so (on both accounts).

I’m extremely influenced by the amazing talent we have in Canada. Some of the best comics I have ever seen are built up in the Canadian scene.

I didn’t watch a lot of standup growing up but I’ve been a big Sarah Silverman fan.

This totally depends on my mood and what I’m after. I would say, like my jackets, it changes seasonally.

Make a list of jokes I want to perform. Panic, try deep breathing, panic again. Tell myself once I’m dead none of this will matter.

Comedy Bar in Toronto is my favourite club. It feels like home (it’s literally next to my home). I also produced a show at the Royal Cinema right before the pandemic which was iconic and very special to me. Recently I was at the Laugh Factory in Chicago!

I have an NSFW, fairly anatomical joke that I used to close within my early days of standup. I think my writing has grown significantly since then but it remains one of my favourites because it was the first time a bit really landed and continued to work when I first started.

It’s a mix of watching local, up-and-coming talent at some of the smaller shows I perform at. Throwing on Sirius XM is also key!

Only if you pay me for it first upfront. How else am I supposed to afford rent in Toronto?

Check out my episode on The New Wave of Standup, Season 2! You can also find my writing on the latest episode of Letterkenny’s stand-alone special for International Women’s Day.

PAY IT FORWARD: Who is another local comic/comedian we should know about.

Andrea Jin is an absolutely brilliant Vancouver-based comedian who you can also find on The New Wave of Standup! She is nominated for a Juno this year for her outrageously funny album Grandma’s Girl which you can stream right now.

Aidan O’Loughlin is a self-described “CBC darling,” having worked on several of their shows including the sketch comedy, TallBoyz and […]

A veteran of Toronto comedy stages, Paul Bates got his start at The Second City, where he wrote and performed […]