If you’ve been paying attention to the news lately, you will have heard rumblings about the cryptocurrency crash this year. One of the most stable companies in the crypto world, Bitcoin, crashed by 7% at the end of June, and has lost more than 50% of its value just this year. This crash in price is leaving a lot of people wondering what is going on. 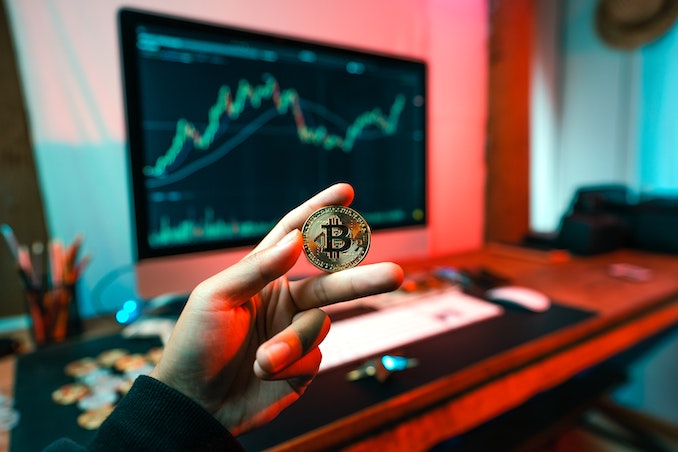 Though experts are saying this crash will not last long, it is hard to know what to think when it comes to cryptocurrency these days. It seems as though every few weeks there is another company that loses value, and it would be easy to see why people call it a volatile investment.

But what does this all mean for investors? To get a better understanding of cryptocurrency and how it works I chatted with Erica Pimentel from the Smith School of Business at Queen’s University.

Pimentel has a Ph.D. in accounting, is an assistant professor at Queens University and has been studying cryptocurrency for the last four years.

What makes cryptocurrency so intriguing, according to Pimentel, is its use of blockchain technology, which basically means that your crypto cash can be safe in a decentralized banking system. Having a system where people can trade or sell an NFT (non-fungible token) means that people can use, spend or trade their money independently without the government or banks’ interference.

The ability to have a decentralized banking system where people operate independently has a lot of appeals these days as mistrust of the government grows. According to Pimentel, the philosophy behind cryptocurrency is similar to that of libertarianism which bases its ideas on the premise that people should be able to rule themselves without interference from a government. By framing the rise of cryptocurrency as a social movement, we can see why there has been a quick rise and then a sudden crash of the system.

When cryptocurrency first came out, people didn’t really know what to think about it so it took some time to gain popularity. Over the years, however, companies such as Bitcoin, have been able to prove themselves as useful in the modern-day economy. Bitcoin was able to come out with ways you can use their cryptocurrency in your everyday life, making others notice and want to get in on the game.

There have been a lot of new companies started in the last few years and the way they have marketed the currency has given people “FOMO” or fear of missing out. With all the hype about how much you could make by investing in cryptocurrency, a lot of people signed up without doing their homework.

A lot of what has been seen in cryptocurrency has been produced by what Pimentel calls herding behaviour. “One person starts to sell their coin and all of a sudden everyone is” Pimentel explains. It is a very volatile market and unfortunately, scammers are rampant. Without the regulations that centralized banking systems come with, people have been able to get away with selling fake cryptocurrency and a lot of people have lost money.

And in terms of all the recent plummeting, it is hard to know whether cryptocurrency will rebound or become a thing of the past. With a possible recession on the way, people might be more apt to put their money into safer investments.

All of that being said, Pimentel and other experts believe these crashes are temporary. But be wary of investing all your money into cryptocurrency just yet. If you do want to invest, Pimentel says that it is important to ask the same questions from companies as you would when investing in stocks. And know that the system is still in its early days, so volatility is to be expected.

“You have to ask yourself what you can afford to risk. If you want to put $100 into cryptocurrency, you have to be okay with the idea of losing all that money” Pimentel warned.

And with crypto companies having crashes every few weeks, it seems as though Pimentel is right.

About Paula ter Kuile 10 Articles
Paula ter Kuile is a freelance writer living in Toronto. When not writing you can find her wandering around High Park, sipping coffee at a local coffee shop or taking in the latest art exhibit.

Daniel Eberhard is the CEO and founder of KOHO, a company helping Canadians take control of their financial future without […]

We recently caught up with Andrew Kiguel, CEO and Co-Founder of Tokens.com to find out more about what they do […]

Homegrown Business: Teach Kids the Value of a Dollar with Explorer Hop

Learning the value of your money is a vital to living in Toronto in this day and age. For this […]