Located just over 50 kilometres southwest of Toronto is the city of Hamilton. With a population over 500,000, the city is one of Canada’s top 10 most populated cities. While visiting such a large city, it is tough to determine exactly what to do. And with so much to do, we thought we would break down the attractions into different categories, starting with its historical attraction. So for this post, we visited our favourite historic sites and museums. 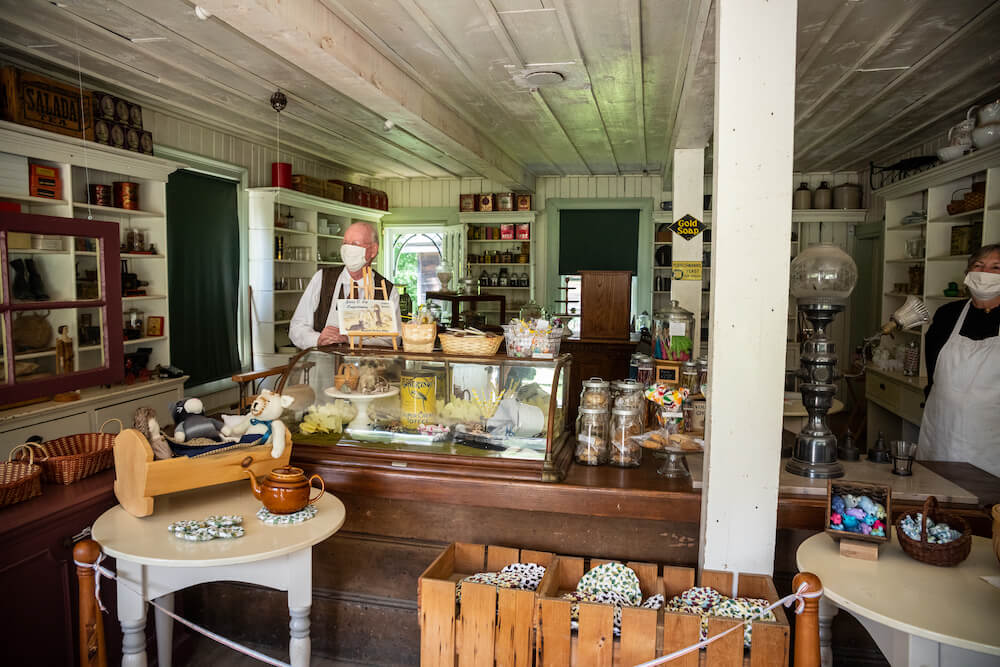 To get to Hamilton, we accessed the press fleet at Kia to try their new Kia Carnival, a modern take on the minivan that takes automation and family trips to the next level. Dual sunroofs for front and back, dual sliding doors with keyless automatic entry, airplane style screens behind the front row headrest and 2 rows of heated and ventilated seating made the trip easy and comfortable. A very cool feature was the driver and rear passenger talk system that records a message and delivers it to those at the opposite end of the vehicle. So no more yelling! Blind spot view cameras on indication was also great for added safety. 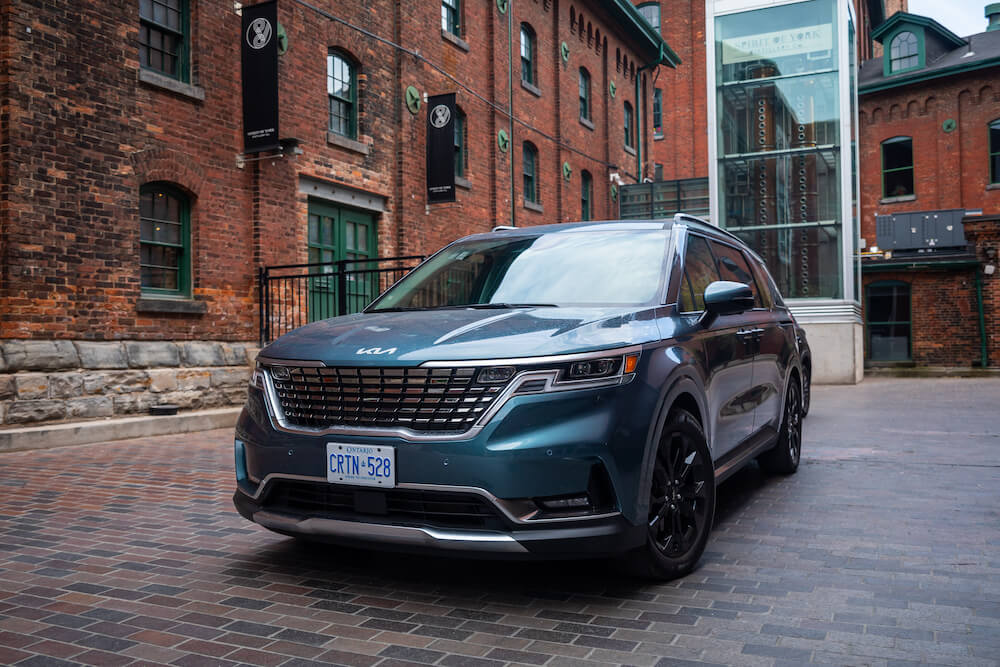 Once we were on the road, we set in our destinations and headed off to Hamilton, and our first destination.

Learn about the evolution of Canadian military planes and its men and women at the Canadian Warplane Heritage Museum located at the Hamilton International Airport. 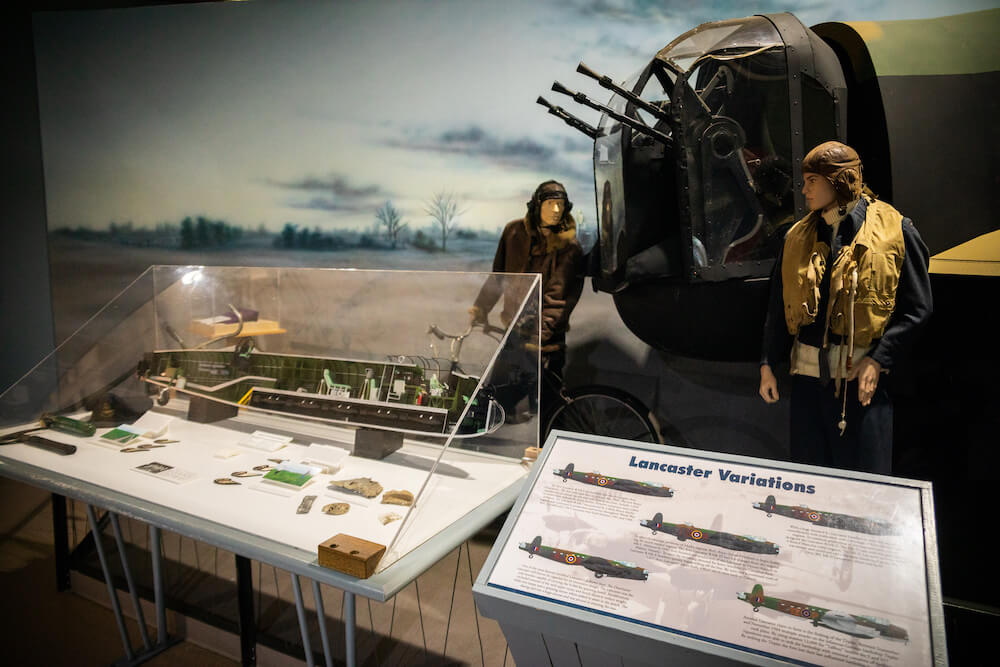 The first section of the museum showcases a lot of information about life for those who worked in the military as it relates to airplanes and the technology evolution. It showcases snapshot of their functions and the types of planes and gear they used throughout time from roughly World War 1 and World War 2, with some information about more modern aircraft. They also have anecdotes of people’s experiences, some of which are amazing to learn about.

The hangar at the museum and the outside area includes around 50 planes, some of which are still functioning. Here you can get up close with some amazing aircraft and even check out dioramas and cutouts of aircrafts and engines. 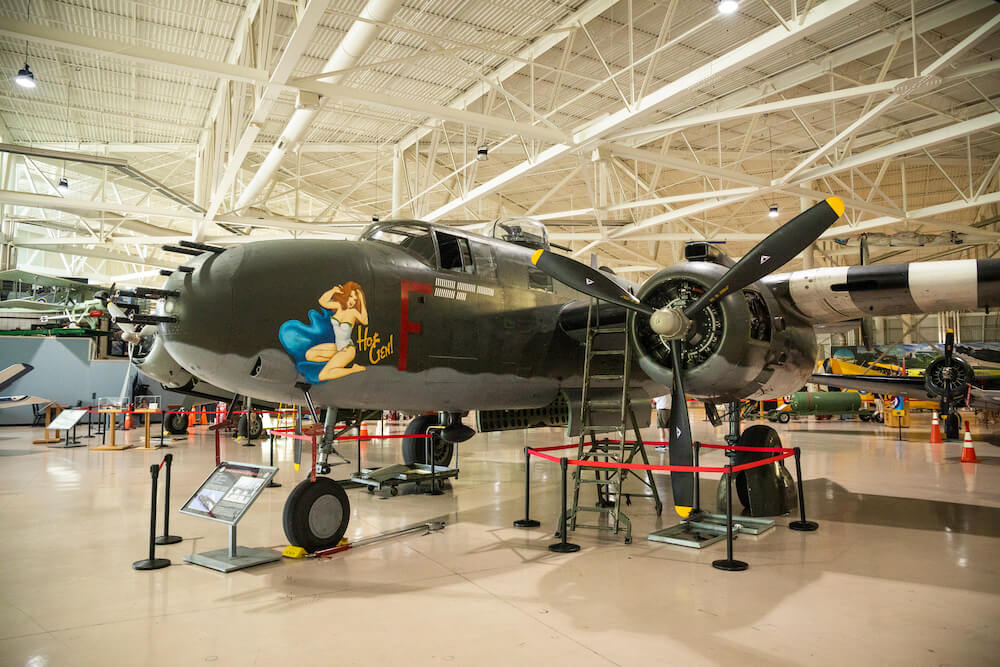 The simulation area allows you to fly simulated missions with control sticks and large screens. Be sure to book these in advance.

The gift shop at the end of the museum has a ton of stuff to purchase which helps fund the museum, so please grab some items and help them and the volunteers keep this awesome place running. I grabbed some Avro Arrow merchandise because I find the story surrounding that aircraft and its quick decommission a fascinating story and wanted to keep a bit of history with me at my home.

If you love old-timey villages then you should check out the 35 historical buildings that make up Westfield Heritage Village. Carefully restored building complete with costumed staff and volunteers showcase life and early Canadian culture. 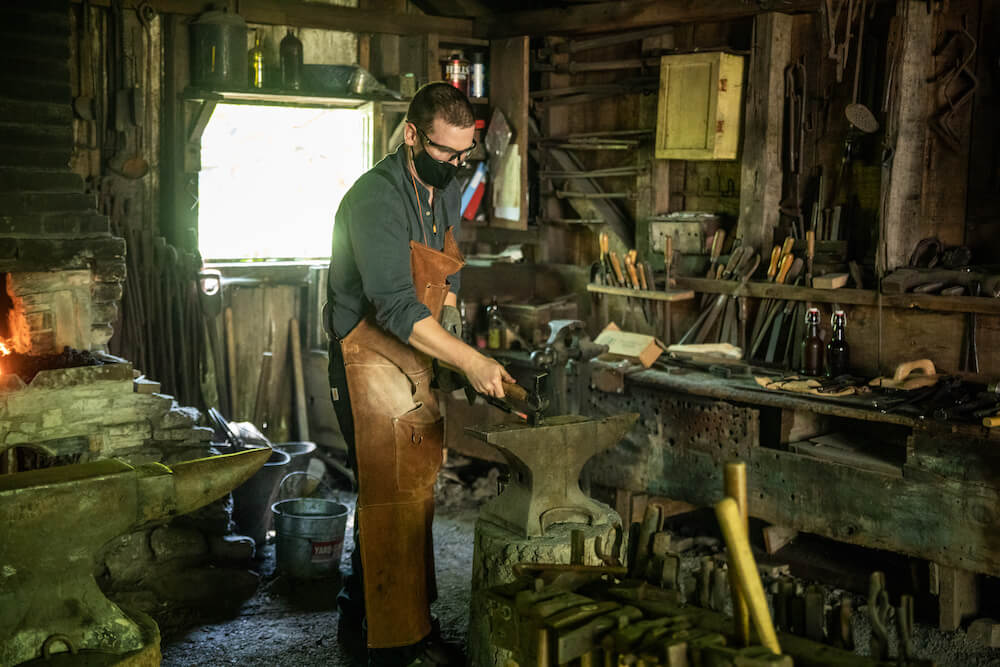 Some of the most interesting buildings include a working blacksmith with volunteers who have passed on training to younger generations over the years, a general store with items to purchase including candies and items made by the blacksmith. An old train station showcases how the station was run, still with scribbled writing on the wall next to the telephone where the receptionist would take notes. 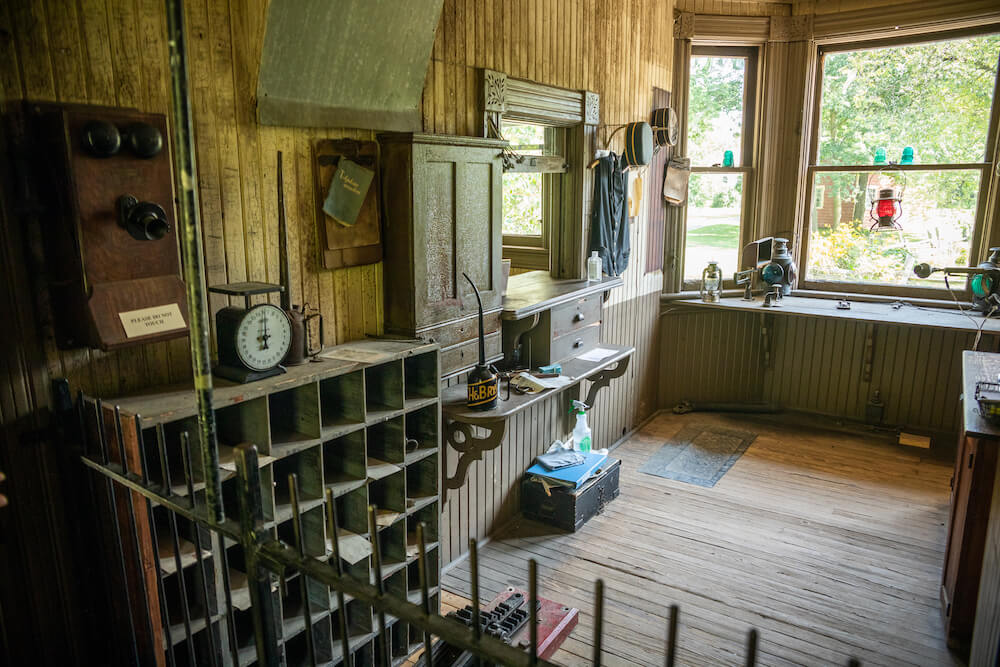 An old train that was moved from a different location also sits on the site with the steam engine locomotive and a caboose to explore.

An old home that was moved from its original site elsewhere was restored to its look from the mid 1900s with furniture, kitchen and many bedrooms to explore. 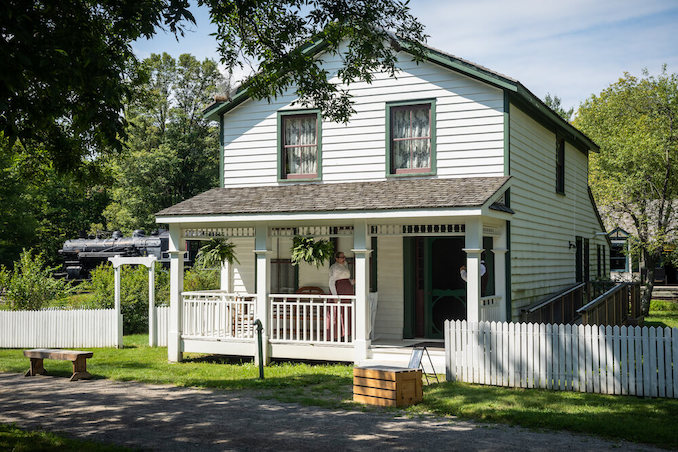 The site also holds 204 hectares of Conservation Area that many come to bike and walk. The 8 kilometres of trails take you through natural woodlands, plantation forests, provincially significant wetlands, meadow areas, and cultural heritage features from past farming operations.

In 1835, architect Robert Charles Wetherell completed the Regency house called Dundern Castle in Hamilton, Ontario. The neoclassical mansion is 1,700 square metres and took 3 years to build at the cost of $175,000. Canadian political leader Sir Allan MacNab, later the Premier of the united Province of Canada between 1854 and 1856, was the owner who had the house constructed on the site of a small home owned by one of Hamilton’s early settlers, Richard Beasley. Camilla, Duchess of Cornwall and 2nd wife to Prince Charles, is a descendant of Sir Allan MacNab and is the Royal Patron of Dundurn Castle. 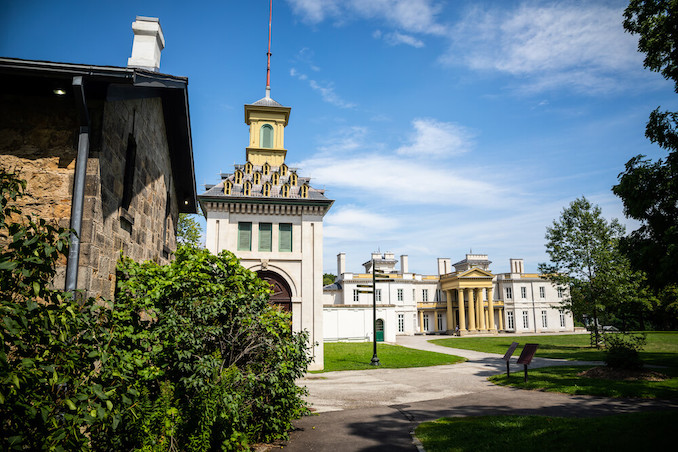 Dundern Castle was known to have extravagant parties which were visited by esteemed guests such as John A. Macdonald and King Edward VII. The forty room estate was equipped with modern luxuries like gaslighting and running water.

After MacNab’s death in 1856, the site was used as an institution for deaf mutes and then was purchased by Donald McInnes. In the 1960s the house had its restoration as part of a centennial project and the site is now a National Historic Site of Canada.

Built in the late 1840s, the the Whitehern Historic House was once the home of the McQuesten family which included Mary Baker McQuesten and Thomas McQuesten. It is located on the corner of MacNab St. South and Jackson St. West just east of the Hamilton City Hall and behind the Canadian Football Hall of Fame, another historical attraction that we were unable to visit this time. Maybe a sports edition of Hamilton is in our future? 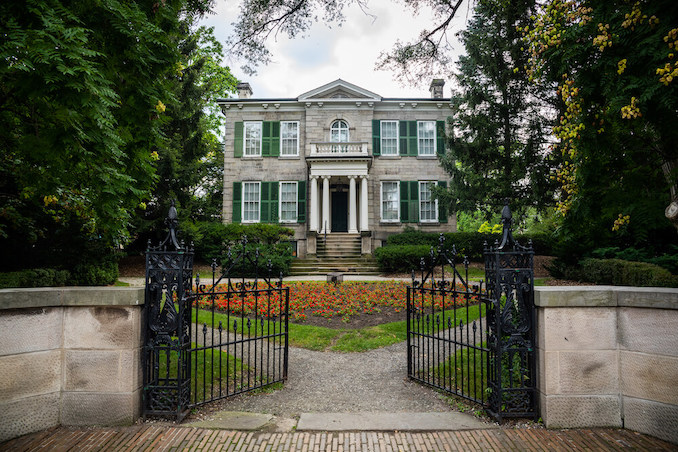 Thomas McQuesten was a politician in Ontario. From 1913 to 1920 he was an alderman who had strong beliefs in parks and was a chairmen of the Works Committee.From 1934 to 1943 he was a member of the Liberal Party of Ontario representing the riding of Hamilton-Wentworth. He was cabinet minister for Mitchell Hepburn (1934-1942) and Gordon Conant (1942-1943). During this time he served concurrently as the minister of highways and of public works. During his time, his highway accomplishments included:

• The Queen Elizabeth Way and the Burlington Bay Skyway Bridge linking Toronto, Ontario with Fort Erie[2]
• The Niagara Parkway along the Niagara River and the Rainbow Bridge over it in Niagara Falls
• The Blue Water Bridge in Sarnia
• The Highway 20 link to the Niagara Escarpment in Stoney Creek.
• The Highway 2A through Oshawa, Ontario, now Highway 401.

His works with parks had him being instrumental in the formation of the Royal Botanical Gardens, the Rock Garden and other landscaped areas in Burlington Heights which became part of RBG. He also served for a decade as the appointed chairman of the Niagara Parks Commission and Fort George at Niagara-on-the-Lake was rebuilt during his tenure.

He was also instrumental in the movement of McMaster University’s relocation from downtown Toronto to west Hamilton in 1930.

In 1948, McQuesten passed away from cancer, the same year he was named Hamilton’s Citizen of the Year.

In 1962, the Whitehern Historic House and Garden was designated a National Historic Site of Canada.

In 1968, when the last of Thomas McQuesten’s five unmarried siblings passed away, the home was willed to the City of Hamilton. The city restored the house and upon its completion in 1971, opened it as a civic museum, and occasional film set. 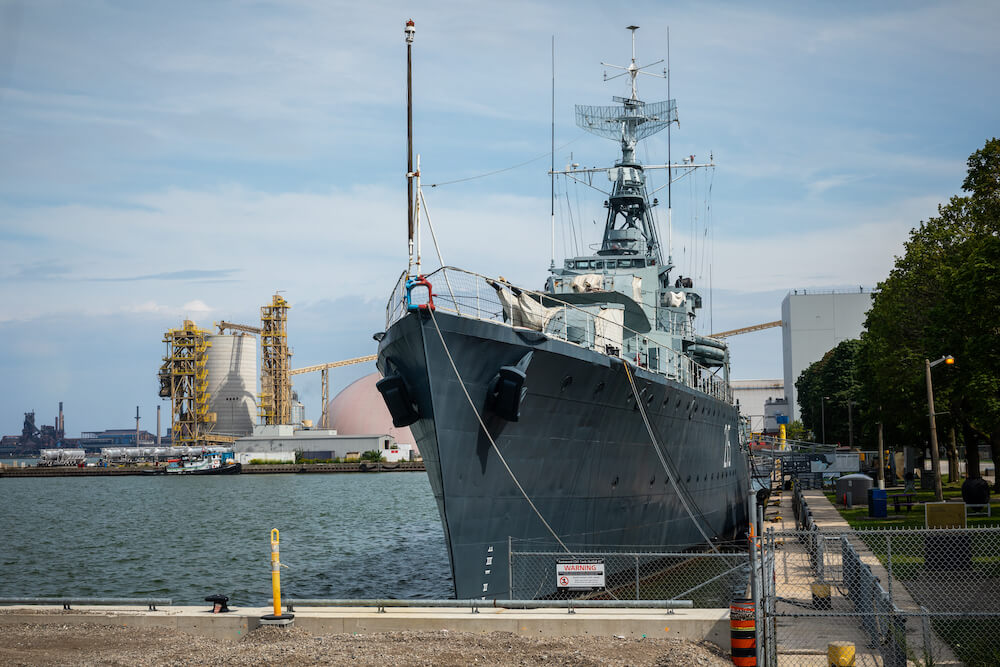 In 1963, the HMCS Haida was decommissioned. It was sold and became civilian property in 1964 and was later towed to Toronto. In August 1965, the ship opened to the public at the foot of York Street but in the late 1960s it was sold to the Ontario Goverment for $1 and was moved to Ontario Place where it stayed as one of their main attractions as a museum from 1970 until 2002. In 1984, it was given the National Historic Site of Canada designation. In 2002, the ship was moved to Hamilton and was sold to the Federal government and retrofitted with a $5 million hull repair.

Curated Collection of Vintage Photographs of Paramedics and Ambulances

We have shared an album of police officers, one of firefighters and their trucks, this week we are sharing vintage […]

For some, summer in Toronto means summer camps and camping throughout Ontario. So for this week’s curated collection of old […]