Our review of The Quarry, developed by Supermassive Games. Available Now for PS5 (reviewed), PS4, Xbox X/S, Xbox One, and Windows. 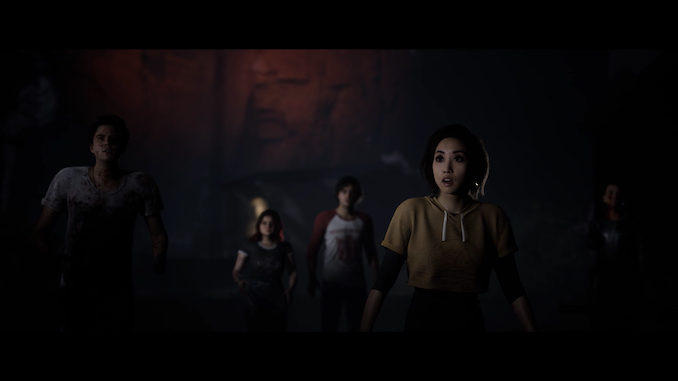 Scooby Doo and the gang. 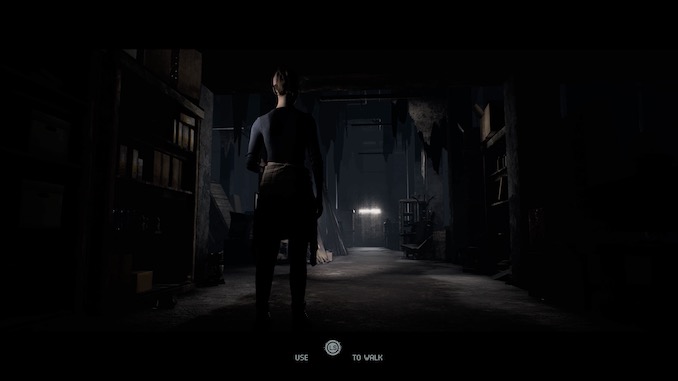 Seven years ago, future Academy Award-winner Rami Malek and a bunch of other hot young actors got themselves trapped at an abandoned mountain lodge, picked off one by one by unseen foes of debatably supernatural origins. Until Dawn, arguably the greatest horror/comedy video game ever made, was a minor PS4 masterpiece. Gleefully cliché, over-the-top, often absurd, it was also terrifying. Aided by its impressively robust consequence system – characters could easily die if you did or said the wrong thing – Until Dawn had all the trappings of classic B-horror fare, and all the amazibad writing to make it work. Until Dawn made us laugh and shriek with terror, and it had a plot strong enough to keep us entertained.

Supermassive Games’s bespoke choose-your-own-adventure system, a complicated branching narrative tree that sees decisions big and small affect the outcome of the game, was the highlight of Until Dawn. Getting emotionally invested in characters played by the likes of digital Rami Malek and digital Hayden Panettiere is that much easier when you know that every word you speak, every decision you make, could lead to their eventual death – or salvation.

Supermassive’s subsequent efforts in the so-called “Dark Pictures Anthology” have all been pale imitations of that brilliant original. Man of Medan, Little Hope, House of Ashes were all middling to incompetent attempts to recreate the Until Dawn magic. The Dark Pictures have been plagued by obvious budgetary constraints and weird plotting choices – including a self-seriousness that sucks most of the humour out of the B-horror vibe. Until Dawn understood that all a great B-horror story needs is dumb teens doing dumb things, punctuated by scary stuff. Why Supermassive jettisoned that in favour of truly depressing content – such as most of Little Hope – is beyond me.

Even as “Dark Pictures” plods along – another entry is due out next year – Supermassive has seen fit to grace us with the game that comes the closest yet to evoking the Until Dawn experience. It’s got dumb teens and meaty roles for horror greats – David “Dewey” Arquette! Grace “Sarah Palmer” Zabriskie! – and it’s explicitly designed to be played by a bunch of friends gathered ’round the TV, preferably with beers and pizzas in hand. The Quarry is the spiritual successor to Until Dawn that we didn’t know we needed, and it’s got the sense of humour to prove it. 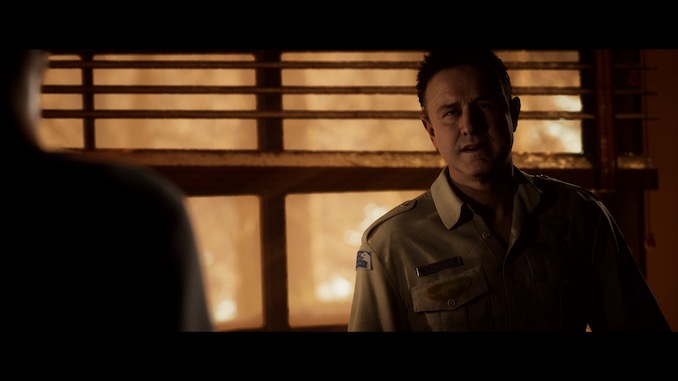 LOST IN THE WOODS

The Quarry is the Friday the 13th of video games. Featuring a stellar cast of uncanny valley actors like Ethan “It’s a Schooner!” Suplee, Star Trek: Picard‘s Evan Evagora, and Justice “Pikachu” Smith, it tells the tale of a group of horny teenagers being terrorized by a greatest hits of horror movie baddies. The setting, a summer camp at the fictional Hackett’s Quarry, is suitably dark and scary, with ever-shifting shadows and creepy old cabins to explore. Events kick off on the final day of summer camp, with the last kids pulling away in a school bus – a convenient plot point that avoids placing actual children in danger – leaving only a handful of camp counsellors behind. Teens being teens, the desire to party hard (and flirt harder) keeps them at Hackett’s Quarry one extra night, in flagrant disregard of the warnings of their elders, including the aforementioned Arquette as camp manager.

Gameplay in The Quarry is all from the third-person perspective, with players controlling characters as they wander campgrounds that are heavy on creaky boardwalks and light on cell phone service. It’s a dialogue-heavy game, which means you are constantly having to make conversational decisions in order to progress the plot. Do you side with this character in an argument; do you flirt with that one? Some choices are easier than others; the tougher ones usually pause the game so you can furiously debate with friends which path to choose. On that note, The Quarry is very much meant to be played with a group, each person taking turns controlling their respective character(s). It doesn’t really matter who’s holding the controller at any given moment; the point is for everyone to watch the scary stuff together and collectively decide how to react.

The active player really only matters for the action scenes. Interspersed between the exploration and dialogue, you regularly find yourself in action-heavy “quicktime” sequences, where quick button presses are required in order to avoid threats or navigate environments. Sadly, these quicktime events are too easy, and very generously timed, so it’s unlikely you’ll lose too many, if any, characters due to a slow button press. It’s an overcorrection to the tough control scheme in previous Supermassive titles, making The Quarry the easiest of these games to date. Part of the tension of Until Dawn was that you knew that, at any time, a missed directional button could send your character falling to their death. Tension in The Quarry isn’t non-existent, but it’s still far less than it should be. 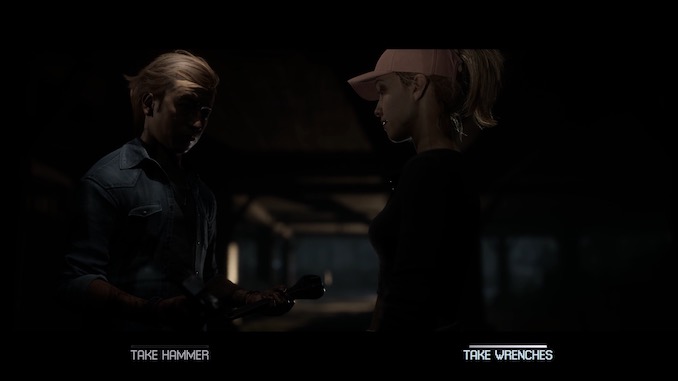 The Quarry‘s near-fatal flaw is that it just isn’t that scary. It has atmosphere, yes, and there are one or two decent jump scares. But it’s striking that across its nine-hour campaign, myself and my friends rarely felt truly scared. And I think I know why.

It’s not quite fair to call The Quarry predictable, but it does follow a fairly rigid structure that doesn’t leave much room for surprise. Back in Until Dawn, the story was legitimately unsettling because it was off-the-wall bonkers. One minute, you’d be surrounded by zombie wildlife. The next, you’d find yourself chained up in a Saw-like torture machine. Until Dawn left you feeling off-balance because the game itself was off-balance. Raw, untested, new.

Five Supermassive games in, The Quarry lacks that rawness, precisely because of how polished the whole thing is. It’s like watching a B-movie director who’s been handed a blockbuster movie, only to get lost in lazy CGI because they don’t have to hack together makeshift special effects anymore. In The Quarry‘s case, this translates into a finely honed cooperative horror game where plot points land where and when you’d expect, and where consequences of choices are telegraphed a bit too well. The return of a “host character”, with Grace Zabriskie taking on a role previously held by Peter Stormare and Pip Torrens, only adds to the feeling of Supermassive doubling down on the house style. I won’t lie: the first time the game ground to a halt so we could check in with Zabriskie’s Fortune Teller, our gaming group all groaned.

To be fair, though, we also laughed. The Quarry is a game made for laughter. It’s hilarious watching dumb teens make dumb horror movie choices, and it’s even funnier when you’re the one making those choices. It’s a fine balance between being deliberately stupid for the sake of it, versus trying to make the choices you think your character – the dumb jock, the hot influencer, the geek – would actually make in the circumstances. This is also where The Quarry is at its best: when you’re confronted with obviously branching paths, and your friends are all shouting at you to pick their preferred option before the timer runs out. That’s also true for the spur-of-the-moment action sequences: some of The Quarry‘s most exciting (if not particularly frightening) sequences involve the split-second choices between, say, hiding under the stairs or climbing out the window. One of my characters lost their life because I couldn’t bring myself to, quite literally, pull the trigger at a key moment. 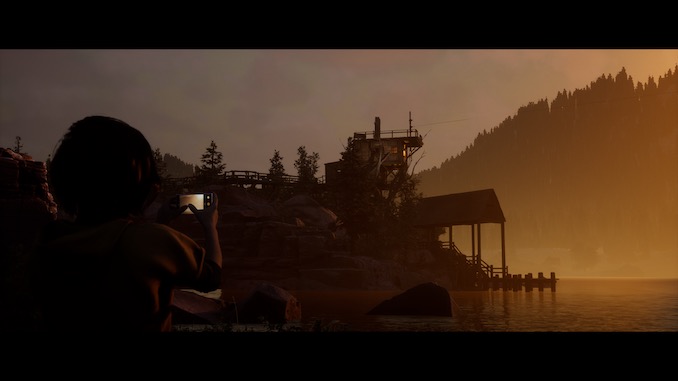 The Quarry is the perfect party game.

If you like laughing and occasionally screaming at a B-horror movie with a group of friends, this is where you need to be. The acting is very good. The (too tidy) storyline is logical and satisfying. The spooky bits are less spooky than they might have been, but on occasion they do offer some surprises. Most of all, the very nature of the game, which encourages you to gather with a group of friends and shout at the TV, is exactly the type of thing for a fun Saturday evening.

I will never not say yes to a video game that sees the sheriff from Scream hamming it up as an overzealous camp administrator, or one in which a beloved character can get unexpectedly sliced to pieces because of a misguided dialogue choice. The Quarry will make you laugh, and it will occasionally make you scream. It may be a bit too slick for my liking, but I’m happy that the Until Dawn spirit lives on.

Our review of Death Stranding Director’s Cut, developed by Kojima Productions. Released on September 24, 2021 for PS5. WHAT IS […]