Our review of The Dark Pictures Anthology: Little Hope, developed by Supermassive Games. Released on October 30, 2020 for PS4 (reviewed), Xbox One, and Windows.

A B-horror movie masquerading as a video game.

Friends gathered at a Halloween party. 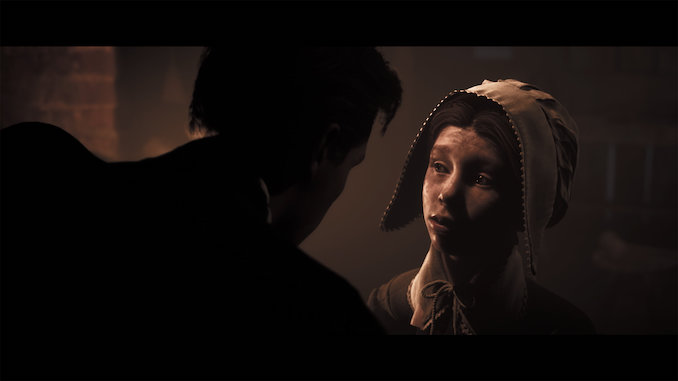 Supermassive Games’s first experiment in the interactive B-horror genre, 2015’s Until Dawn, is one of the best party games I’ve ever played. Gather a group of friends in your living room, take turns controlling a delightfully cliché cast of knucklehead college kids doing their damndest to get themselves killed, and you’re guaranteed a gleeful evening of screams and laughter.

Little Hope also suffers from the same self-seriousness present in Man of Medan, including a reliance on decidedly un-spooky real world tragedy. In fact, Little Hope‘s harrowing prologue sequence contains no otherworldly elements at all: something terrible happens, a large number of characters die, and then we move on to the main story. It’s an unpleasant way to begin something advertised as B-horror, and operates as a mood-killer if you’re playing with friends. 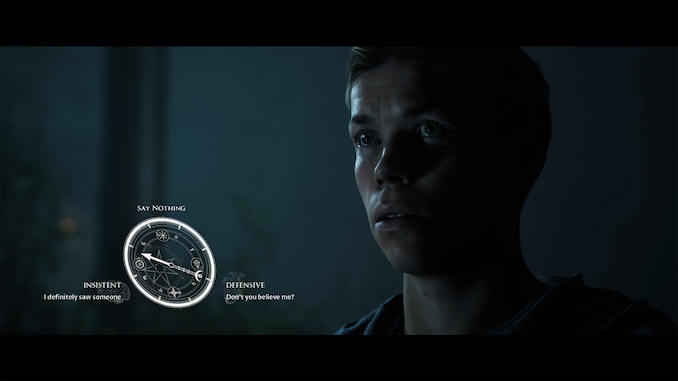 I played Little Hope the way it was meant to be played: on Halloween night, with a socially-distanced group of friends (the game has both online and local co-op modes), and with pizza and sushi at the ready. We were dressed as Shaggy, Velma, Other Mother from Coraline, Doggface, and Rosie the Riveter: you couldn’t ask for a better group of friends to go wandering through the eternally foggy ghost town of Little Hope.

Setting aside the disconcerting opening sequence, Little Hope actually does a pretty good job of setting its B-horror mood. There’s a bus crash, your motley crew of college students + one grumpy professor find themselves stranded outside the eponymous town, and things get spooky. You’ll note I did not say “quickly” get spooky, because one of Little Hope‘s many sins is that it takes forever to get to the good stuff. The cast spends a great deal of time bickering with each other, wondering where to go, and taking forever to actually go there. It’s a good third of the game before you even set foot in Little Hope proper.

At its core, Little Hope is a game about witches – or, more specifically, a fictional Salem-like witch trial that occurred in the village of Little Hope in the late 17th century. As you explore, alternating between characters on a fairly regular basis, you catch hallucination-like glimpses of the witch hunts.

The catch – which really isn’t as novel as the game seems to think – is that the 17th century characters are all the spitting image of your modern-day protagonists. Is there some supernatural link that binds Shaggy et al to these Puritans long since dead? Will the mystery of the little girl of the woods ever be resolved? Was it really just Old Man Jenkins all along? 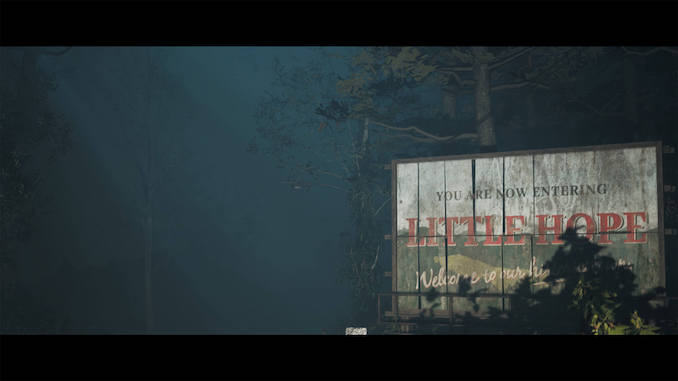 WE’VE GOT SOME WORK TO DO NOW

Too much of Little Hope cries for a good edit. The repetitive jump scares. The too-serious veneer given to something that’s been explicitly marketed as a party game in the B-horror vein. The endless bickering.

The choose-your-own adventure gameplay is also way too dialogue heavy, with not enough action. Supermassive appears to have taken the wrong lesson from last year’s Man of Medan: where that game’s blisteringly difficult quicktime sequences would regularly lead to character deaths, Little Hope‘s action sequences are so simplistic – and so infrequent – that it’s rare you’ll feel like you’re in any real danger. Until Dawn already did this right – there’s nothing quite like that time I got that one dude killed after accidentally antagonizing a zombie deer – and I don’t understand why Little Hope gets it so wrong.

Weirdly, the game is also Player-One-centric: at the start, you’re able to assign one character to each real-world player, in theory giving everybody an equal opportunity to play. In practice, however, the game keeps circling back to college kid Andrew, played by familiar Hollywood actor Will Poulter. Poulter is no stranger to the genre: he also appeared in choose-your-own-adventure Black Mirror episode “Bandersnatch”, and in one of my favourite recent horror films, Midsommar. While it makes sense Little Hope wants to foreground the closest thing it has to an A-List star, it comes at the expense of narrative and gameplay opportunity. Everything revolves around Andrew, and the player who happens to choose Andrew gets the bulk of the playing time.

For a Halloween party, Little Hope isn’t such an awful way to spend a couple spooky hours. Jump scares are still jump scares, and, despite its self-seriousness, Little Hope is still good for the occasional scream-laugh. I also appreciate its nods to classic horror fare like The Blair Witch Project and the more recent The Witch (to which this game owes a great deal).

But homage only gets you so far. From its unpleasant prologue through to its incredibly depressing finale, Little Hope really does feel like a game that could have learned a few more lessons from its progenitors.

Until Dawn had Rami Malek trapped in a Saw-like torture device.

Little Hope has Will Poulter crying.

Make of that what you will.

Our review of Hitman 2, developed by IO Interactive. Released on November 13, 2018 for PlayStation 4 (reviewed), Microsoft Windows, […]