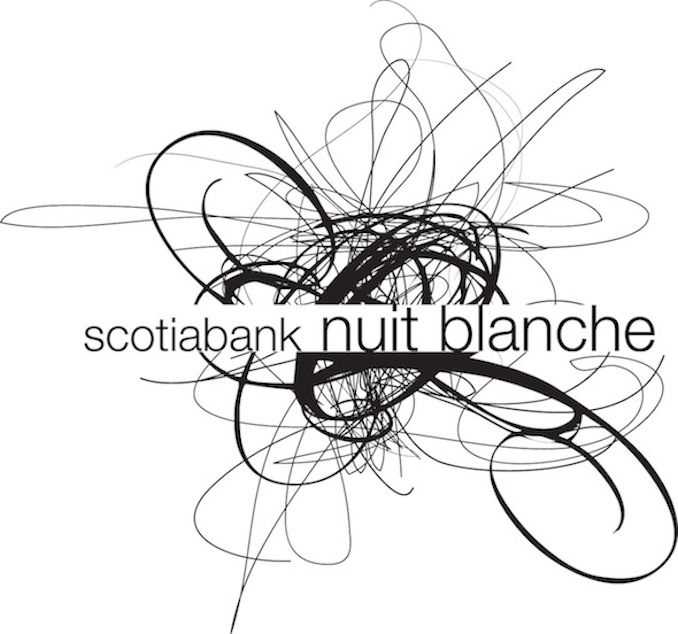 Next weekend, Scotiabank Nuit Blanche shines a spotlight on artist Peter Flemming who will showcase his installation titled “Fight or Fight” (2013) in the Roy Thompson Hall pond. The piece will be a part of Romancing the Anthropocene, one of the three major exhibitions at this year’s festival. I had the opportunity to speak with Flemming, a folk machinery artist who currently lives in Montreal.

Flemming is interested in the mechanics and aesthetic of kinetic (moving) sculpture. His installation “Fight or Fight” will consist of four kinetic fish rods positioned at each corner of an artificial pond. The opposing rods will act as hunters, pulling at a quarry installed in the middle of the pond, which will create a tug of war effect over their desired prize.

Classic training in art, for Flemming, emphasizes the importance of three elements: shape, colour and form. He describes motion as a fourth aesthetic dimension that has personally resonated with him. By adding the element of motion into his installations, Flemming views his creations as aesthetically full or complete.

The mechanics of his kinetic sculptures function through various forms of energy producers without electric cords plugged into the wall. “Fight or Fight,” for instance, will be relying on batteries for power. Flemming’s favorite hardware to work with is electromagnets. He has also worked with objects such as salvaged electric and gear motors, levers that push and pull, and solar power.

Making systems without knowing the consequential response or end product is something that Flemming says he enjoys. Instead of focusing on an end goal, he likes to tinker around in his studio located in Montreal’s Little Italy.

The neighbourhood is currently transitioning from the city’s garment district to a residential neighbourhood, and because of this, many of his neighbors are throwing out lots of “stuff.” Luckily, Flemming described himself as a “packrat”, collecting a variety of artifacts from around the city and then making sense of them through his tinkering.

Flemming was inspired to be creative during his childhood. His parents were supportive, providing music lessons and having crafts around the house. He describes his father fixing the laundry machine (instead of buying a new one) in their family living room as impetus for his approach in the studio. Flemming also describes the piano as an important early influence. He would open the lid, peer inside, and study the mechanisms that would cause the piano’s sound. He grew up to eventually attend Ontario College of the Arts (OCA).

Flemming owes his involvement in this year’s festival to Romancing the Anthropocene curators Ivan Jurakic and Crystal Mowry. Mowry and Flemming have known each other since studying together at OCA, so he trusts and agrees with her outlook, he says. The exhibit features 15 installations that will span west of Yonge on King St., to Bay St., south of Richmond St W.

Make sure to get out and participate in this celebration of contemporary art!

To check out Peter Flemming’s works, check out www.peterflemming.ca

Margaux Williamson installation “How to see in the Dark”

How will Margaux Williamson’s installation stand out at this year’s Scotiabank Nuit Blanche? “Oh, that’s easy,” she says. “It will […]