There is a new young Toronto artist who is constantly shocking her fans with exciting new ear candy to blast in headphones for an instant surge of adrenaline. Ashley Sienna, an 18-year-old pop singer-songwriter from Toronto, Canada, became obsessed with crafting clever lyrics and composing unique melodies ever since she wrote her first original song at the young age of 11.

Today, she has over 24 released originals, including her debut EP, “Out Of My Head”. With Ashley’s upcoming EP, “Restart”, she takes on a darker pop, inspired by her recent favourite artists, Billie Eilish and Madison Beer. It will bathe you in powerful emotions as addicting melodies, vocoder harmonies, heavy bass, and electrifying beats flow through your body.

Catch Ashley live streaming on Sessions Live, where she sings and interacts with fans on a daily. She is a top streamer on the platform and won 1st place for the Sessions Live Rising Idol competition, winning a featured billboard in LA. Sessions also invited Ashley to perform at the Life is Beautiful Music & Arts Festival 2021 in Las Vegas, NV.

Whether you’re hopelessly in love with someone you can’t have or are feeling melancholy, Ashley Sienna’s music takes those vulnerable emotions and turns them into confidence and power, embracing these feelings instead of pushing them away.

Ashley is currently releasing a few singles from her upcoming EP “Restart”, before the big drop. Be sure to check her out on all streaming platforms. 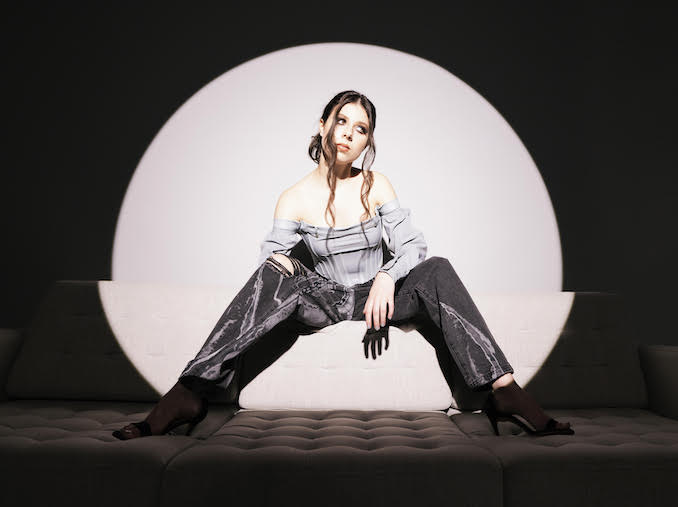 Pop, with a slightly darker feel in my upcoming EP!

1 EP, and another being released in the coming months

Latest released EP is “Out Of My Head”, but stay tuned for my “Restart” EP (it takes my music to the next level).

“Damn Those Eyes”, a single from my upcoming EP

Taylor Swift – her Fearless album was my first CD

In the car on the way to the show, my family and I blast my music and we all sing and dance to it, hyping me up for the show.

Alessia Cara has the catchiest bops

EP’s – so we get new music more often, instead of waiting for a whole LP.

I’m naturally a night owl, but recently started forcing myself to wake up early in the mornings to get more done – I’m actually starting to like it 🙂

I haven’t toured yet, but watch out, it’ll happen soon 😉 I would choose the road because I absolutely love performing and bonding with the audience through my music.

I’m super excited for the release of my next EP, “Restart”, which will be out in the coming months. It has a darker pop feel, like my latest single “Damn Those Eyes”, one of the songs from the EP. I will be releasing a few more singles before the full EP drop.

There are so many amazing restaurants in Toronto, but recently I’ve been visiting the Danforth a lot, because although I’m not Greek, I love Greek food.

Yorkville Avenue – I find it cozy, and always feel so inspired when I visit.

High Park – It holds so many memories for me, including feeding squirrels and learning to rollerblade as a kid. It’s so beautiful every season.

Small venues are very intimate, but I feel like nothing beats the energy found in huge venues like the Scotiabank Arena.

“A Day in the Life” with Toronto Creative Amanda Martinez

Amanda Martinez has had a calling to perform since a young child. After attending ballet and musical drama summer camps, […]