For Toronto-based singer-songwriter Kirty, making records is the art of making time capsules of your own life. She’s been at it since she was a kid, growing up on a hobby farm outside of Orillia, Ontario. A middle child in a large musical family, from a young age she was taught the country, folk, and rock n‘ roll standards, sparking in her those natural, timeless kind of songwriting instincts that can only be cultivated from the pop songsmiths of the 20th century.

Also a member of acclaimed indie-rock group Fast Romantics, Kirty released one solo record in 2016 that found success on Canadian radio. After a whirlwind of new musical influences reached a climax in 2019, she began working on her second record. Songs came fast and furious, marking in time her experiences on the road, the passing of close family members, and a growing relationship — both musical and romantic — with her Fast Romantics bandmate and songwriting partner Matthew Angus. 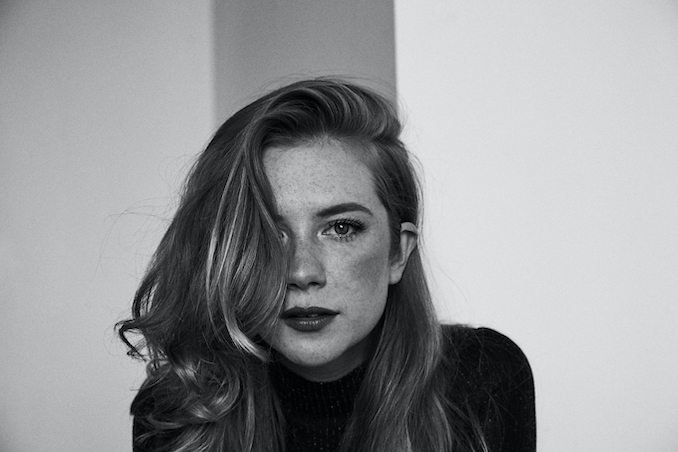 Pre-Save / Pre-Order for my new album “We Are All on Fire”
https://ffm.to/weareallonfire

Latest Single: “Turn You On”

Simon & Garfunkel, The Band, Sarah Harmer, Blue Rodeo, anything my mom listened to.

Get dressed and put my make-up on in quiet, get some stretches in with the band, listen to some tunes, jump around a bit, then shot of tequila (it’s a slow build of getting energized before hopping on stage).

Early bird. Can be converted to night owl but it takes a few nights on tour to warm up to it J

The road! I can’t sit still in the studio (even though I enjoy it). Being on tour is a lot more my speed. There’s nothing that beats playing live.

Very excited that my new album “We Are All on Fire” is coming out August 20th, 2021! I’ve been working on these songs for a while, and I’m thrilled to put them out into the world.

Queen. Everything for me happens on Queen.

Bellwoods – I love people watching and there’s ice-cream and coffee right across the street.

The Horseshoe Tavern. So much history in that building and so many amazing shows and experiences I’ve had there.

When I’m touring, or just on a little road trip I LOVE stopping in a small town and going through the Harvey’s drive through.

Hailed as an ‘Artist to watch’ in 2017 (Google Play), Fast Romantics is comprised of Matthew Angus (vocals, guitar), Jeffrey […]