Our review of G-Darius HD, developed by Taito. Available now for Switch (reviewed) and PS4. 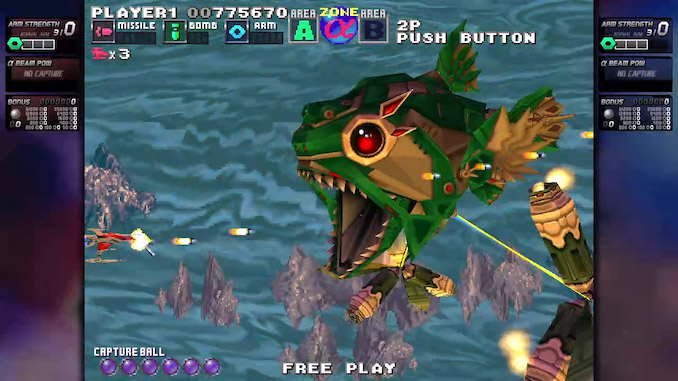 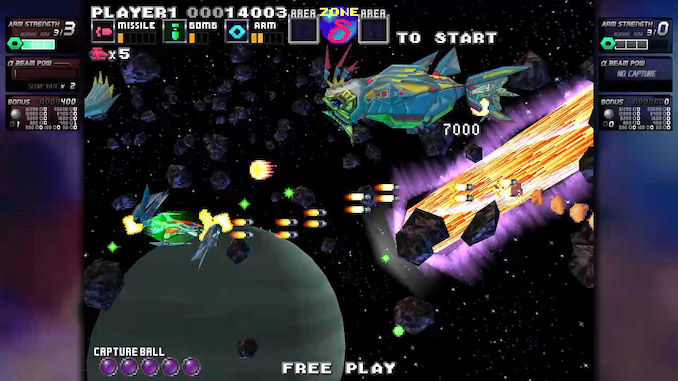 Taito has been on a bit of a roll lately, releasing not one, not two, but three console ports of their shmup classics.

The latest, G-Darius HD, is a quasi-HD upscale of a 1997 release once heralded as the greatest entry in one of the greatest shmup series of all time. I’m not entirely convinced that’s the case, but the Switch/PS4 re-release is certainly one of the better instances of the genre to come out in recent years. Even if it’s “only” a port of a 24-year-old game, it’s a good one. 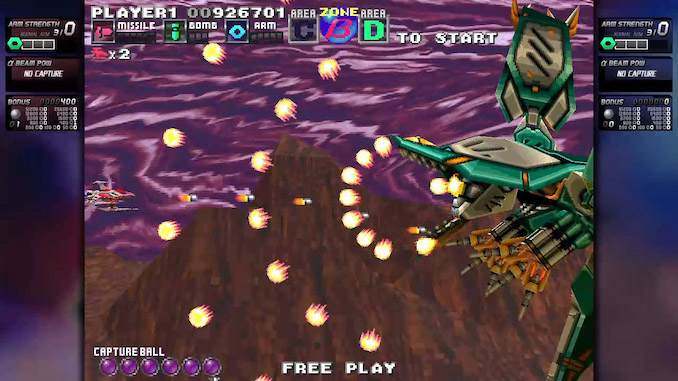 LURKING IN THE DEPTHS AND IN THE SKY

G-Darius HD is an aquatic-themed shoot-em-up, or “shmup”, built around a gauntlet of monstrous robo-alien enemies with screen-filling attacks. Like other shmups of the era, it’s not so much meant to be beaten, as overcome. You learn it, inch by inch, pixel by pixel, until you can race through it again and again chasing high scores. The game can be completed in about twenty minutes, but only after you’ve learned its every enemy pattern, every last-second dodge.

G-Darius HD‘s port is pixel-perfect, right down to the arcade board lag caused by too many enemies on screen. Perhaps there’s such a thing as too much fidelity? As it is, this is less HD remaster and more of a mild 32-bit upscaling, the graphics coming through crisp, clear, and unmistakably 1997. True, that was also the case for the recent Dariusburst: Another Chronicle EX, but that game was from 2010. Players expecting a fresh new coat of HD paint on G-Darius may be disappointed. 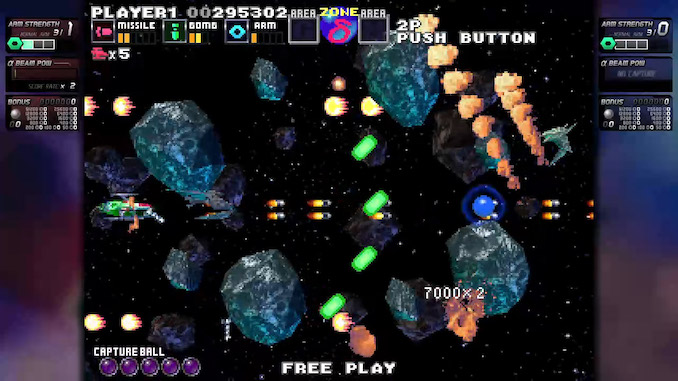 If anything, G-Darius HD is slightly more forgiving than others in the series. The novel ability to “capture” enemy ships, instantly converting them into support units, really changes the gameplay. It’s quite cool taking on a massive foe, only to inundate it with “capture balls” until you’ve taken control, the fish-like ship falling in behind you and blasting at its former allies. I also like how your ship automatically reorients itself to face oncoming enemies. A boss drops down unexpectedly from above? Your little space lasers automatically point upwards, without you having to worry about it.

Really, the only minor annoyance – aside from the dated graphics and slowdown – is the fact that some boss fights drag on forever. Some of the fun is sapped away when that damn Giant Space Piranha just won’t give up. It’s liable to give a gamer space hydrophobia.

MLB The Show 17 is great, even with diminishing returns

MLB The Show 17, from San Diego Studios, is by far the best baseball game for next generation video-game systems. […]