Opeongo is the moniker of 28-year-old singer-songwriter Keegan Trumpour of Midland.

After releasing “Miasma” in October 2019, Opeongo returns with his sophomore follow-up “we’ll all go with (the-will-o’-the-wisp)” set to be released later this year or in early 2022. 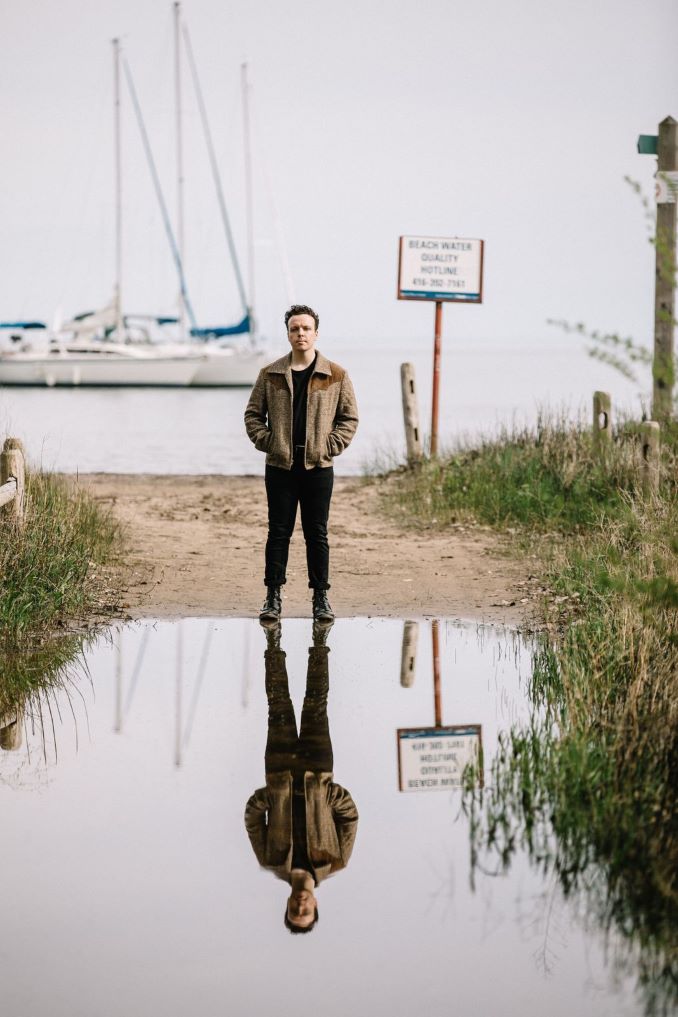 Founded: I guess I’ve performed under the “Opeongo” moniker for about eight or nine years now, however, I was born in ‘93, so established then, too, I suppose.

Elliott Smith, Adrianne Lenker, Guy Clark, Neil Young are my current favourites. Outside of my immediate ‘genre’ and those kinds of songs I usually gravitate towards, I think McKinley Dixon is doing incredibly special and insightful things.

“I Love” by Tom T. Hall. It is ridiculously hokey but if it doesn’t make you smile, y’ain’t human.

LP all the way. Novel over novella. I mean, most of the time – if an EP is all it takes to properly articulate your narrative, I admire your concision. I just want to hear all the details of the story and see to it that no detail is overlooked.

Night owl to the point of bordering on being an early bird.

I love the studio, but I have felt so sedentary as of late that I would kill to be on the road. ‘No prettier sight than lookin’ back on a town you left behind.’

No shows as of yet – taking it slowly on that front. In the meantime, my sophomore album is set to be released later this year, possibly early 2022. “we’ll all go with (the-will-o’-the-wisp” is a record I’m quite proud of and it better hurry up already, as Mr. Aaron Goldstein and I have started already on the 3rd and 4th.

I might be biased, but Union Restaurant, where I work, is my favourite restaurant in the city. Come say hi some time! Albert’s Real Jamaican is a close second.

This is a tough one. Maybe Westmount Avenue. Long live the Chalet!

Christie Pitts Park, though I have a whole lot of exploring to do ‘round this city still, so that’s certainly subject to change.

Not a venue in the traditional sense of having frequent shows, but I love playing at Motel in Parkdale. My favourite bar in the city.

Roti. Or maybe Swiss Chalet, but only the one in the Dufferin Mall.

ANXTON is a Canadian Singer & Songwriter. He is brand new to the music scene, and already building a listening […]

Juno Award winner, Dominic Mancuso is an acclaimed singer, songwriter and producer born and based in Toronto, Ontario. “The inimitable […]