Autumn is a season of cozy. There’s a crispness in the air and we’re happy about sweater weather. No really! And with proof of being fully vaxxed we can head out to explore the city. Here’s what to do this month …

PULSE TOPOLOGY: The Bentway (October 2 to 31). Internationally renowned Mexican-Canadian media artist Rafael Lozano-Hemmer’s breathtaking interactive installation takes over a secret room located behind the Gardiner Expressway at Exhibition Place (never before accessed to the public!). The installation features 3000 hanging lights that react in realtime to your heartbeat. Touches biometric sensors located throughout the exhibit allows you to contribute your pulse to the work, helping it to evolve and morph as visitors experience the space reminding us that we are not alone. Version of this installation have appeared around the world including Mexico City and Venice. Pre-Registration is required. 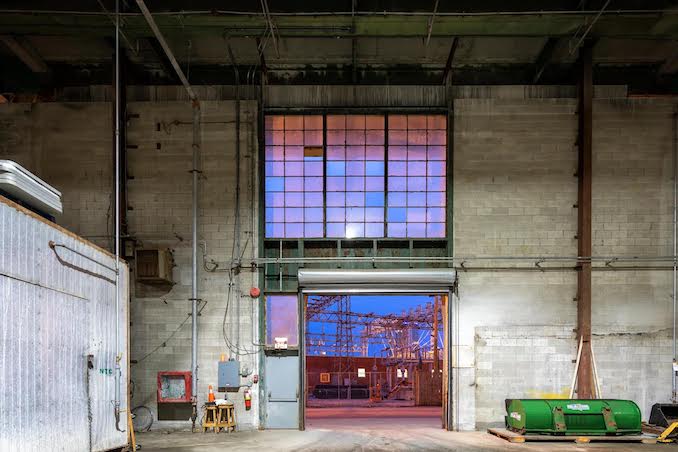 GEARY ART CRAWL: October 2 and 3. Explore Geary Avenue from Ossington to west of Dufferin in this two-day celebration of arts and culture presented by not-for-profit Uma Nota Culture. The neighbourhood will come alive with sights, sounds and tasty food along with local small businesses.

PICASSO: PAINTING THE BLUE PERIOD at the Art Gallery of Ontario: Opens October 6. Canada’s first ever survey of Pablo Picasso’s influential Blue Period brings more than 100 artworks from 15 countries to Toronto. This major exhibition combines art historic research, cutting edge conservation science and sublime works of art. It is the first exhibition in Canada to focus on the modernist master’s early years.

PLANET IN FOCUS INTERNATIONAL ENVIRONMENTAL FILM FESTIVAL: October 14 to 24. Online and in-person. Canada’s largest environmental film festival showcases a stellar line up of Canadian and International films including a few premieres. All films were selected as they address climate, environment, biodiversity, reconciliation and equity. The festival celebrates its 22nd year.

RENAISSANCE VENICE: LIFE AND LUXURY AT THE CROSSROADS: opens October 14. Gardiner Museum debuts their first major exhibition since 2020. This new exhibit includes more than 110 objects, including Venetian ceramics and glass,Chinese Porcelain, Islamic metalware, and contemporary art. Focusing on Venice as a multicultural metropolis where diverse cultural and artistic influences mingled. In addition to the Gardiner’s collection there will also be exceptional pieces on display from the ROM, AGO, Bata Shoe Museum, Textile Museum, Aga Khan Museum, The Met, V&A, Detroit Institute of Arts, Corning Museum of Glass and other world-class public and private collections. The exhibition is designed by set designer Gerard Gauci so visitors can expect a lush experience.

HIDDEN STORIES: BOOKS ALONG THE SILK ROADS at the Aga Khan Museum: opens October 9. 1,000 years of book-fuelled journey across the Silk Roads captured in this interactive exhibition. The show also gives a glimpse into the lives of craftspeople behind the making of books and the tools of the bookmaking trade — from a silver-inlaid bronze inkwell from 12th-century Iran to wooden moveable type from 18th-century Korea — revealing how ideas were physically recorded so they could travel across space and time. As a creative response to travel restrictions posed by the pandemic, all the artworks in Hidden Stories is locally sourced from Ontario-based collections, including those of the Aga Khan Museum, the Royal Ontario Museum, the Thomas Fisher Rare Book Library, Western University, and the Marshall and Marilyn R. Wolf Collection.

RUST GARDEN: Aga Khan Museum. Until February 2, 2022. Interactive installation by  Toronto-based artists Matt Donovan and Hallie Siegal. Five-by-seven-metre sandbox containing every single letter and punctuation mark (more than 700,000!) that appears in Hugh Maclennan’s 1945 novel Two Solitudes, all rendered in decaying low-carbon steel. Audience members are invited to pick up the pieces of this Can-lit classic and use them to craft their own definition of modern Canadian identity.

LUMINATO: LOVE LETTERS TO TORONTO: October 13 to 17. This season it’s all about celebrating incredible artists and places in the city. Some on our radar include Edward Burtynksy’s In the Wake of Progress: A Film by Bokeh Collective the tells the tale of humanity’s impact on our planet. New Monuments, co-curated by Julien Christian Lutz (Director X), Umbereen Inayet, and Tanisha Scott that was film don location in Mississauga with over 40 dancers. It asks us to consider the monuments of our past and cast our imaginations into a future where racism has been abolished. Guided by Starlight is a 5 part music series that celebrates Toronto’s music ecosystem, featuring local talent TIKA, SATE, Navz-47, and Zaki Ibrahim. For families with kids, check out the The Ruins of Zindor — an intergalactic escape room themed adventure.

CultureDays: until October 24. A creative choose-your-own adventure awaits in this month long celebration of arts and culture. Choose from more than 1900 free, online and in person activities and events including visits to some favourite landmark institutions and festivals from across the country. Check out the Women’s Art Association of Canada gallery exhibits and art book sale (in person), art walk and drive-in movies in Vaughan, a self guided historic walking tour of Toronto from University Driveway to Little Italy, Jazz in Motion: Portraits of Syncopated Souls at Union Station (in person), and much much more!

VENUS FEST: October 16 to 30. Toronto Gallery and Online. The 5th annual event will be a hybrid event video installation features collaborations between artists and  musicians celebrating the many identities within music. The Festival seeks to inspire new, creative ways of experiencing art and togetherness in the midst of chaos. This year features Haviah Mighty, Charlotte Cornfield and more.

imagineNATIVE Film + Media Arts Festival: October 19 to 24 (in person and online screenings) The world’s largest festival of Indigenous screen content will show 145 works representing 51 Indigenous Nations in this 22nd annual event. Opening Night Gala, supported by APTN, on Tuesday, October 19 will be Night Raiders by Danis Goulet (Cree/Métis) as an in-person screening and Q&A at TIFF Bell Lightbox. Night Raiders is a Canadian-New Zealand science fiction apocalyptic film starring Elle-Máijá Tailfeathers, Brooklyn Letexier-Hart, Alex Tarrant, Amanda Plummer, and Violet Nelson. imagineNATIVE’s Closing Night Gala on Sunday, October 24 will be Iwianch, el Diablo Venado (Iwianch, the Devil Deer) by José Cardoso (Achuar/Shuar) as a virtual screening. In this documentary feature, an enigmatic presence haunts the depths of the Amazon rainforest, where an Indigenous Achuar teenager has disappeared. Secrets of this dreamlike forest, and Amazonian visions of life after death, are explored. Full line up available on the official site.

IMMERSIVE KLIMT: REVOLUTION: One Yonge Street (Toronto Star Building) October 21 to November 28. Take a journey through the works of artist Klimt during the height of artistic revolution in Vienna that preceded the fall of an empire. It’s high energy is a very different experience from what we’ve seen at the ever popular Immersive Van Gogh experience. More playful and more animated that is a renewed energy we may just be seeking at the moment.

LEGENDS OF HORROR: Casa Loma.  October 1 to 31. The annual night out for ghouls and goblins returns to celebrate all things Halloween. Captain Morgan presents Legends of Horror at Toronto’s historical (and some say haunted) destinations. The show is a theatrical interpretation of classic horror characters and decor in the style known as promenade theatre. Guests stroll through the eerie 2km trail that winds through dark tunnels into the bowels of the castle. Dramatic 3 imagery projection add to the experience. Family friendly hours for the youngsters as well as devilish hours for everyone else. 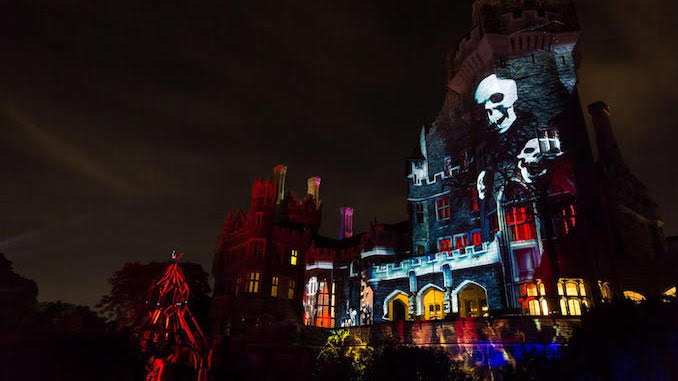 Eatonville Farmhouse Séance with Jaymes White: October 1 to November 27. It isn’t spooky season without attending one of Jaymes White’s popular haunting  visit to conjure up the dead. Each year, White takes this spine chilling experience to a new, er old…haunted location within our city. This year he takes the willing into the Eatonville Farmhouse in what will sure to be an unforgettable experience. Tickets are $66.66 (we had to mention that). Your bubble of up to 16 friends can also book a private experience.

The Great Grape Escape to Niagara Wine Region: until October 16. Explore one of Ontario’s most cherished wine regions without the stress of driving. For this limited time, Wine Rack and GO Transit is offering bus excursions from the city core to some of the most popular wine estates during the fall season. Look for round-trip excursions that are interactive food pairings or a three course lunch.  A stress-free way to day trip! Bonus, you’ll enjoy the glorious changing colours of the season along the way.

Reelworld Film Festival: October 20 to 27. Online and in-person (Paradise Theatre in Bloorcourt Village showcasing 41 Canadian directors and hundreds of racially diverse industry members with screenings and panel discussions.  The line-up is full of impactful stories that remind us of the importance of human connection and how the past informs our present.

Cashmere Designer Collection 2021 The NEW Belle Époque: October 8 on CTV The Cashmere Collection celebrates its 18th year this season with the first ever televised special. Sixteen talented established and emerging Canadian fashion designers will showcase their creations for a Vision of a Future Without Breast Cancer. The Belle Époque theme is a modern take on turn-of-the-century French history when hope, optimism, and innovation fuelled change after troubled times. The event serves as an annual kick-off to October’s Breast Cancer Month raising funds and awareness to the important cause. What’s unique about this program is each one-of-a-kind design is entirely made of reams of bathroom tissue. The Cashmere Couture for the Cure TV special will air on CTV at 7pm, and will also be available after this date on Crave.

EAT TO THE BEAT! : October 23. The Canadian Cancer Society in partnership with KitchenAid are inviting Canadians to tune in for a live virtual hands-on culinary experience with some of Canada’s top chefs. During the fund-raising  event, four female chefs from across the country will lead a series of online cooking classes and live Q&A sessions featuring specially prepared dishes distinctive to the Canadian culinary scene.Chefs include Lynn Crawford, Nuit Regular, Renée Lavallée, and Mijune Pak.

HAUNTED CINEMA DRIVE-IN at Ontario Place: October 26 to 31. Scary movies are a given this time of year but you won’t want to miss the Haunted Cinema – a live and immersive drive-in experience. Watch popular scary films but beware as the characters come to life. Hold your popcorn! Yes! Family friendly showings of Goosebumps happen earlier in the night. Kids must be accompanied by adults. SCREAM will show for adults at a later screening.

What to see and do in Toronto during October 2020

October is not just a month of turkey, ghosts, and pumpkin spice lattes. There are lots happening either virtually or […]