When Vancouver-born, guitarist, koto player, vocalist and songwriter Jessica Stuart (JESSA) moved to Toronto, quitting work as vintage clothing buyer for a career in music, her goals were simple – release an album of original songs, hear her music on the radio, and satisfy her wanderlust on tour around the world. Stuart’s three-piece The Jessica Stuart Few checked the final box with their first Asian tour (and Top 40 single in Japan) in 2013, and since then, have played music festivals and been on airwaves from Australia to Germany and beyond.

Having made a name for herself through signature rhythmic and harmonically adventurous art pop, Jessica joined forces with producers Robyn Dell’Unto (LU KALA, Good Lovelies etc.) and Devon Henderson (In The City, Running Red Lights etc.) to become JESSA, smashing layers of playful guitars and vocals into an indie-pop package, singing about trying to keep the joy in everyday life while navigating this weird world and all of its curve-balls.

If you hadn’t heard Jessica yet through her Best Album win at the Independent Music Awards, her five songs in the finals of the Canadian Songwriting Competition, or the record crushing, tear-jerking CBC documentary about her time living in Japan as a child (Finding Fukue, Nov 2018, 7 million + views, featuring Jessica’s musical score), then you’ll get to know JESSA through her debut album, Simple Songs, out September 11, 2020. 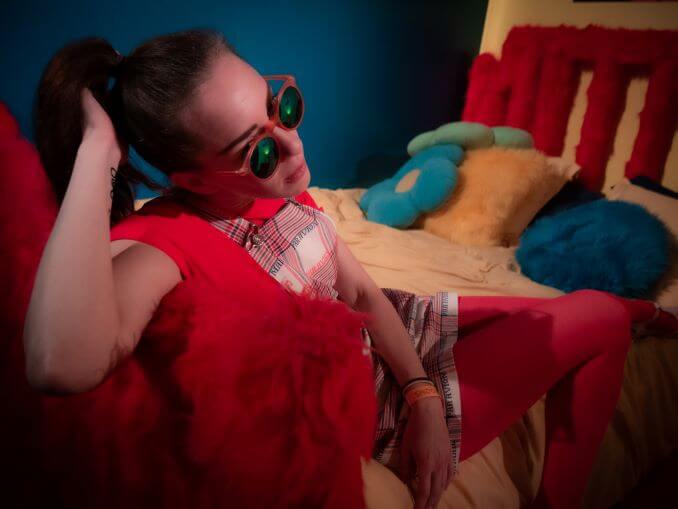 # of Albums: 1 (but 3 other full-length albums under former project name The Jessica Stuart Few between 2010-2016)

Latest Single: Not For You

Strange time to answer this, since I’ve barely eaten at restaurants since spring so I don’t know that i’d call it my favourite in the whole city, but Magic Noodle is currently my go-to.

Draw on more expressive eyebrows, dexterity warm-ups for guitar fingers, a quick vocal warm-up, then on stage right before I count in the first song I always tell my bandmates i love them. ❤️

“Favourite” covers too much real-estate, so how about favourite local live performers: KC Roberts & The Live Revolution and Tara Kannangara’s wondrous 5-piece.

Depends on if the artist has enough to say! I’m old-school so love hearing how an artist weaves the spell of the mood through their collection of songs on an album. So, I suppose LP if I had to choose one, but both have their place!

Road just cause i love them both but if i couldn’t studio i could still get live recordings of our performances on the road. 🙂

So excited to have released the debut JESSA album Simple Songs this month with overwhelming reception – you see, I started writing this album just to write songs people could sing along to, but all of a sudden it became my confessional about love, loss, precious things and dreams. I hope listeners will come lose themselves in the record with me for a little while. Watch the official vids/listen to the album on my YouTube channel, stream/add on Spotify/Apple Music etc., or best of all, listen/buy digital and physical on my Official Website or Bandcamp.

I’ve also recently launched a new monthly playlist series on Spotify this Friday, “JESSA & Friends” with the focus of shining a spotlight on my incredibly talented musical friends from here and around the world, so follow/listen on my Spotify account!