Born in a small Canadian town, now residing in Toronto, Ezra Brooks is an elusive pop alternative singer who portrays his points of view on our insane world in his music. Next to his Idols and some of the world’s greatest music legends, Ezra is no other than an activist and a force in the future of music, striving for stardom to let him create music for the next generation.

Ezra Brooks is more than just a young prodigy, he’s an anomaly! The fusion of genre and themes explored in his music and drawing inspiration from the classic rock of bands like Queen and Fleetwood Mac or the more contemporary pop of Harry Styles, Lana Del Reyand The Lumineers. To be able to transcend into a place of love, heartbreak, grief, personal reflections and world issues is uncommon for such a young artist. 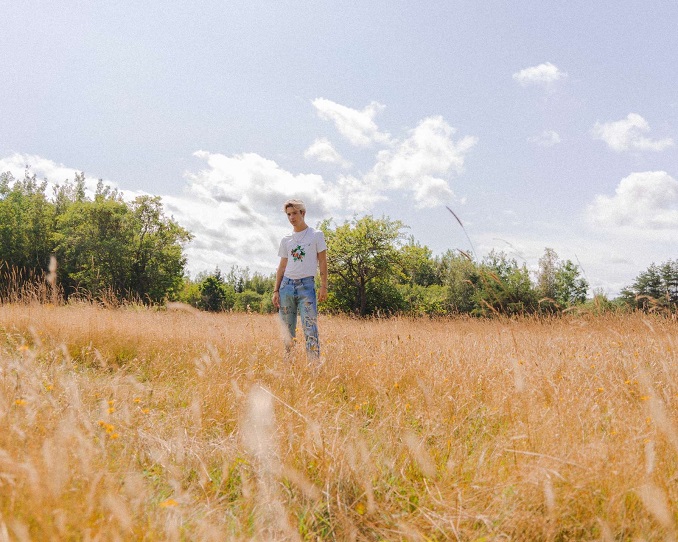 Tough question but I have to say Lana Del Rey

Crack a joke, it always gets the ball rolling

Both (but mostly Night owl)

My album titled “Gas Station Nostalgia” came out this August!

Queen St E, the Eastside is sometimes forgotten but there is such a cool community of bars and restaurants and also good vibes