Recent News
Our review of Hitman 2, developed by IO Interactive. Released on November 13, 2018 for PlayStation 4 (reviewed), Microsoft Windows, Xbox One. 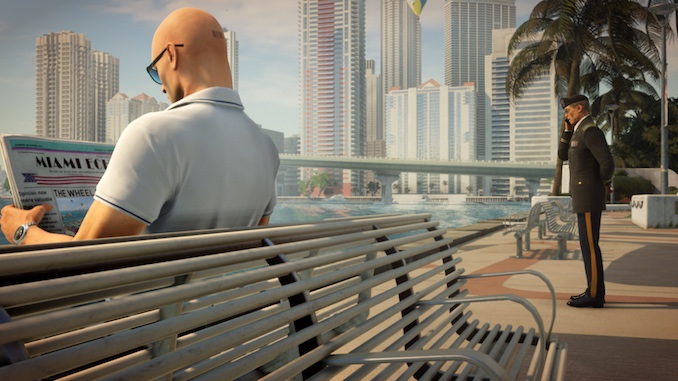 An assassination simulator with all the glamour of James Bond and all the personality of a pet rock.

Hitman 2 is a tense spy/assassin thriller, punctured by occasional moments of levity and/or frustration. So, a qualified yes.

This is a game where you can dress up in a fluffy pink mascot costume, sneak into the VIP lounge at a Miami club, poison the martini of a Russian spy, and then speed away in an escape boat before anyone even knows there’s been an assassination. If this sounds appealing, you should play Hitman 2. 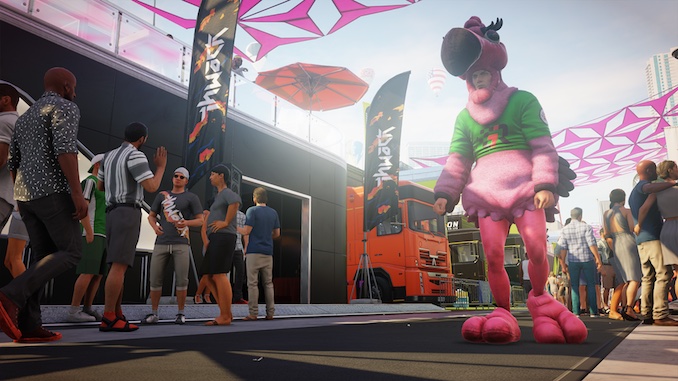 There are very few games that have ever made me feel legitimately tense. Alien: Isolation, the world’s Greatest Horror Game, was a prime example, in the way it challenged me to hide and crawl, inch-by-inch, avoiding a deadly foe – cinema’s so-called Perfect Organism – that could end my virtual life in a heartbeat. Hitman 2,the thrilling new assassination simulator, almost succeeds in recreating that feeling. It will make you sweat, and hold your breath, and panic. And it will do so, rather remarkably, by handing players control over, in the game’s own words, “the most dangerous person in any room”.

If anything, Agent 47, the bald-headed assassin you control, is far closer to Alien’s Xenomorph than he is to Ripley. (And to be frank, the Xenomorph still has more personality.) But both 47 and Ripley have this in common: they need to be quiet, to be undetectable, and they are always a hair’s breadth from being discovered. For Ripley, the danger is the Xenomorph in the vents, the killer cyborg patrolling the control room. For the titular Hitman, the danger is a skeptical security guard who sees through your disguise, or the security camera that captures you at an inopportune moment, or the trap that triggers prematurely. It’s also the fear that the wrong person could eat that hors d’oeuvre you poisoned earlier, or that your target will not stand, just so, under the chandelier you’ve rigged to fall. 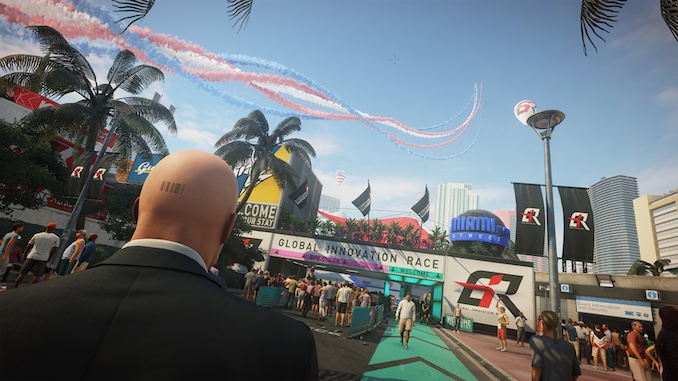 Hitman 2 is a game about crafting the perfect kill. The Xenomorph would be proud. It is a game that encourages costume changes, each new disguise – party guest, security guard, hired magician – bringing you closer to your mark. It is a game about meticulously planned “accidents” – a loosened bolt here, a hacked robot there – leading to plausibly unsuspicious deaths. Stabbing a target in the back is easy. Knocking out a mechanic, stealing his clothes, walking past airport security, sabotaging the ejector seat on your target’s private jet, and watching him fly off to his doom? That’s a great kill: elegant, but also hilarious.

Speaking of elegant, in the grand tradition of spy/assassin stories, the real star of Hitman is its exotic and often glamorous locales. The game’s six main scenarios, each of which take a couple hours to complete, include a nighttime prowl through a remote beach house, a visit to a Colombian village with surrounding jungle and cave system, and – my personal favourite – on the sidelines of a Miami car race, with the lead driver your primary target. 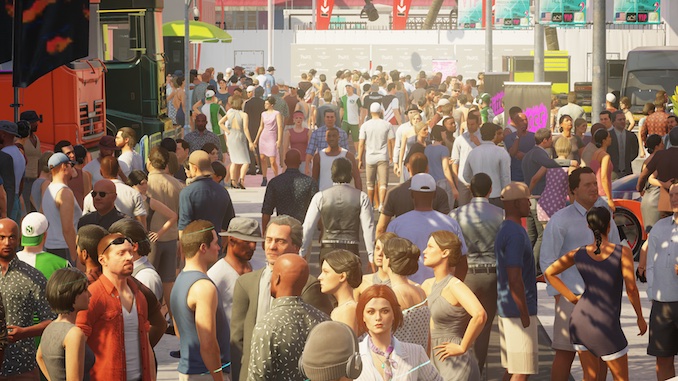 One thing I haven’t mentioned yet is the story, which, technically, is a thing that this game has. Something something evil syndicate something something. Look, if the game itself can’t be bothered to tell a story – instead of cutscenes, we’re treated to static images with voiceover – then the player can’t be expected to care either. In fact, this game is so unconcerned with story, it freely lets you play it in any order you please. That includes a remastered version of the preceding Hitman game, which costs $25, but is free if you’ve played it already. Also free: various bonus targets – special guest stars – that IO plans to send out into the Hitman world over the course of the next year or two. The game’s first guest, and I am so happy to write this, is none other than the Unkillable Sean Bean himself.

But both Hitmans (Hitmen?) also have a glaring problem: these games can seriously test your patience. If anything, Hitman, the Perfect Killer, spends an inordinate amount of time waiting. Waiting for a target to arrive, waiting for a guard to be distracted, waiting, waiting, waiting. Also wandering, aimlessly, hoping to stumble upon a useful item or a clue. Sure, some of the waiting – like any time you’ve perfectly lined up a kill – does make for some intense gameplay. But other times, like when you’re walking all over the map hoping to overhear a useful conversation, can feel like busywork of the bland variety.

It doesn’t help that the game’s autosave system is utterly broken, refusing to save when you need or expect it to. Because of this, you’re forced to constantly pause the game and manually save. Add in the game’s less-than-forgiving failure metrics – get spotted holding the wrong item, have a body get discovered, merely look too suspicious in the eyes of another character – and you spend far too much time pausing, saving, continuing, failing, pausing, manually reloading, and so on. For a game that demands perfection, Hitman could learn a lesson or two from something like Super Meat Boy, a game where each failure leads to instant reset with no load time. 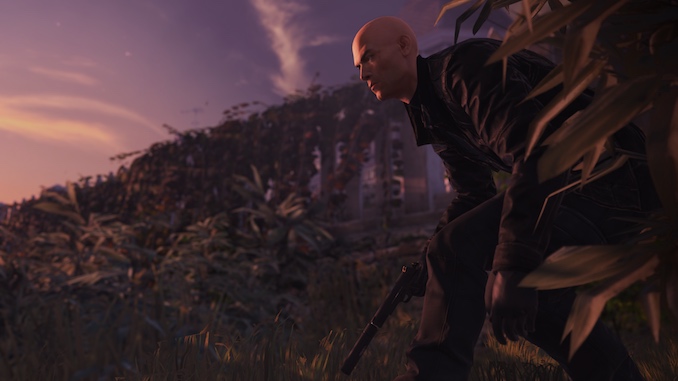 But when that perfect kill is lined up, when the evil drug dealer steps right into your trap/eats that poisoned hors d’oeuvre/steps a little too closely to that edge/gets overconfident about the design of their killer robot(!)/any one of a dozen other possibilities, that’s when Hitman really clicks. You grip the controller, silently pray that your target does what you need them to do, and then, if you’re lucky, pull off a clean kill of which James Bond would be proud. It’s fantastic.

Even if it took thirty-odd resets to get it right.

Our review of The Sojourn, developed by Shifting Tides. Released on September 20, 2019 for PS4 (reviewed), Xbox One, and […]