Baseball is upon us, and the stage is set for possibly the least exciting year of MLB baseball in recent memory. It seems almost every division in the majors has gone stale as far as competition goes. This year the biggest interest seems to be whether the Sox, or Yankees, top the AL East. 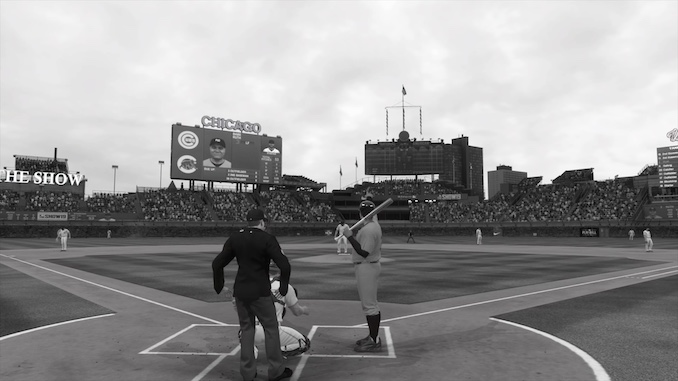 Houston and Cleveland will once again waltz their way to the tops of their respective divisions, and out in the NL, it’s basically the Cubs, Dodgers, Nats, and Phillies, competing for the World Series.

Great free agents sit unsigned because 1 of these 8 teams have little use, space, or money for them, and other teams have already decided to not compete (ahem Jays ) before the first pitch has been thrown… Baseball is in almost as bad of a state as the Jays this year…

Speaking of stale things, MLB The Show 19 has just been released for PS4!!! 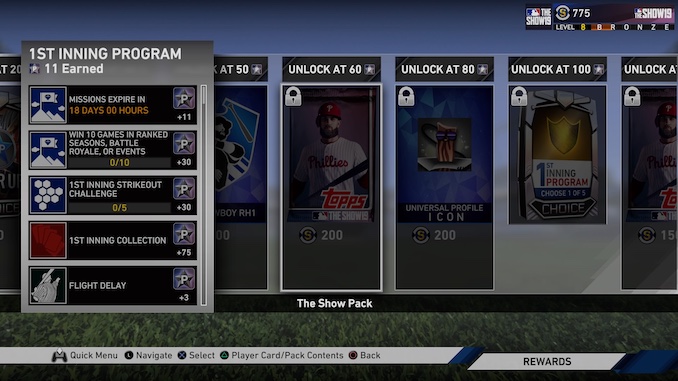 New online modes include: none whatsoever!!!

There is the addition of “Moments” – basically the same exact types of challenges as last year but with videos explaining them and their history. They are pretty cool but honestly adding youtube type clips to your game is kind of a weak update to promote so hard. Playing a game as Babe Ruth in Black & White is kinda cool, for one game as a novelty, but that’s not new, Fifa 94 had that in it… and it looked better honestly with the film grain etc.

The only new mode is called “March to October”. It’s basically an arcade style season, where the game simulates 90% of the games for you, makes all the decisions, and you only play key moments/innings. It also starts with a video… I don’t think I will play this very much, it’s basically just a dumbed down franchise mode, with very little control of your team.

Diamond Dynasty is back, and it is more complex than ever! But don’t worry, it has a new Ricky Henderson card! If you thought Dee Gordon was annoying and toxic last year online, than you definitely can’t wait until every team has a 99 SPD (speed) Ricky Hendo! 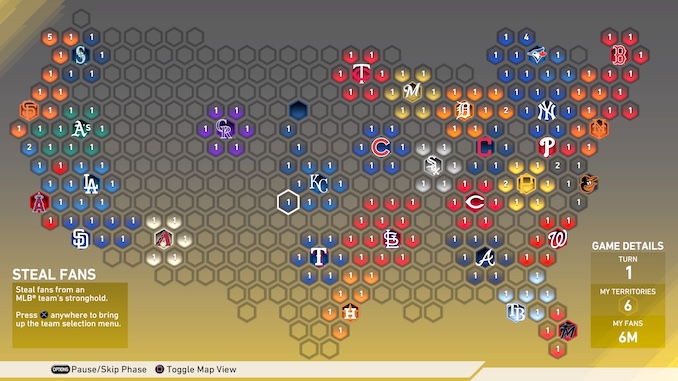 “Baseball Risk” or “Conquest” is also back! One of the most confusing useless modes ever! You play Risk, a board game from the 1800s, but instead of rolling dice you play full baseball games! You thought Risk was boring and long? Well, just add baseball and make the game 15,000 times longer, that will remedy things (said San Diego Studios – probably)!

Diamond Dynasty is a money, and time, pit with a toxic online playstyle, however if you want to play MLB online, after the removal of online leagues, your ONLY choices are Diamond Dynasty, Homerun Derby, and Versus.

Ok, so you might ask, “how on earth can they really make this a better game, its still baseball, and baseball hasn’t changed much over the last 100 yrs?”. And honestly, you may be right. 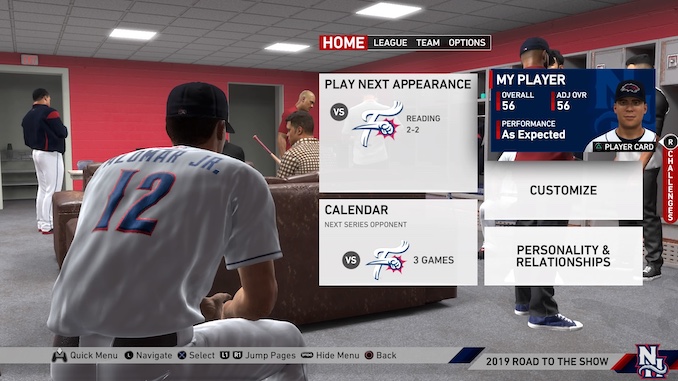 But in my opinion, this game still feels incomplete. The Road to the Show is horrendously boring, Im not asking for a full RPG plot, but if SD Studios insists on adding all these RPG elements into the game, make it a little interesting, and go ALL IN. Furthermore, this is 2019, look at all the most popular games in the world – they are mainly online team-based competitive games (Fortnite, Apex, Nba2K, Fifa..). Baseball is a team based competitive game…

Every year, I hope they will finally take RTTS ONLINE, so I can show off my awesome create-a-player to my friends, but they year after year refuse to create a 2K style “Pro-Am” team based game-mode, where you can play co-op with friends against others… How would that work? 4vs4 maybe? So you could load the bases without “ghost-runners”? Pitcher, Catcher, IF, OF? Even a “Stickball” street game could be fun… I’d play that game… I’d even be in the minority that would be interested in playing 9vs9 online, because I’d rather stand in RF for an hour, watching baseball than playing that repetitive RTTS offline mode one more time…

Dynasty mode is still great, and very in depth, it is just a shame it is not online as well, as playing 162+ games against the cpu gets a little tedious in 2019, when the Internet is readily available.

A roster update for $79.99? I’d suggest passing on this title until it goes heavily on sale through the PSN store, as sports games tend to do. I think a lot of sports franchises should take a serious look at becoming subscription based games. This pressure to update your game every 365 days gets too much and the results are lacklustre.