We can feel the heat in the kitchen already as Season 7 of Top Chef Canada hits our televisions screens starting on April 1st. But there are no jokes here, this is one serious culinary competition. Some of the nation’s brightest chefs have sharpened their knives to prove that they’ve got the skills to compete and take home the coveted title of Canada’s the next Top Chef. Grueling culinary challenges are set in the Top Chef Canada kitchen as well as in unique locations. Competitors will be fighting for immunity and prizes in the Quickfire Challenges and cooking for their lives in the Elimination Challenges. We’re stressed just thinking about it! 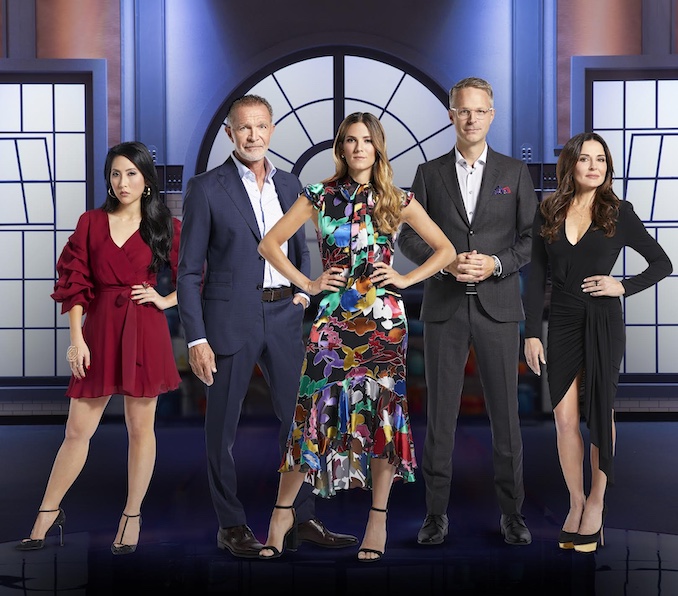 We had a chance to ask Toronto-born Eden Grinshpan, current host of Top Chef Canada and the Co-Founder and Executive Chef of New York City’s DEZ, more about the new season.

There are 11 chefs in the competition but there’s a 12th spot still open with three chefs that will compete for that coveted last spot. What inspired this new twist?

EG: I think the producers really just wanted to see how the chefs that had made it to the final 11 would treat this kind of a twist: watching chefs that are about to compete on a really intense cooking show be the ones in control, doing the judging and seeing how they judge and watching how they responded to it. I think it was a really interesting experience, especially because Mark and I got to sit by and watch how they did it and watch them get really tough on those competitors. They were honestly pointing out every little flaw, every little thing that they could on that dish, so it really set the tone of what was expected of these chefs. And it was also really cool because by choosing the better dish, they also showcased that they want that challenge, that they want to make sure they are competing against the best of the best and they’re not going to take a handout.

What Top Chef Canada challenge has been the most memorable for you?

EG: I think any finale. For me, finale meals are the best. These are the meals that we wait for all season because it comes down to two chefs that are usually the best of the best, that have made it through the craziest food competition on Canadian television, and they bring it. I think that there are a couple dishes that the chefs practice before they start the show and then they all think of their finale meal. This is something that they didn’t just think of right before they get there. Everyone comes with their finale meal in mind and a couple of dishes that they can rely on throughout the competition. So these are really thought-out meals and I’ve had some of the best meals in this country during those finales.

What advice did you give the competitors going into Top Chef Canada?

The restaurant industry is cut-throat. What’s been the most important learning for you?

EG: One day at a time. Tomorrow’s a new day. All you can do is your best; you can’t control everything. It’s running a business and managing a lot of people. The service industry is a tough industry to be in, especially when it comes to food because people have expectations and you should be able to live up to them if you’re running a business properly. So just be there as much as possible and try to maintain quality control and keep your staff happy. Happy cooks, happy waiters and happy food means a happy dining experience.

It can be a very stressful career. How do you manage to keep that stress in check?

EG: I partnered with a hospitality group that really run, manage and train the team behind the restaurant. Partner with the right people so you can trust the right people to do their job. You can’t do it all by yourself, so you have to hire people around you that you trust, are able do the job, can take direction well and want to be team players.

Can you share one unforgettable meal you’ve experienced in your lifetime?

EG: It was a dish that I ate in a town called Hampi in India. I was backpacking with my friend and we ate at this restaurant called Mango Tree and we had a thali plate served off of a banana leaf. We ate with our hands outside sitting on the floor and I just felt so connected to the culture and the country. The food was just so exceptional and fresh, and it felt like I was really at the right place at the right time.

Chef Martine Bauer shared this tasty recipe for Bluefin Tuna with Tonnato Sauce and Herbs. She is the Chef and […]

Dine under the stars at this unforgettable outdoor pop-up