We had the opportunity to catch up with Ted Morris, stand-up comic, small animal vet, gay nerd and occasional drag Queen about his upcoming album “Dawn of the Ted”. 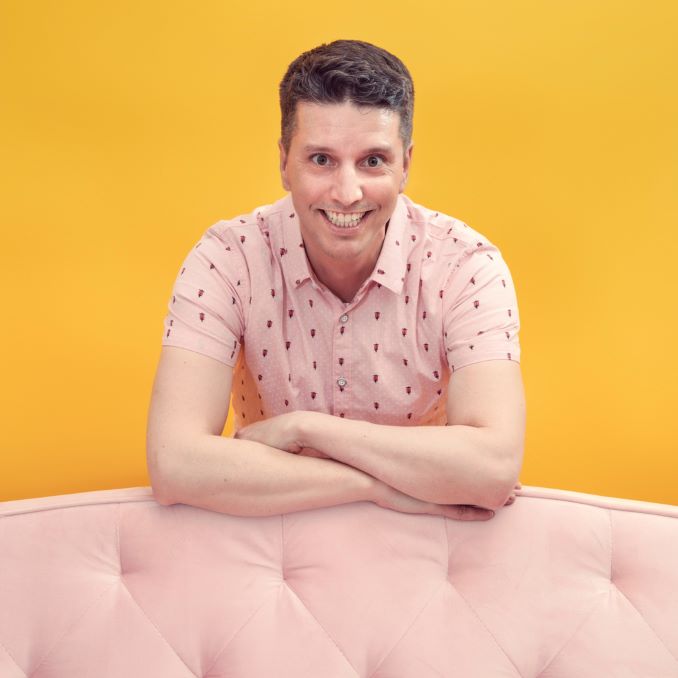 Scott Thompson from Kids in the Hall, Martin Short (especially when he’s being mean!), John Candy. Oh, and my dad, one of the funniest people on the planet.

This hasn’t aged well, but I used to love listening to my parents’ Bill Cosby albums. Eddie Murphy’s “Raw” and “Delirious” videos also featured prominently in my preteen life. I’d just inwardly cringe and laugh way too loud until we got past the gay jokes.

I’ve seen them perform a million times and they never fail to make me howl with laughter…my pals Debra DiGiovanni and Mike Wilmot.

Watching the show! I love watching the rest of the comics on the show and tagging their jokes when it’s my turn on stage. If I’m hosting I watch the audience and try to pick out the table I’m going to love and the table that’s going to be trouble!

The Stand in Glasgow, Scotland. It’s a small, dingy basement room with a stage the size of a napkin so it feels as if the audience is right on top of you. It’s stand-up comedy in its purest form. I get so much energy from that audience that I’m shaking when I get off stage.

Live shows, hands down. Podcasts, albums and TV/streaming specials are all well and good for making comics pop up on my radar, but I never truly love a performer until I’ve seen them live!

My debut comedy album “Dawn of the Ted”! I’m really proud of it! My next live performance is at Courtyard Comedy, happening Saturday, August 28th @ 3 pm.

I’ve been loving watching Alice Rose coming into her own on stage! Definitely a fresh and unique voice!

A newly married couple is about to consummate their marriage on their wedding night. It’s the first time they’ll see each other naked, let’s alone fool around.

Husband takes off his socks and his new bride notices that his toes look strange.

“Oh, didn’t I tell you? That’s because I had toe-lio when I was younger”

His pants come off next and his bride sees his very strange knees.

“Oh, didn’t I tell you? I had knee-sles when I was younger”

Finally, his underwear comes off and his bride says