Otesho is a Toronto based electro-pop duo consisting of Shian Grace and Ted Carrick. Shian studied piano with Madoka Murata for seven years and rediscovered her love for music while working with her now bandmate. Ted is passionate about songwriting and composing, and recently graduated from York University with a Bachelor of Fine Arts in Music. Their sound is recognizable with strong lyricism inspired by their multi-cultural identities, an ear for beautiful harmony, and thoughtfully sculpted sound design. Otesho’s music is a mixture of dense nostalgic vocals and hyper-pop producing. A listener could picture themselves being in a cloud of voices watching the sun set behind the Toronto skyline. Otesho writes, produces and shoots all of their songs and music videos themselves. 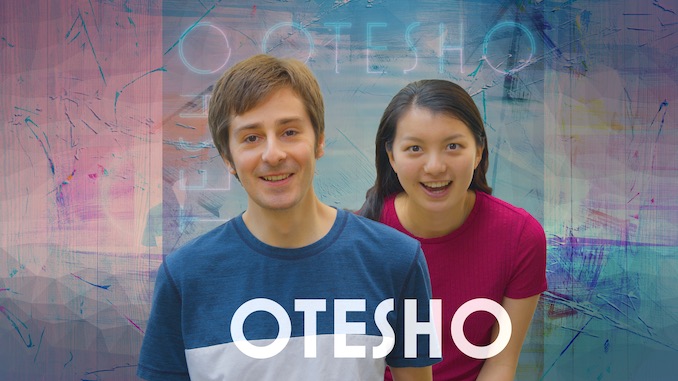 # of Albums: Our first album is to be released soon.

Latest Release: Demon In Your Sleep

Latest Single: Demon In Your Sleep

Soon to be discovered…

Either or works for us if it grooves.

New album to be released. Unnamed for now. Currently we want to promote our latest singles “Demon In Your Sleep” and “In Cancun”.

Ted’s never had roti, but Roti.

Mauve is Toronto’s up and coming pop songstress who has an eclectic and playful sound that touches your soul. Mauve […]

The SummerDaze crew ended their season with an electrifying 15 hour party this past weekend at District 28. The venue […]