True story… Canadian actor Isaiah Lehtinen recalls his first audition. “My mom was looking for vintage furniture on Craigslist and ended up stumbling upon an open casting call, for the role of the female lead’s son on a small Canadian sitcom about a juice bar,” he laughs. The juice bar, he tells us, was called Health Nutz and was the show’s title as well. 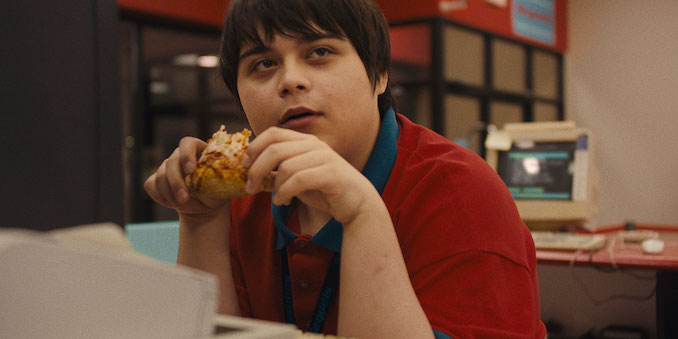 But he tells us he seriously considered acting as a career when he first saw all those late 2000’s Judd Apatow movies like Walk Hard, Talladega Nights, and Pineapple Express. “It just awoke something in me. I definitely shouldn’t have been watching those movies at that age but hey, here we are, TIFF 2022.”

If you’ve even seen the trailer for his most recent work, I Like Movies by filmmaker Chandler Levack slated to premiere at TIFF, you can sense this actor is on a trajectory with no limits. But it’s not his first rodeo. Lehtinen’s resume includes roles on The Good Doctor, Story of a Girl, and Deadly Class just to name a few.

We had a chance to chat with the young actor and TIFF Rising Star to learn more about his latest work and what this latest recognition means to him.

Tell us about your character in I Like Movies — who are the filmmakers he aspires to be?

Lehtinen: Lawrence Kweller is a hyper sensitive film enthusiast from the suburbs of Ontario. He’s totally a pretentious asshole, but I love him. As esoteric as Lawrence tries to present his taste to be, I think his all-time favourite and biggest inspiration is still Stanley Kubrick, through and through.

What drew you to this storyline?

Lehtinen: I felt a deep connection and kinship with Lawrence when I got the full script! I felt like my adolescent experience was being portrayed in a way I hadn’t really seen before. It was so exciting. Then I really sank my teeth into it and realized it was also super hilarious and a great read, in addition to my strong feelings about the character. The actually important part is that it’s funny.

You’ve also been selected as one of TIFF’s Rising Stars this year! What are you most excited about?

Lehtinen: I’m super stoked to get to meet and connect with my contemporaries in film. The industry stuff is definitely very exciting as well but I’d just like to make some new friends who do the same stuff as me for the most part haha.

What tips do you have for other young promising actors who would love to have this recognition?

Lehtinen: It’s cliché, and at this point it’s almost cliché to point out its cliché-ness; but you really just gotta put your nose to the grindstone and work super hard. It sucks and I hate it, but sometimes the pursuit of creating great art will have you working full time 40+ hours a week to pay the bills and then spending another 20 hours working on auditions.

Who are the actors that have inspire you?

Lehtinen: John C. Reilly and Phillip Seymour Hoffman. I’m gonna stop myself here because I think I could go forever about other actors I find inspirational as well, hehe. I love these two so much particularly because, throughout their body of work, they refused to be put in boxes or categories. I want to do critically acclaimed dramas with auteur directors and also fun broad comedies you can watch with your dad and his friends.

Have you been to TIFF before?

Lehtinen: I’ve never been to TIFF before, I’ve never actually even been to any film festivals before so I’m excited for my first to be so monumentous.

What films were on your TIFF list to see this year?

Lehtinen:  ‘The Fabelmans’, obviously. ‘The Whale‘ was also at the top of my list along with ‘Walk Up‘ by Hong Sangsoo, ‘Bros’ looked super funny, ‘The People’s Joker’ along with the entire Midnight Madness lineup, and the ‘NOPE‘ IMAX screening with the Jordan Peele q&a.

Most importantly I can’t wait to see I Like Movies for the first time. I still haven’t seen anything that isn’t the clip that was posted online! 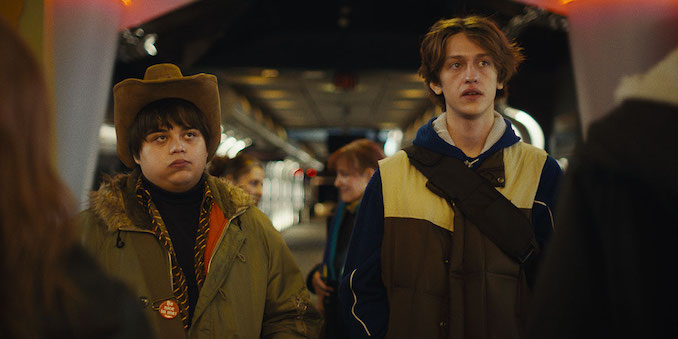 Lehtinen: Toronto has the best record stores, so I definitely want to try and sneak in a quick trip to Rotate This or Sonic Boom. A late night order of momos from Loga’s Corner. Rolling Loud Festival is also gonna be happening and I’d love to go run and quickly see a few sets like Lil Uzi Vert, Skepta, or Kaycyy in between all the TIFF Festivities.

What else are you currently working on that you can share with us?

Lehtinen: I’m working on an album for my music project ‘Hermit’; its called ‘Service For Shut-Ins’. I think it’s pretty cool and I hope people will like it when its finished and released.

What do you wish people would know about this line of work?

Lehtinen: It can get expensive! Headshots, coaching, lights for self-tapes, all the little random stuff can start to add up.

What has been your favourite career advice you’ve received so far?

Lehtinen: I’ve been watching Entourage (2004) seeking a nugget of career wisdom for a young actor on the rise. No progress on that yet, sorry!

When Weslodge restaurant first opened in 2012, it was a refreshing change from the many other restaurants. Walking into the dining […]