Toronto-based Columbian Canadian actor Natalia Aranguren started her career in entertainment at a young age.  Trained in musical theatre she then moved her studies to television and film. She’s already garnered several awards including the latest recognition as one of this year’s TIFF Rising Stars and recipient of TIFF Share Her Journey Fellowship for her performance in So Much Tenderness — her feature film debut. 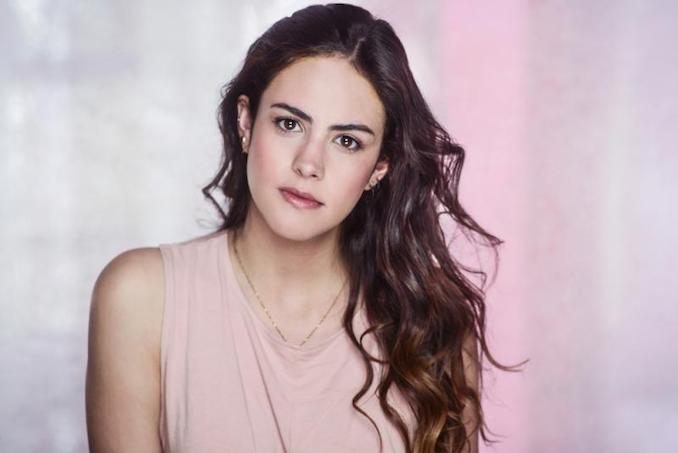 How did she get here? With the support of her parents, she was able to be on set ever since she was four years old, shooting different commercials and campaigns. “Acting has always been part of who I am,” she tells us. ” Then I asked my parents to sign me up to a musical theatre academy, which made me fall in love with this art.”

When she graduated from school, she decided to study business administration, however her desire to pursue acting was still calling out to her. After working in marketing for some years, she made the decision to move to Canada and pursue her acting career.

She launched her on-screen career with her very first role in a short film called Poly, directed by Yeimy Daza.  She played a woman who was desperately looking for love and in the process, she gets stuck in the middle of a toxic polyamorous relationship.

And now she’s in her first feature film as Lucia in the film So Much Tenderness by filmmaker Lina Rodríguez. The film is about a Colombian environmental lawyer who flees to Canada after the death of her husband to start a new life. However, her attempt at a fresh start is challenged when she discovers that the past is not so easily left behind.

Tell us about your character Lucia in this film?

Aranguren: Lucia is Aurora’s tempestuous daughter. She is an emotional person with strong personality, she says what she thinks but also, is very selective on what she shares and with whom. Lucia is in transition as an immigrant, as a woman, as someone who is dealing with the trauma of losing her dad unexpectedly and rebuilding a new home with the complexity of a mother-daughter relationship.

Filmmaker Lina Rodríguez takes a bittersweet look at both sides of immigration, what made this project so special for you?

Aranguren: As an immigrant, I feel very close to Lucia, which makes it very special. It took me time to adapt and find a voice in a new country. I’ve always had half of myself in Colombia, where I left my family and friends, and the other half here, where I am building a new life. It’s a bittersweet experience that has made me grow, which is something I think that any immigrant can relate to. Also, as an actor I am excited to represent my Latin community, breaking stereotypes and bringing more diversity to how we’re portrayed onscreen.

Finally, the incredible family we built in So Much Tenderness. We started bonding before any shooting was done, which created a genuine environment on set. On the last day, we cried out of happiness and gratefulness for having this amazing opportunity.

This year you’ve also been selected as one of TIFF’s Rising Stars, congratulations! What are you most excited about?

Aranguren: Thank you! It’s surreal, a dream come true. While attending film school, I strategically found a job at the restaurant below the TIFF Bell Lightbox to meet people in the industry. Every day I went to work and I told myself that one day I was going to be on the other side (TIFF screenings). It’s a full-circle story and I can’t wait for what is coming next. I am excited to take the next step in my career, meet creative minds, talk about films, and enjoy this wonderful opportunity.

What tips do you have for other young promising actors?

Aranguren: I know this is going to sound like a cliché, but it requires a lot of passion. You will get a lot of no’s before getting a yes. You need patience, consistency, effort, and most importantly mental health. Your body and mind must be ready and present to give all that is necessary to perform at your best.

Who are the actors that have inspired you?

Aranguren: Elizabeth Moss, Olivia Colman and Lupita Nyong’o, are some of the actors that have inspired. I admire their talent and presence on screen. These women worked hard to be where they are. Their persistence has allowed them to portray amazing characters, and to share part of who they are in each of their performances. They are strong women who can act, direct, produce and write.

What have been your favourite TIFF moments so far?

Aranguren: I am a big TIFF fan! I followed the festival before and during COVID. Fun story, I went to watch Pablo Larrain’s film, Ema. I loved the performance of the lead actress Mariana di Girolamo and I remember sending her a message on Instagram congratulating her for the performance. That same night I went to a Latin party during TIFF and I ended up meeting her. We went out for drinks and had a nice chat about film, diversity, inclusion and our careers as female actors in the industry.

What films are on your TIFF list to see this year?

Aranguren: I have a big list, of course So Much Tenderness, The Swimmers, The Whale, Something You Said Last Night, Soft, La Jauría, I could go on…

See: A sunset at Toronto Island.

Do: Go for a bike ride in High Park and stop to play tennis.

What do you wish people would know about this line of work?

Aranguren: As in any line of work, there are ups and downs. As we all know acting is a very challenging and competitive industry. It is an art that demands a lot from you as a person. You have to be connected to your emotions, prepared to share, to dig through your past, to be present, grounded, to create, to experiment, to try different things.

Most likely you’ll need to have different jobs while you go to auditions and sometimes is frustrating. But it’s part of the process. So, if you love acting, continue to work on it every day and take each rejection as an opportunity to do better.

What has been your favorite career advice you’ve received so far?

Aranguren: Lina and Brad have been mentors in my career. They have guided me and taught me so much about the industry. One of the many good pieces of advice they have given me is to be me and I know it sounds very simple, but it is very powerful.

Chatting with TIFF Rising Star Isaiah Lehtinen (I Like Movies)

As the red carpets roll up, and the detritus of too many street sausages gets swept up along King Street […]