Our fourth anniversary review of the Nintendo Switch. Available now. 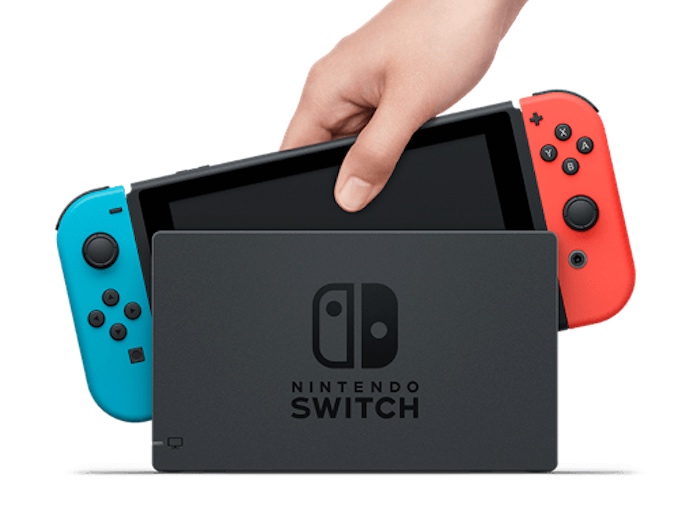 I can still remember a time when every video game was simply referred to as a “Nintendo.” A newspaper headline like “Canada’s Nintendo Addiction” would be accompanied by photos of a TurboGrafx-16. I’d ask my mom for permission to play Sonic The Hedgehog, and she’d reply, “yes, but only one hour of Nintendo tonight!”

Then, for a long time, it wasn’t. The original PlayStation outsold the Nintendo 64 threefold – this, after Nintendo squandered an opportunity to partner with Sony on a “Nintendo Play Station”. Then, the PlayStation 2 sold, like, all of the consoles ever (seriously, it’s the best-selling video game console of all time).

And then Wii arrived. The Nintendo Wii was, you may recall, a phenomenon. The “console that grandmas played.” The one with the motion controlled bowling and ping pong and the sub-HD graphics that carved out its own weird path for itself, distinct from the PlayStations and Xboxes of the world. The one with a fitness program that, in at least one case, was still being played on a daily basis a decade later.

Post-Wii, Nintendo’s experiments have met with interesting results. On the handheld side, the various iterations of the DS and 3DS absolutely destroyed the competition (even if, IMHO, the PlayStation Portable was the better system). The Wii U, on the other hand – a sort-of test run for the Switch, with its nice big touch-screen controller – sold all of twelve copies, mine included.

All of which brings us to the Nintendo Switch, a combination portable handheld/home console that, despite lacking a lot of the Sony/Microsoft bells and whistles, is easily one of the best consoles on the market today. Honestly, if I had to choose between the $630.00 PS5 and the $400.00 Switch, it’d be a no-brainer. 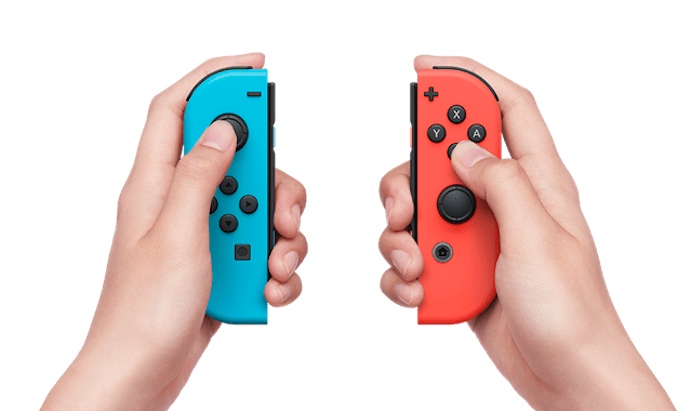 One thing I absolutely love about the Switch is how easily it switches between different modes. One moment, it’s a single-player home console plugged into the TV, the two “Joy-Cons” strapped into the sides of its bespoke controller. The next, you’ve detached the Joy-Cons and shared them between two players for a round of Mario Kart or Smash Bros. Then, perhaps most interestingly, you can take the Joy-Cons, plug them into the touch-screen console itself, and you’ve got yourself a portable system that looks an awful lot like a Wii U 2.0.

Of the three “modes”, the biggest question mark is the portable version – it’s just too big to realistically lug on, say, the bus ride to work. That said, there’s a certain ingenuity in having a home system that can be unplugged and carried about the house. It’s parent-friendly, in that kids don’t have to take over the living room TV when they play. It’s also kid-friendly: I am not the first, nor am I the last “kid”, to sneak my Nintendo Switch into bed when I should be reading or doing my homework instead. 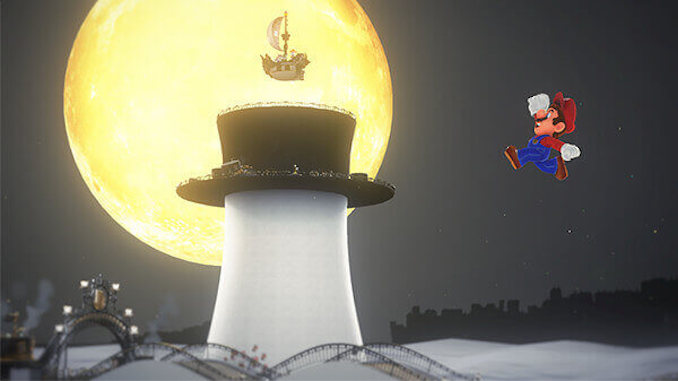 THE LEGEND OF MARIO

At this point in the Switch’s life cycle, we have a pretty good idea of the kind of experiences it can deliver. Which, like every Nintendo console since arguably the GameCube, amounts to: a smattering of impeccably crafted first-party Nintendo games, a handful of stellar original games, and then a host of cross-ports of games available on other, more powerful, systems.

Look, Nintendo has long since ceded, say, the RPG or FPS space to its bigger console cousins. It’s not a big deal, and the ports it does get – Hades, Doom Eternal, heck even Skyrim – all look and play great. But the truth is, we’re here for Nintendo. And what a Nintendo it is:

Super Mario Odyssey – for as long as there have been Nintendo home consoles, Super Mario was a system-seller. If you bought a Nintendo, you were buying it to play the latest Super Mario first, everything else second. Odyssey is, unsurprisingly, a masterpiece. It takes the freewheeling spirit of Super Mario 64 and the Galaxy games, then blows it wide open with a free-roaming structure that lets you explore every stage to your heart’s content, scooping up Power Moons (RIP Power Stars) at your leisure. The ability to “possess” enemies by throwing your anthropomorphic hat at them, while bizarre, also opens up a wealth of gameplay options that force you to think creatively. It’s fun, it controls well, it’s the best Mario in years.

Zelda: Breath of the Wild – I have never considered myself a Zelda aficionado, but it turns out I’ve played three of the main titles – Ocarina of Time, Wind Waker, and Twilight Princess – leading into the Switch Zelda. Though Ocarina of Time will always have a special place in my heart, Breath is an incredible accomplishment. Like Super Mario Odyssey, it encourages experimentation and exploration. And unlike past Zelda games, it’s also refreshingly (and mind-bogglingly) wide open. From the second you’re dropped into Hyrule, you can point in any direction, start running, and come across a new dungeon, a hidden challenge, or an unlockable ability that may be wholly familiar or refreshingly novel. Breath is enormous – it can take well over 100 hours to see everything – but it’s never dull.

Mario Kart 8 Deluxe – I believe it was the Wii Kart that started the tradition of padding out the game with remasters of classic tracks. Appropriately enough for this series, it’s a shortcut – Nintendo gets to include twice as many tracks, while only doing half the work. But it’s also, well, awesome. While 8 Deluxe‘s new tracks, like the half-submerged Dolphin Shoals or the delightful Sunshine Airport, are a lot of fun, it’s the classics that really stand out. N64’s Toad Turnpike is here in fine form, as are the legendary Tick Tock Clock, Sherbet Land, and other classic tracks. It’s kind of amazing to play something like Toad’s Turnpike – as far as I’m concerned, the best Kart track ever – in full HD and surround sound. It’s just too bad that everything about 8 is easier: you’re far less likely to fall of tracks, there’s a gentle steering assist, and, worst of all, the vehicles in Turnpike don’t even damage you anymore! 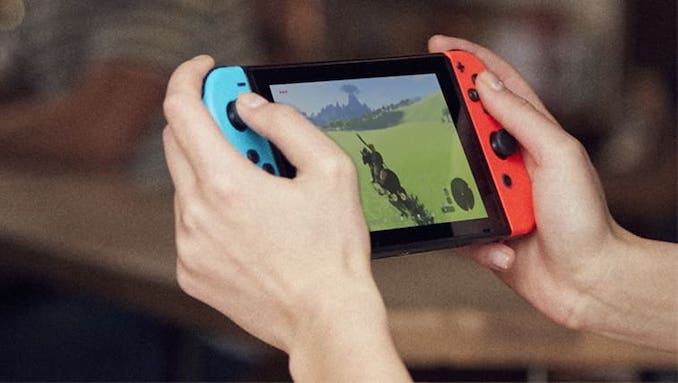 Reviewing the above list, I realize that the Switch reminds me a lot of the Nintendo 64, still one of the best home consoles ever made. Odyssey is widely recognized as the natural successor to Super Mario 64, while Breath of the Wild is now uttered in the same breath as Ocarina of Time. The N64 Kart is still the better game, by virtue of its respectable difficulty, but Kart 8 is no slouch either. Other major Switch titles include Super Smash Bros., Mario Party, and Mario Tennis – all games that got their console debut on the N64 (and which, incidentally, are all sitting in a neat stack next to my still-connected console).

But the Switch is so much more than that. Looking beyond the first-party Nintendo titles, you find exclusives like the latest Ghosts ‘n Goblins, the latest Marvel: Ultimate Alliance, the Splatoon series. And despite Nintendo’s kid-friendly reputation, the Switch also managed to land a handful of adult-oriented exclusives like Astral Chain and the upcoming Bayonetta 3 (both from legendary studio Platinum Games), as well as a new Suda51-directed No More Heroes. Finally, there’s all those ports I alluded to earlier – games like Skyrim, Dark Souls, and my all-time favourite horror title Alien: Isolation. Even if these ports are slightly less impressive than their PS4 or Xbox One counterparts, they’re still a lot of fun to play and mostly indistinguishable from the “originals”.

And you know what? This is probably the first time in several console generations that Nintendo has been able to say that. Yes, the Switch is a system that excels at first-party titles like Mario or Zelda, and it’s not like people are buying it to play Dark Souls. But it’s kind of amazing that you can do just that.

Like the N64 before it, the Switch offers the best of a few different worlds: incredible Nintendo games, fantastic multiplayer experiences, admirable ports of games found on more powerful systems.

Plus, my N64 is starting to look a little, uh, long in the tooth. To paraphrase Mario, YAHOOOOOO!

Visit the official page for the Nintendo Switch here.