Sidny x Chaix is the collaborative project of vocalist SIDNY and producer Chaix. The Toronto based duo formed in 2019 with the release of the single “Smoke.” Following their first song they have released two singles during the Pandemic, “Someone New” and the latest, “Found You”. The two are on track to release a steady stream of singles throughout 2020.

Chaix has previously produced for the electronic group Beta Frontiers, and is currently a member of the hip hop duo SOVIETS (Urbnet Records) as well as performing as a touring member of Lee Paradise (Daps Records).

Sidny is a Toronto singer-songwriter who has worked with Canadian musicians and bands over the last 10 years. His debut single, “Falling for You,” was released during the summer of 2017 and was produced by Juno Award winner Anthony Kalabretta. His second single, “Up All Night”, was released later that year in October.

The two independent Toronto artists have combined their talents to create a unique sound and continue contributing to the rapid popularity of the music scene in Canada. 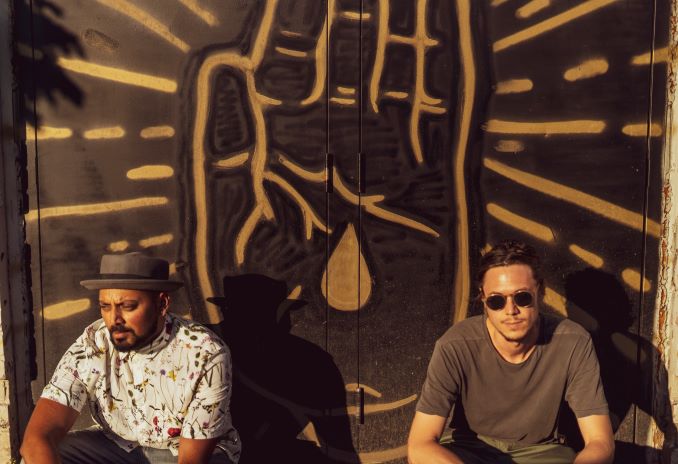 Chaix: Always, currently been ordering a lot from Hoki Poke while on quarantine.
Sidny: The Greater Good / North of Brooklyn

Chaix: The Avalanches
Sidny: The Kooks

Chaix: Groove Is In The Heart
Sidny: Anything by Adele

One shot of Jameson backstage.

Chaix: I do live steps from Trinity Bellwoods, but you can’t go wrong with Riverdale.
Sidny: Definitely Trinity.

Road. Our studio set up is minimal and completely mobile.

Sidny x Chaix : Definitely follow both of us on Spotify also, we are both most active on Instagram. @sidny.chaix | @chaix__ | @sidnymusic

Sidny x Chaix : Unfortunately no shows at the moment due to the Pandemic however, check out our tunes on Spotify or any other streaming platform. We will continue to drop more singles throughout the summer !

World News: I Am Robot And Proud Interview

Have you heard about I Am Robot And Proud yet? Toronto audiovisual artist, Shaw-Han Liem, is playing a DIY show […]

shn shn(she/her) is a queer Black electronic producer, singer-songwriter and creator based in Toronto, Canada. Her music is an ever-changing […]