This week we spoke to Toronto comedian Chris Robinson about his comedic influences and where we can find him in the city. He also just released his debut comedy album, Gut Bussa, which can be streamed on major sites. 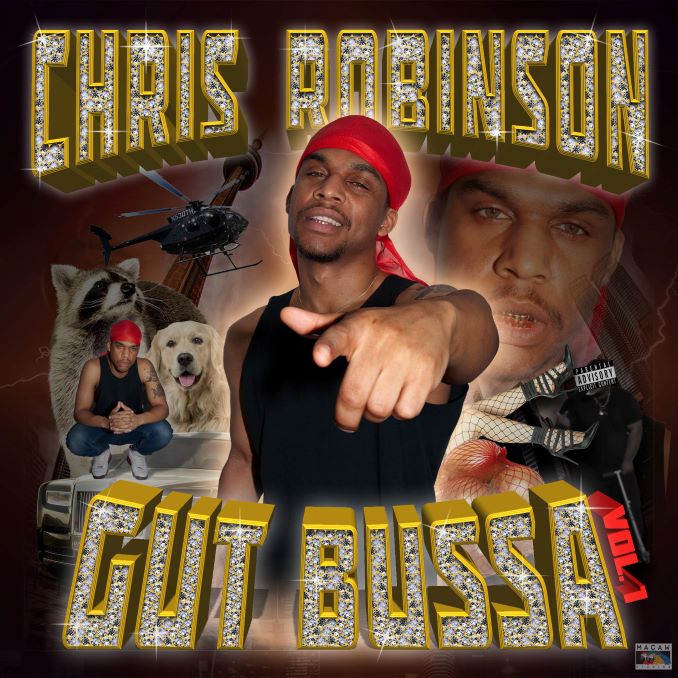 My comedy style is pretty mellow and conversational with quick bursts of characters. I can also get pretty dirty and I feel like I can get away with it because of my nice chill demeanour. I’ve been influenced by all types of comics so my comedy has all types of elements. Some stories, some set up punch, some act outs. It has a little bit of everything in it. My comedy is the equivalent to a plate of fried rice.

Dave Chappelle was hands down my favourite comic growing up. He made the light switch go on in my head that told me stand up was the path I needed to take. I first listened to his special Killin Em Softly after downloading it on Kazaa for half a day. I remember wiping tears of laughter from my eyes and just thinking “I don’t know how, but I have to do this. I have to make other people as happy as I am right now.”

Dave Chappelle is still my favourite comic. His ability to be intelligent, poignant, wise, silly and crude all at the same time still amazes me. He is right up n Pryor’s heels for the greatest of all time.

I like to stretch before my set. I’ve done act outs on stage before and pulled muscles. You don’t want to pull your hamstring while you hump a stool. Trust me. It throws your whole momentum off. Also it gets your blood moving and loosened up when you stretch and I feel like it makes my mind clearer and easier to be in the moment. I also tell myself just have fun. Then I say a prayer for all the comics who have died on stage and I’m good to go.

Venue wise my favourite place was St Lawrence Centre for the Arts. I opened for my man Jean Paul and it was a packed house of 500 people with raked seating that’s pretty steep so it was like getting hit with a huge wall of laughter every punchline. Now my favourite for vibes would have been the first time I did Kenny Robinson’s Nubian Show at Yuk Yuks. The energy of the all Black show is unparalleled. Everyone comes out dressed to impress and if you ruin their one night out with some wack jokes they would boo you. I wasn’t even booked. I would just hang out every month trying to get on. Then one day Keith Pedro was late for his spot so Kenny gave me a shot and luckily I smashed it.

I like listening to comics on spotify and watching clips on instagram. Instagram is my main source for finding new comics. It usually comes from vouches from comics who I already enjoy. I also listen to Funny 820 on the radio when I’m driving.

I just released my debut comedy album Gut Bussa, Vol 1. I recorded it at The Corner Comedy Club downtown with Macaw Studios. I’m really pumped to get this out and finally share a whole collection of my favourite jokes. I’m hoping to bring a little joy and laughter to peoples lives in such serious times.

You can follow me on instagram @snapshotrobinson or if you want to see me make a post every 6 months you can add me on twitter @Andmynameschris. Or if you just want to stay up until 5 am talking I still have msn messenger. You can add me at horn_e_goku89@hotmail.com.

You should know about Paul Thompson. He makes me laugh harder than any other local comic on and off stage. He has a commanding presence, he’s raw and ruthless. He often says the things everyone else wants to say but don’t have the balls to. Check him out @paulthompsoncomedy and listen to his podcast with Nitish Sakhuja (@nittysak.)

Because of covid-19 a lot of doctors offices are doing Skype appointments. That’s great but it was a little awkward when I had to show him my hemorrhoid. I didn’t think I’d have to turn into a cam girl just to get a diagnosis. It was even weirder when we finished and my doctor asked me if I had an only fans account.