Profiling Toronto innovator and entrepreneur Gary Wilson gives readers an inside look at the forklift industry through the safety inspection app he designed and recently launched.

I designed the MasterCheck forklift inspection app out of a need in the forklift industry to digitize a process that’s required throughout the entire world before operating a forklift truck. Prior to each shift the forklift operator is required to complete an operational inspection checklist. Occupational health and safety entities around the world are very serious about this process because of the number of forklift related fatalities and injuries annually. In the US alone an average of 100 employees are killed and as many as 95,000 are involved in non-fatal injuries.

The MasterCheck app is the only forklift-centric inspection app available. Company supervisors launch the program on the web-based Supervisor Dashboard and invite all of their forklift operators to download the app. The app is available on both the App Store and Google Play. Once all operators are connected to the Supervisor Dashboard, inspections done on their phones or company tablets are gathered digitally and saved in the cloud. The entire process is now paperless! 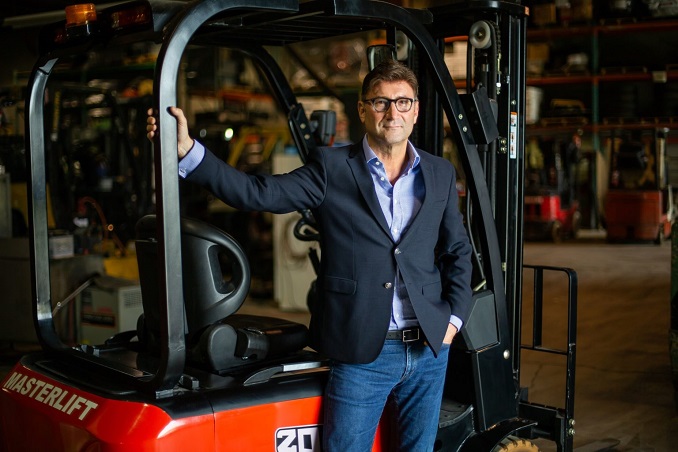 What problem does this solve?

While going paperless advantage is the most obvious, the additional advantages are many.

When using a paper inspection pad the inspection sheet would be torn out of the book and filed so that it’s proven the inspection has been done. This is especially important in case of an audit from an industrial health and safety entity. But these paper inspections have largely been an administrative pain and supervisors don’t have time to examine the data that is collected each day. Now however, with the information gathered being digital, the software can now sort and analyze all types of performance data. Supervisors can view reasons for inspection fails and be proactive to address them now being aware of repair issues. This makes the operation far safer than ever before.

It’s funny, most of us don’t think about forklift trucks. Why would we? But when I got into this business, I realized that forklifts are literally everywhere. Practically every single company in the world has at least one forklift. The annual worldwide forklift market is projected to be over 45 billion this year and it’s estimated that there are at least 2.5 million forklifts in North America alone. If forklifts stopped working, goods and products would stop arriving at our stores or delivered to our homes.

So, my clientele are companies around the world who want to go paperless and gather digital data that will improve their operation. We’ve actually had app downloads from countries in every corner of the world including Ghana and Kenya – every company uses forklifts! 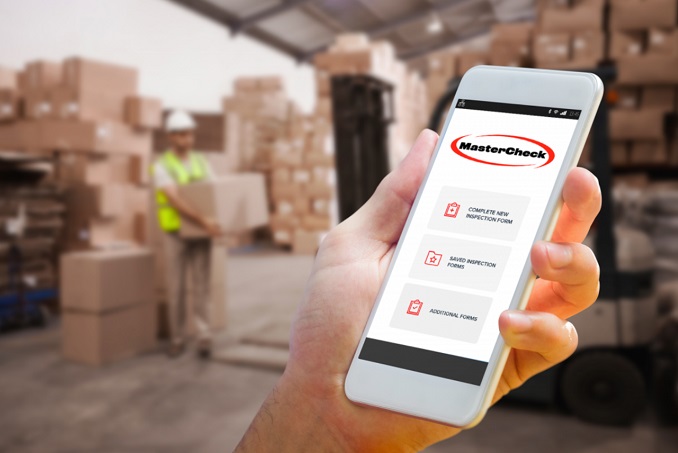 What made you want to get into this line of work?

Good question. I’ve been an entrepreneur all of my life and therefore open to any opportunities that make sense. My career jump-started when I was in my twenties and through a series of events, I found myself working on Bay Street providing equipment financing to corporations. That evolved into financing fleets for forklifts for large companies like Magna and Pepsico. I found my niche and decided to strike out on my own founding a finance company specializing in financing forklift trucks throughout Ontario.

It went incredibly well, so I decided push myself further and acquire four forklift dealerships that were on the market, and merged them into my current dealership, Masterlift. We’ve done some pretty cool things over time such as customizing forklifts with flames, skull shift knobs and chrome exhaust with our “pimp my lift” campaign. That caught a lot of attention and led to a TSN production company producing a reality show about us called “Forked Up” featuring guest appearances with Juno award-winning hip-hop artist Choclair. MTV wanted to pick up the show for Spike Television in August of 2008, but in September 2008 Wall Street crashed and so did our plans for the TV world – we were now truly in the real world.

As a dealership we survived the recession, got back on our feet and carried on. A couple of years ago, it occurred to me that the occupational health and safety entities around the world required these forklift inspections before every shift, but almost all reports were being completed with outdated carbon paper pads – there wasn’t an app for that! So, I found a developer and took the last two years to design, develop and launch the MasterCheck forklift inspection app and it’s a hit.

The thing that’s strange, but very exciting for me is to see that the app is being downloaded around the world daily. The logical next step is to have it translated in different languages so that it’s available everywhere and companies can take advantage of all of the digital data, economical ease of use, while going paperless.

The startup mobile app that launched in Toronto last year has now launched in York Region. Biko rewards Torontonians for […]