Our review of Call of Duty: Modern Warfare, developed by Infinity Ward. Released on October 25, 2019 for PS4 (reviewed), Xbox One, and Microsoft Windows. 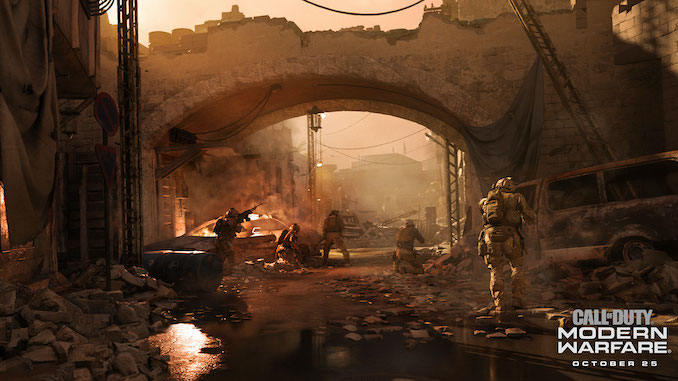 It is very exciting but exceedingly problematic. 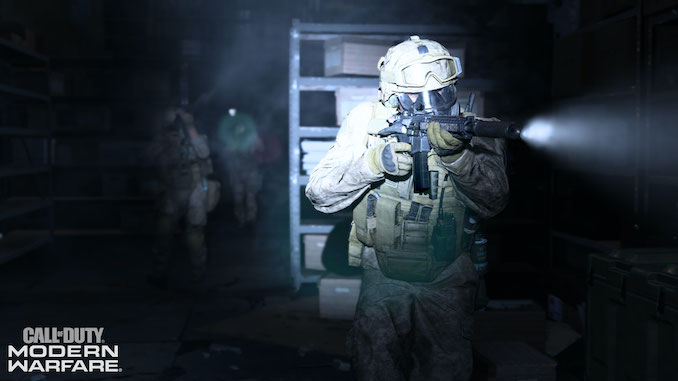 It’s hard not to long for the good old days of Call of Duty 1. Released in 2003 at the dawn of the Iraq War, the game’s WWII setting offered players a welcome retreat into pure good-vs-bad escapism. It remains an artifact of a bygone era, back when rifles were pixelated, the character models more so, and the enemies literal Nazis.

A lot has changed since then. Across sixteen games and countless spin-offs, the series has drifted from its WWII origins through modern warfare and beyond. The best entries – especially the two original Modern Warfares – combined incredible set-piece-heavy single-player stories with robust online multiplayer communities. The worst entries either forgot about the set-pieces or embraced an ugly U.S.-centric nationalism. Love it or hate it, there’s a reason why a Call of Duty entry has been the best-selling video game for seven of the past nine years. The Call of Duty series has made more money than the entire Marvel Cinematic Universe combined. 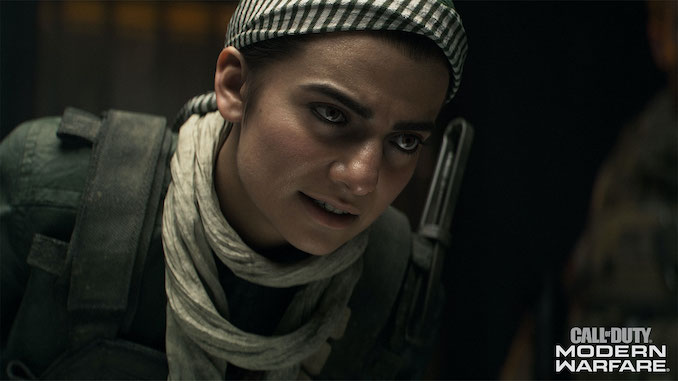 Call of Duty‘s latest entry, a soft reboot of Modern Warfare, tries to remedy some of the series’s recent mistakes, not least by adding a few people of colour into its rotating cast of protagonists. It’s hard not to see playable character Farah Karim, a guerrilla freedom fighter from the fictional Middle Eastern nation of Urzikstan, as an attempted corrective to Call of Duty‘s outdated roster of white, male, English-speaking army grunts.

Unfortunately, she’s also a character subjected to brutal child abuse in one of several exploitative flashbacks, which also feature her transformation into playable child soldier. It’s awful stuff, handled with the subtlety of a sledgehammer, and culminates in a sequence in which you, as Farah, must survive being waterboarded. 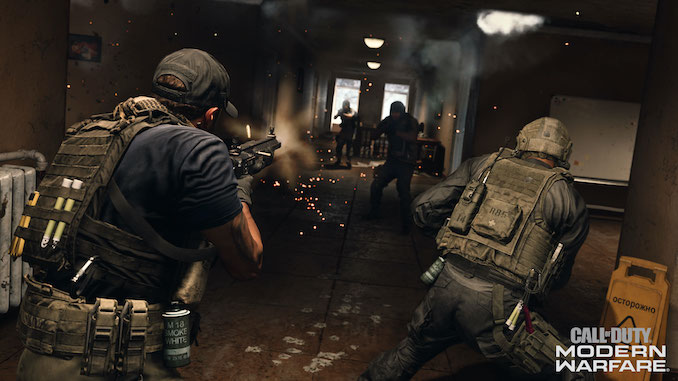 Not all of Modern Warfare is so aggressively offensive, and parts of it are even enjoyable. There are exciting action movie-like sequences where you get to blow stuff up, and some of the less visceral battles play out like virtual paintball matches. That’s especially true for the multiplayer, which is – this should be stressed – extremely difficult, but still fun in its manic, die-rinse-repeat gameplay. Call of Duty has always lived and died by its multiplayer, and this one should have plenty to offer for those into that sort of thing.

Sadly, however, the game’s much-vaunted return to co-op is a bit of a letdown. Back in Modern Warfare 2 (2009), my friend and I snuck into a top-secret Russian compound at the peak of a mountain. At one point, my friend slipped off an icy ledge, and I had to thrust out my hand to pull him to safety. That mission was called “Cliffhanger”, it felt exactly like the movie Cliffhanger, and it was some of the most fun I’ve ever had playing a video game with another person.

In the new Modern Warfare‘s co-op mode, you shoot things. Mostly people, occasionally tanks and helicopters. There are a lot more of them than there are of you, even when mounting a coordinated four-person offensive. Although there a few wildcards, like the ability to call in unmanned aerial drones to fire indiscriminately (yes, I know), the co-op mode ultimately devolves into a shooting gallery, no matter which mission you choose. No mountain climbing. No tag-team Mission Impossible sequences. Just waves of enemies until you get bored or overwhelmed. 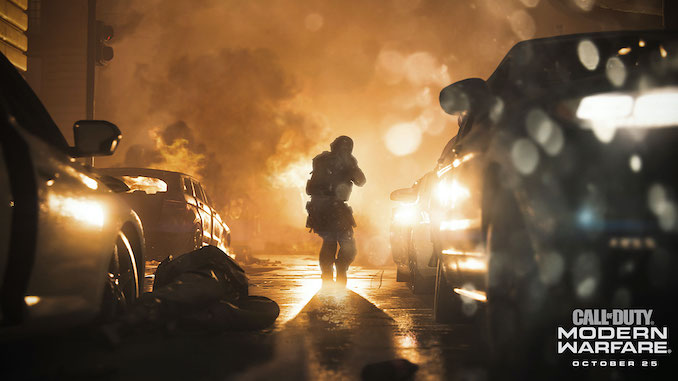 COMIN’ AGAIN TO SAVE THE DAY YEAH

Early in Modern Warfare, there’s a bloody, explosive terrorist attack on London’s Piccadilly Circus. During the ensuing battle, the player-character Kyle Garrick unleashes round after round of machine gun fire on the Middle Eastern (sigh) terrorists who’ve carried out the attack. Inevitably, because this is a video game and because Modern Warfare doesn’t understand consequences, Garrick mows down some civilians as well.

In the aftermath, there’s a brief cutscene in which your character, a British soldier, laments that the rules of engagement are “keeping their hands tied.” All he wants to do is “take the bloody gloves off and fight.”

It’s a startling comment in the wake of what’s just occurred, but all-too-indicative of a certain worldview that treats warfare as a video game and war crimes as par for the course. It’s a worldview that should make everyone uncomfortable, especially when it’s adopted wholesale by a jingoistic military video game.

Don’t get me wrong: virtual paintball is fun, especially in its less politically problematic portions. But I don’t know that, in this form – and with such gruesome, realistic graphics – Modern Warfare is the thing that we need right now.

Our review of Vader Immortal: A Star Wars VR Series, developed by ILMxLAB. Currently available for Oculus Quest (reviewed) and […]