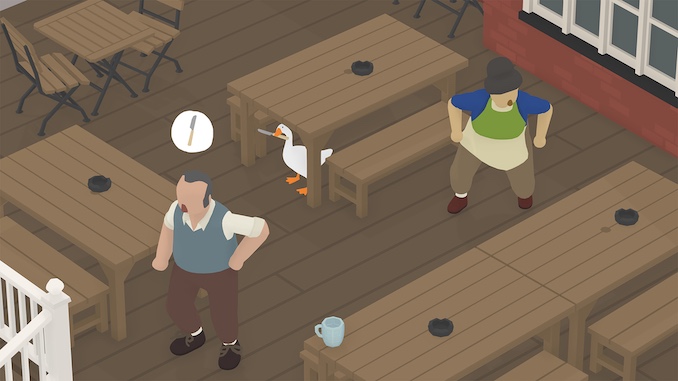 It’s a stealth/puzzle game, but one so delightfully low-stakes that almost anyone can enjoy it. 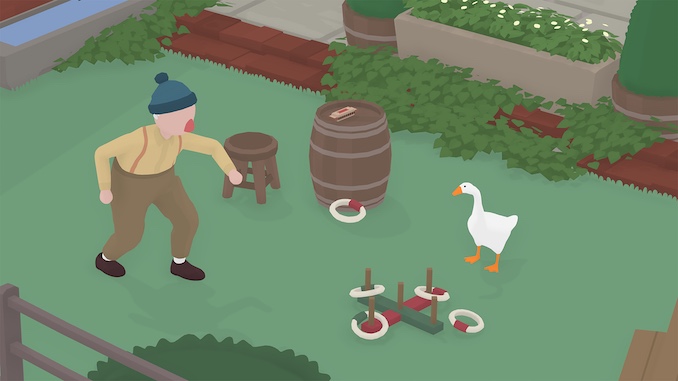 A few years ago, the Internet seized on a bizarre little video game called Goat Simulator. In Goat Simulator, you play as, well, a goat. Your job, as goat, is to cause as much havoc as possible. Let loose in a nondescript suburban environment, you smash into things, head-butt people, and just generally do stupid goat things. It’s a very, very silly concept, and a very, very silly game.

Replace “goat” with “goose”, and “head-butt” with “honk and flap wings”, and you have a pretty good idea of what’s on offer in the recent – and vastly superior – Untitled Goose Game.

And yes, that is its real name. 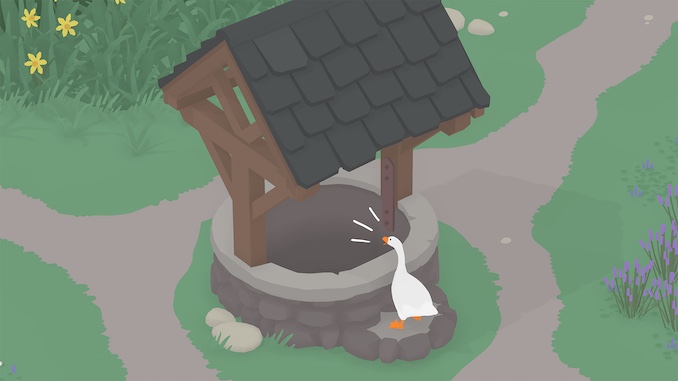 Untitled Goose Game is a stealth/puzzle adventure game set in a quaint little English village, all hedgerows and decorative fountains. Goose isn’t actually related to Goat Simulator – it comes from different developers – but does share its general love for treating non-anthropomorphised animals as agents of chaos.

Playing as a goose, you waddle your way through a series of good-natured puzzles – “trap the farmer in his garden”, “steal somebody’s toy” – using a combination of wits and stealth. Say the game tells you to trick someone into wearing the wrong pair of glasses; can you figure out how to distract the owner long enough to make the sneaky swap?

Unleashing a goose into the pretty and proper setting of an English village is a fantastic idea, combining the most benign of environments with the most benign of player-protagonists. It’s patently ridiculous to treat a goose as a prank-playing mastermind, so it makes sense that its only foes would be terrified little children (try honking at them) and pipe-smoking retirees. Metal Gear Solid, this isn’t. 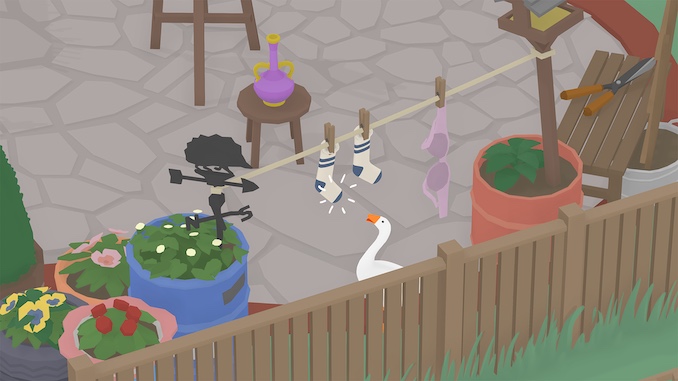 Playing as the untitular character, you’re given a suitably limited range of controls: you can waddle; you can swim; you can pick things up in your beak; there is – because of course there is – a dedicated “honk” button; and for the stealthy bits, there’s a crouch button – which is just ridiculous, since all you can really do is lower your head a bit, and whoever heard of a stealth goose?

Most of the time, gameplay boils down to finding a way to cause a distraction, and then exploiting that distraction to steal some object and drag it away.

Importantly, and hilariously, it’s impossible to play this game without being the biggest jerk goose possible. See a freshly planted garden? You just know you’re going to uproot everything and drag it all over the place. Somebody set their prize vase out on a too-precarious wooden shelf? That vase ain’t making it through the day.

Untitled Goose Game’s tagline is, “It’s a lovely morning in the village, and you are a horrible goose.”

It’s such a good tagline. 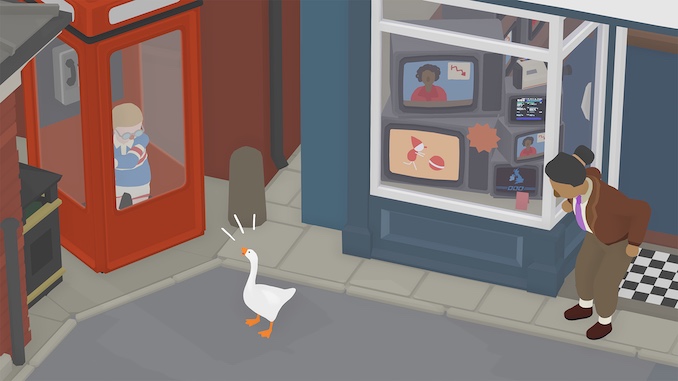 Goose looks, and sounds, great. The simple animation style gives off a real storybook vibe, making it very charming for non-gamer spectators. In particular, I love the way the human characters all have clunky movement, while the goose’s waddle is almost elegant in comparison.

Fascinatingly, Goose’s soundtrack is practically experimental: in lieu of the simple country tunes you might expect for the setting, the developers opted for a dynamic/reactive classical soundtrack, featuring Debussy’s early 20th century piano Preludes. In a neat feat of programming, the music changes depending on what’s happening on screen: Just been spotted by a shopkeeper? You might get a quick burst of allegro. Quietly sneak up on that shopkeeper a few minutes later, and you’ll hear a quieter, slower excerpt. As Goose’s creators have pointed out, no two gamers will experience the same performance. 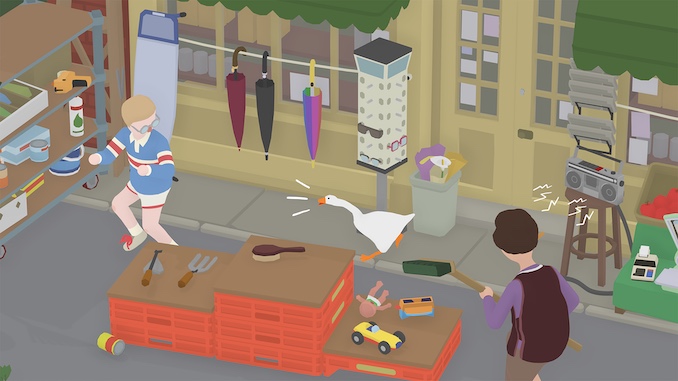 Unfortunately, I do have to report that Goose‘s puzzles are not always easy. It’s a bit discordant for a game with such a simple aesthetic and simple mechanics, but unless you’re intimately familiar with video game logic, you’re going to find yourself repeatedly, and frustratingly, stumped by your tasks. For a game this superficially kid/non-gamer-friendly, it really should come with some kind of a hint system.

That said, who cares if you cheat from time to time? The Internet is at the ready, and far be it from Goose, a game in which your greatest threat is the digital equivalent of Mr. McGregor, to demand of its players a strict adherence to the rules. Would you rather spend hours figuring out how to steal a pair of socks? Or would you rather check out a YouTube tutorial, and then get distracted by hours of meme-worthy Untitled Goose Game footage?

Just remember this strategy: if you’re a goose, and you ever need to sneak past a vigilant gardener: