Montreal born, based in Toronto Melotika is redefining what it is to be an Electropop artist. Blending eclectic and stimulating sounds with carefully crafted, dance-able tunes, she stands for self-confidence and embraces individuality. Her lyrics are always laced with a deeper meaning, and her music offers a form of escapism for anyone who feels confused or alone. With genre-defying songs, Melotika unabashedly draws upon her personal life experiences. Fearlessly, she embraces individuality calling on others to discover the beauty and confidence within themselves.

In the past three years Melotika performed several live shows in Toronto, and toured Canada’s East Coast, Montreal, Ottawa, and British Columbia. She performed in popular Toronto venues including The Mod Club, The Hideout, The Piston and Hard Luck Bar and performed on radio stations such as 105.9 FM the Region in Ontario and 101.5 FM The Wolf in Peterborough. She appeared as #8 on the Top 10 charts: Electronic Albums “Specialty Charts Early June 2018” with her debut EP Unaware on CFBX 92.5 FM in Kamloops, BC. Currently, her music is being played every week on Amplified Radio FM Network and her latest single ‘Beautiful Disguise’ was #1 Week of Feb 8 on Valley 89.5 FM (Australia).

Melotika and label DibGate Records are in the process of releasing her debut album ‘Dancing Without You’ in 7 singles and a remake of ‘Bury The Bones.’ 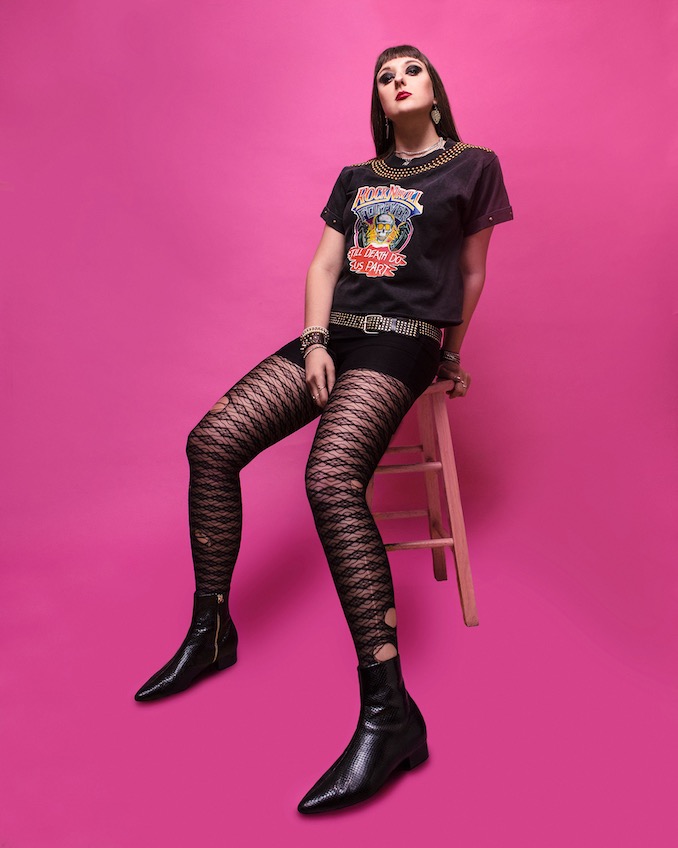 Latest Video: Due to Covid, I had to come up with a new DIY approach and filmed and edited my own music video for the new single ‘Crazy.’

Favourite band/artist as a kid:

Favourite band/artist as a teenager:

Britney Spears – Piece of Me

A mini workout or run in the morning. Light vocal warm ups. Eating NO dairy, no sugar! Nothing to clog the pipes. Lots of water but not too cold, licorice tea. No food 4 hours before singing! Have a blast!

Due to Covid, I have discovered a new virtual world and made some incredible artists I consider local. Big shoutout to Electropop outfit NAE in Chicago, Electropop artist Us3r from Seattle

(1 week before the entire world shut down, Us3r came to perform in Toronto at Junction City Music Hall and I was honored to open up for the event!) Last but not least, Toronto based Alternative Rapper, my partner in crime, Krosst Out!

The studio is definitely my happy place. But my dream is to be a touring artist! Can’t pick!

Right now, I am focused on my upcoming album Dancing Without You, releasing the second single off the album ‘Crazy’ on April 16 2021. This Dance Pop track is shaped by New-Wave, 80s music, and Disco. Both mysterious and addictive, the music tells a deranged story about obsession and the craze behind falling in love with someone new, revealing cliché concepts and emotions often expressed through modern film, music and social media.

The full concept album Dancing Without You is expected for release in Fall 2021. It is a collection of songs expressing the true turbulent emotions I felt in my late teens/early 20’s, and what brought me into making music to begin with. After 3 years of releasing a debut EP, multiple singles, and collaborations, I’m ready to continue pushing boundaries and genre-bending.

Working with Sean Savage as producer of the album, we have crafted just the right sounds to bring the lyrics to life!

I will be live streaming at-home-concerts starting June 2021. Very excited about that!

Queen West. It is so nostalgic for me as my first Summer living in Toronto I worked at Steves Music, corner of Queen and Spadina.

High Park and The Beaches!!! Love being ride by the lake and seeing the cherry blossoms at High Park.

Kinka Izakaya in the Annex! The vibe is so friendly, loud and funny. The food is incredible!

Toronto is a musical hub with an immense amount of talent. One such artist is locally based pop/rock/rnb singer/songwriter Jessica […]

Junia-T album “Eye See You” is Too Smoove