The latest exhibition Bloodsuckers: Legends to Leeches opens at the Royal Ontario Museum on November 16 and it’s as fascinating as it is squeamish. Thinking about vampire bats, birds, leeches, lampreys and other bloodthirsty creature makes my skin crawl. There are over 30,000 species that share our world and here is where you can get your fill on juicy facts and learn about how they’ve also inspired myths and legends. 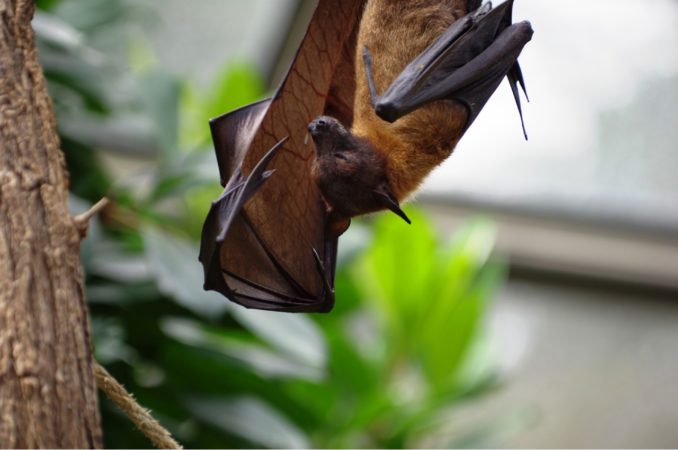 Here are some quick morsels:

Leeches can ingest five times their weight in blood and go up to a year without feeding.

There are about 45 species of leeches that exist in fresh and salt waters from central Canada to Mexico.

Sea Lampreys are the largest known lamprey species. The biggest on record is 1.2 metres long and weighs 2.5 kilograms. Lampreys attach to other fish with suction cup-like mouth filled with sharp teeth and razor sharp tongue. They feed on their prey’s blood and bodily fluids.

Ticks don’t jump or fly they reach out their front legs to hitch a ride on their host. Ticks feed with a proboscis (or tube-like organ) that has sharp teeth that anchor inside the skin. There are almost 100 tick species in North America.

“The term ‘bloodsuckers’ usually makes people think of mosquitos , but in fact, thousands of species have evolved independently to find blood, feed on it, and keep it flowing — all while escaping from their prey with their lives intact! It’s incredible and I’m excited for people to discover a new appreciation for these highly specialized animals,” said Dr. Sebastian Kvist, Evolutionary Biologist and Curator of Invertebrates at the ROM. 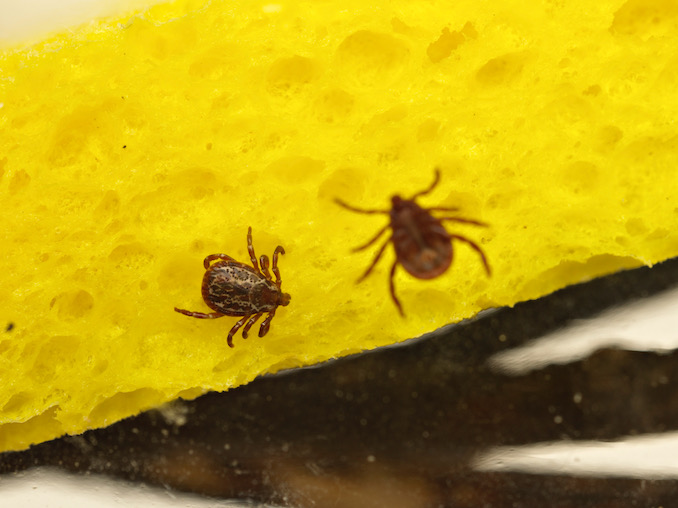 We had a chance to find out more with Dr. Kvist…

What sucked you into the world of leeches?

I’m an outdoorsy person – we spent a lot of time in the water growing up, and I remember having a fascination with the natural world from a young age. I wouldn’t say I was in love with leeches when I was a kid, but I fell in love with them during my PhD studies. The more you learn about an organism, the more you appreciate it.

You made the news about a recent discovery of a new leech species, can you tell us more?

This was part of a larger study conducted in collaboration with the Smithsonian Institution and the National Autonomous University of Mexico. As part of the project, we collected medicinal leeches all across North America and we found a new species in DC. After digging a bit further into museum collections, we found that this species has been found in several other places, but hadn’t been recognized as a new species. It very much resembles its closest relative, which is probably why it hadn’t been recognized. However, it differs in some details of the anatomy, and is very different in its DNA. We hope that further studies into the blood thinners in the saliva can shed light on the evolution of blood-feeding and perhaps aid human medicine in the future.

Why are some of us terrified of leeches? And can you tell us something good about them?

Leeches are misunderstood, in science and in storytelling. A lot of people think that they spread disease to humans, which they don’t. In fact, leeches help us heal. They’ve been used in medicine for thousands of years – beginning with bloodletting in medieval times, believed to balance one of the four humours of the body. This practice was eventually carried out by barbers and then physicians in Victorian times. Now, leeches are used in post-surgical applications. When you lose a finger or a limb, leeches are applied after reattachment surgery to promote blood circulation. The anticoagulants that leeches secrete in their saliva when feeding are the most powerful blood thinners in the world. And so they relieve the congestion of blood in veins, keeping the blood flowing and preventing clots.

What are some of the most common misconceptions about leeches?

A common misconception about leeches is that they like to live in stagnant, smelly, swampy water, but nothing could be further from the truth. Leeches like productive, cold water with a lot of life in it. That’s where they grow in abundance and in diversity. Not all leeches are blood-feeders – out of the 700 different species of leech, 500 feed on blood. Leeches are so perfectly evolved to do what they do – feed and reproduce. And they are so stealthy, that you wouldn’t even notice their bites. After they’ve bitten you, they take about five times their body weight in blood. Then they swim away without being seen because they have a dark dorsal side and light ventral side – so you won’t be able to see them from the top or the bottom. After feeding, they can go up to a year before they need blood again.

Leave a leech until its done feeding. It will drop off of its own accord after they take some blood, and go on its way. Leeches don’t spread disease, but when they get stressed – say, if you try squeezing the leech, pulling at it, pouring salt or squeezing a lemon on it — they can regurgitate a bit of blood from inside their bodies into the wound which can cause bacterial infection. 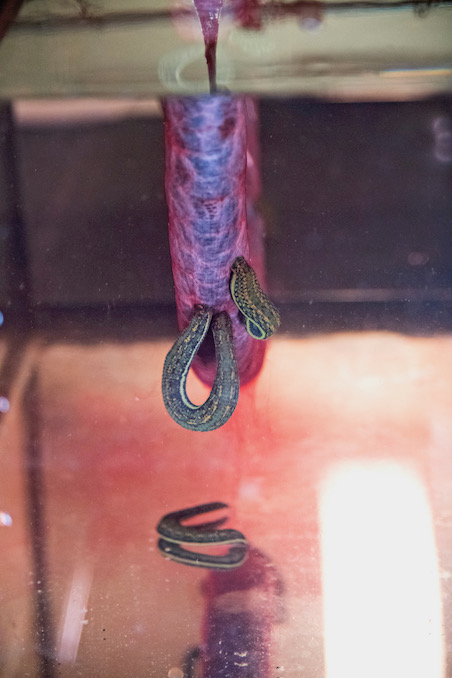 Canada has some important hotspots for research – where are some of your favourites and why?

I recently conducted an extensive collection trip across western Canada (from Manitoba to British Columbia) and we found several hotspots for leeches. Because of the natural beauty of the landscape, coupled with the high abundance of leeches, I would say that the prairies were my favourite destination. We found two new species of leeches during the trip, both in Alberta.

What are the most fascinating bloodsuckers?

There are some really surprising animals out there that thrive on blood. I’m excited for people to learn about the blood-feeding birds: the vampire finch native to the Galapagos Islands, and the oxpecker in Africa. These birds eat insects…and blood. For the oxpecker, this behaviour began with the birds picking at parasites from animals like the rhinoceroses and zebras, and lifting parasites off. So it was a very good relationship for both animals – the bird got the food, and the other animal got rid of the parasites. Then that evolved and the bird got a taste for blood over time, eventually adapting this blood-feeding behaviour where it picks holes in the skin of animals and laps up the blood.

I have – as you can imagine – a few favourite types of leeches, but one that’s up there is a non-blood-feeding leech called Haemopis elegans. It has a really beautiful yellow and black pattern on its back and a completely black stomach, which makes it even more beautiful. I call it the heavy metal leech, because of its black stomach and the fact that it swallows its prey whole – of course, it doesn’t hurt that I’m a giant metal head.

When we visit the exhibition, what are some of the highlights?

People will get to see live blood-feeding animals, like leeches, lampreys (called “living fossils” because they’ve remained relatively the same for 360 million years), candirus (reported to swim up urethras of several animals, including humans) and mosquitoes. Then there is a striking installation that shows just how amazingly vast the diversity of blood-feeding animals is, with over 30,000 species found all around the world. Large-scale models will bring microscopic details, complex behaviour, and intricate feeding mechanisms to life, too. I am excited for people to just be in awe of these fascinating animals, and learn to appreciate them a bit more as vital parts of our ecosystem.

Hungry for more? Then sink your teeth into some interesting events including a lectures Ticks and tick borne diseases in a changing world (November 23), Human Blood: Medicine to Magic (February 23), and the popular #FNLROM at night party with the  “Vampire Ball” theme on November 29 (19+)

Bloodsuckers: Legends to Leeches at the Royal Ontario Museum opens on November 16 2019, runs until March 22, 2020.

ROM After Dark proves dance parties can be educational (again)

Following a couple years’ worth of, y’know, reasons, the Royal Ontario Museum has reinstated its monthly late-night ROM After Dark […]

Each year, I count myself as doubly-lucky. Like many asians in the western world, we are fortunate to usher in […]