Our review of The Sojourn, developed by Shifting Tides. Released on September 20, 2019 for PS4 (reviewed), Xbox One, and Microsoft Windows. 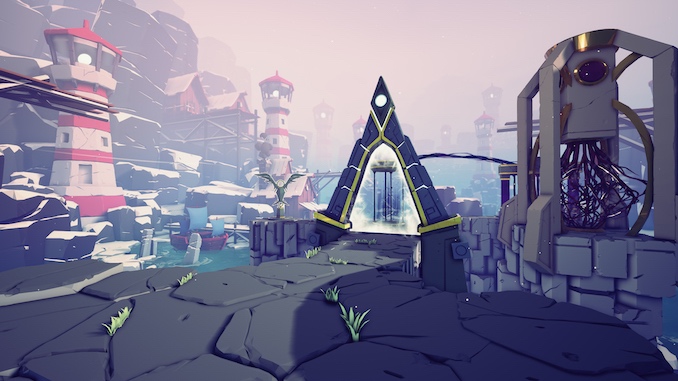 It’s a fun little jaunt through a beautiful environment.

People who loved The Witness and might enjoy an inferior but still enjoyable imitation. As for people who haven’t played The Witness: what are you still doing here? 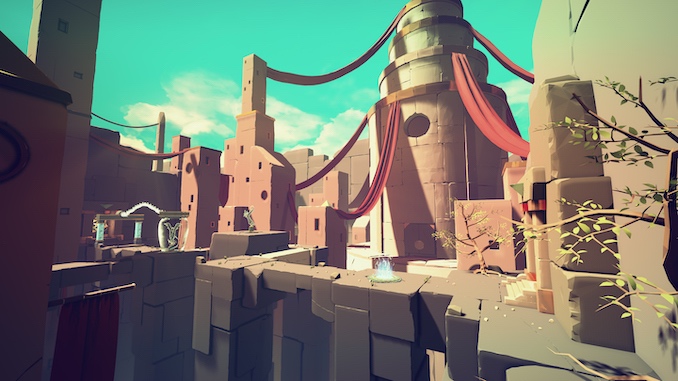 THE SINCEREST FORM OF FLATTERY

Have you played The Witness? You should play The Witness. You should go download it right now, either in its original and exquisitely high-definition PS4 presentation, or in the fantastic mobile port released a few years ago.

The Witness, arguably the finest first-person puzzle game this side of Portal, sends you, the lonely player protagonist, wandering a mysterious abandoned landscape overflowing with brain-tinglingly complex puzzles, your only guide your own brainpower. In a way, The Witness is the antithesis of modern gaming: it’s slow, it demands razor-sharp attention to detail, and its greatest awards await only the most patient of gamers. It is beautiful and I love it.

The Sojourn, on the other hand, is merely a decent first-person puzzle game in which you, the lonely player protagonist, wander a mysterious abandoned landscape overflowing with brain-tinglingly complex puzzles, etc. etc. etc..

It’s beautiful, sure, but I didn’t love it, mostly because it pales in comparison to The Witness.

That said, it’s still an admirable and flattering imitation. Puzzle fans will be pleased. 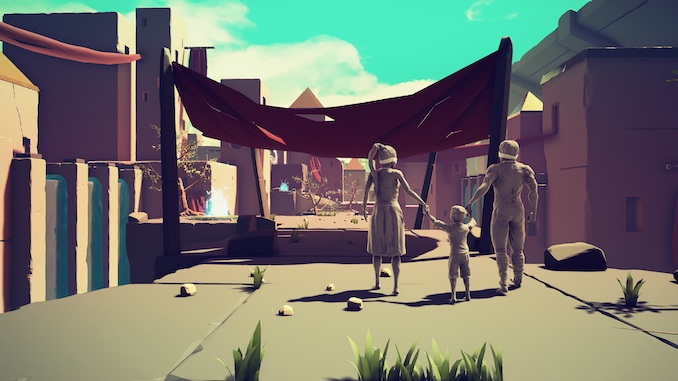 The Sojourn comes from a proud lineage. Its most obvious inspirations – The Witness, and for that matter, Portal – both share DNA with 1993 classic Myst, not to mention more recent genre highlights like The Talos Principle, Antichamber, FEZ, and Braid. There are a lot of these games, and each is fantastic in its own way.

The Sojourn is also fantastic, albeit not in its own way: it is very much a greatest hits of puzzlers past, borrowing liberally from better games, and adding little that is new. It’s still fun, though, and it’s simply lovely to spend time in. The visuals are lush, and there’s a very neat effect in which the various pieces of the world “fall” into place as you walk forward. It never gets old.

Unlike The Witness, this game is very linear: you can only do one puzzle at a time, and each puzzle is set in its own little “stage”, where you’re at all times free to pause and reset things if you get confused. Generally, the exit point is immediately visible upon entering an area, but the precise means to get there can take some time – minutes, hours – to figure out, depending on how well you comprehend the puzzle mechanics. In later levels, those mechanics can become very complex, at times infuriatingly so. A few too many moving parts, for my liking.

As is typical in these games, you spend a lot of time pondering which switch to stand on, which statue to move where, and the correct order to activate different features of the environment. Much of the game is based around a dimension “shifting” ability, allowing you to pop into a parallel reality where the environment is slightly different and more puzzle tools can be found. Again, it’s nothing new, but it works well. 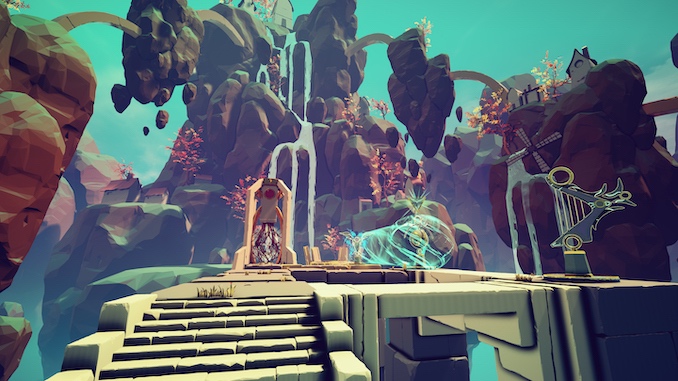 One thing I did find obnoxious is that a lot of The Sojourn‘s puzzles are timing based. Very, very precise timing. It’s a weakness found in other puzzle games (though notably not in The Witness), because it creates situations where you think you’ve figured out a solution, only to fail because you didn’t move fast enough, or your precision wasn’t pixel-perfect. There’s nothing more frustrating than trying an approach, failing, moving on to try something else, only to find out twenty or forty minutes later that you actually did have it figured out, but your character was just a fraction too slow.

Speaking of which, your character really is a fraction too slow: I guess it’s part of the experience, but it doesn’t help that you move at just shy of a snail’s pace. Even Journey, a game whose purpose is literally in the title, let you move faster than this. 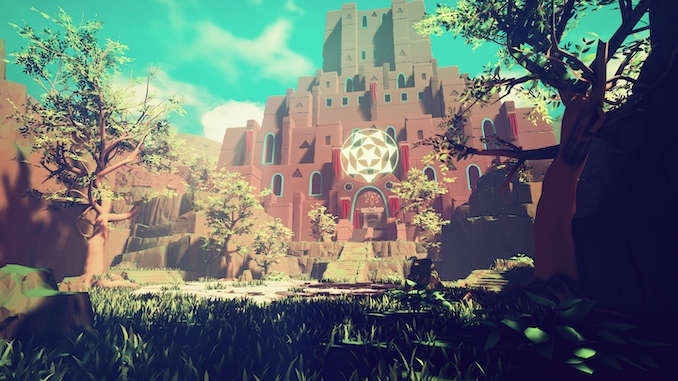 If it seems like I’m being a little unfair in my comparisons between The Sojourn and other games, that’s only because it invites those comparisons so readily. The aesthetic and world design are so similar to The Witness, it may as well be set in the same universe. Even the enigmatic statues, which reveal tantalizing clues about the game’s backstory, appear to be carved by that game’s architect. (She sure gets around!)

The concept of a slow-moving protagonist, wandering through abandoned desertscapes (and snowscapes, and so on) is hardly new. None of the puzzle mechanics are particularly new either. The dreamlike visuals, the generally ethereal vibe: that’s not new either, though it’s a wise and soothing choice for a game packed with brain-breaking logic puzzles.

I’m not sure that matters, though. The Sojourn is a fun little adventure, with some entertaining puzzles. I like brain-teasers as much as the next SAT- or Mensa-head, and games like this are a welcome respite from the virtual bloodsport that so much of modern gaming has turned into.

Sure, you probably won’t remember The Sojourn in a few years, and it’s not like there’s some great reward waiting for you at the end of all those puzzles. But then again: it’s the sojourn, not the destination, that matters.

Final score: 8/10 voyages across a vast and lonely landscape.

Visit the official page for The Sojourn here.

NHL 17: The Pros and Cons of EA’s Latest Hockey Game

Our review of Cuphead: The Delicious Last Course, developed by StudioMDHR. Available Now for PS4 (reviewed), Xbox One, Switch, Windows, […]