Let’s be clear. This is a plan with a lot of words, and little to no action. A climate change plan without any clear and defined goals on emissions or pollution reduction isn’t a plan, it’s a New Year’s resolution. 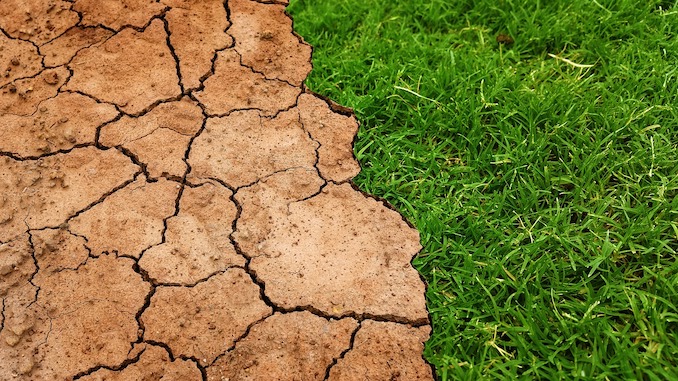 As with anything proposed by Andrew Scheer and the Conservative Party of Canada, it contains no original thinking, and caters almost exclusively to the wishes of the oil and gas industry.

There are some shocking similarities between the Scheer plan and Oil and Natural Gas Priorities: Putting Canada On The World Stage, a report released on June 3rd by the Canadian Association of Petroleum Producers. How convenient. Both plans prioritize the marketing of Canadian oil and gas as a low emissions and clean alternative to foreign oil and gas. Both plans also call for a large emitter framework with an investment in green technology in lieu of carbon taxes.

Carbon pricing is required to drive new green technology because demand drives innovation. Businesses are looking to develop new green products for growing markets. Without energy prices reflecting the true environmental costs of fossil fuels, consumers have no incentive to look for more expensive but greener products. Using proceeds from cap and trade and carbon taxes allows the government to focus on investing in technologies that may not yet be cost effective for entrepreneurs and businesses that are having a hard time attracting investment or capital. Government does not inhibit research and development, but acts as an important partner. There are a number of studies that show that research and development subsidies alone do not promote the use of clean energy, or low carbon technology solutions.

This is a political document meant to shore up the Conservative base. It hides inconvenient truths about the costs of transitioning to a lower carbon economy. Research and development alone does not cut emissions, creating incentives for industry to deploy those new technologies is what lowers emissions. Canada has the technology to lower emissions already, having large emitters invest in green technologies as an offset is nothing but a bait and switch for Canadian companies. The large emitter pricing system in this plan has little to no details. It is not at all clear how the system would work, which provinces would be impacted, and what the standards might be. There is no detail on how much it would reduce emissions. There is no way to correlate whether a new technology was created because of a specific government policy, so there is no way to know if emissions are dropping because of a large emitter pricing system.

This plan does indeed contain a carbon tax. When you force a company to purchase green technology in proportion to their level of emissions – that is carbon pricing, despite how Andrew Scheer tries to spin it.

The Conservative plan calls for a Green Homes Tax Credit – and if that sounds familiar? It should, the Harper Conservatives cancelled the ecoENERGY Retrofit Program, which gave Canadians up to $5,000 to make their homes more energy efficient. The only difference is the Scheer plan offers Canadians $2150 less to make upgrades. They are literally going back to the past for old ideas. Home retrofit tax credit programs are financially restrictive for most homeowners with no definable reduction in emissions.

Carbon pricing alone will not get Canada to it’s Paris targets, but it is at least a start. Canada requires bold thinking with initiatives that provide a clear and definable reduction in emissions. We require cost certainty, and to be transparent in those costs. We know what we have to do, we need a road map to get there, This plan is no road map, it is at best a document that caters to the status quo.

Canadian’s waited 417 days to see this climate plan, and its lack of vision and details is astounding. Canadians need more, we expect more from those who hope to form government. This is the same lack of details thinking that Ontario fell for with Doug Ford – and look what that has gotten us.

ALUS is a charitable organization that focuses on sustainability, biodiversity and the fight against climate change for the benefit of […]

We had the chance to talk with Ella Grace, co-founder of The Cleanup Kids – a kid thought up, kid […]