Our review of Spyro Reignited Trilogy, developed by Toys for Bob. Released on November 13, 2018 for PlayStation 4. 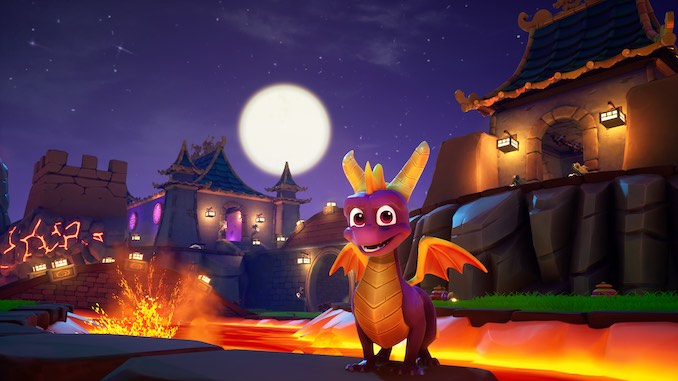 A beautiful remake of the original three Spyro the Dragon games.

Speaking as a Crash Bandicoot fan, it finally gave me a chance to appreciate why people love Spyro so much.

Nostalgic for Spyro? Crash Bandicoot’s “N. Sane” remake not doing it for you? Provided you have the time for three (3!) games-in-one, check this little dragon out. Oh, and it’s also a great – great! – option for anyone with little kiddie gamers in the family. So long as you’re not using it as substitute for a babysitter. 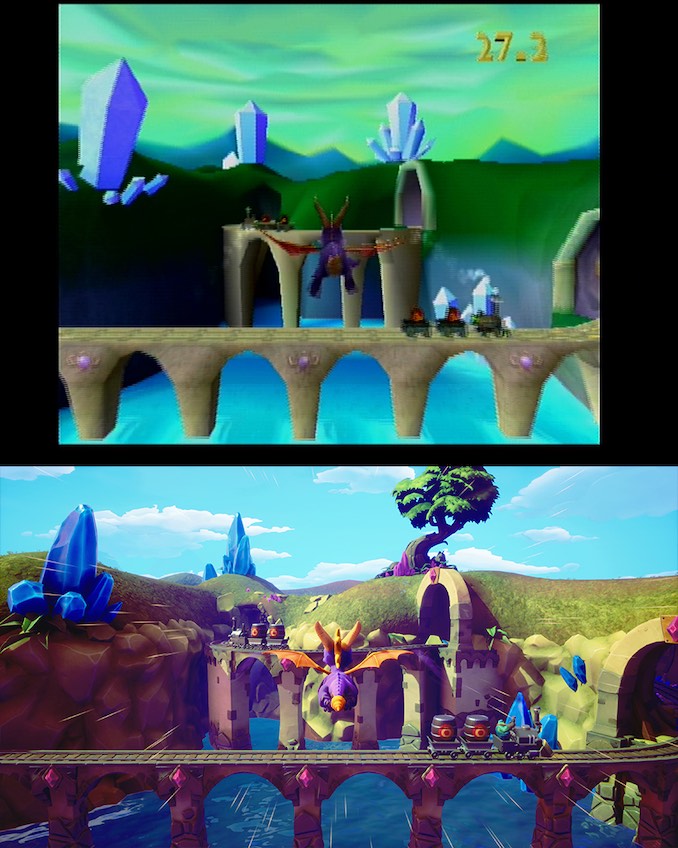 BLAST FROM THE PAST

It’s been a good year for retro gaming. The NES and SNES Classic sold like hotcakes (though the less said about the PlayStation Classic, the better). The latest iteration of Super Smash Bros. gave us 70+ characters spanning 30+ years of Nintendo – and Sega, and CAPCOM, and Konami, and so on – history. Tetris Effect (which I reviewed here) proved that a 34-year-old game can, with only minor tweaks to the core gameplay, still prove highly relevant. Heck, my definitive best game of this year, Return of the Obra Dinn, was made in a throwback “1-bit” pixel art style.

Then there are all of the fantastic remakes and remasters. Whether it’s the PS4 remake of Shadow of the Colossus – my definitive all-time best game (seriously, go read the review) – or the Street Fighter 30th Anniversary Collection, which lets you put artificial scan-lines on your HDTV, it’s been a banner year for remakes. Even the slightly busted remaster of the original Crash Bandicoot trilogy was, on the whole, a fun trip down memory lane. 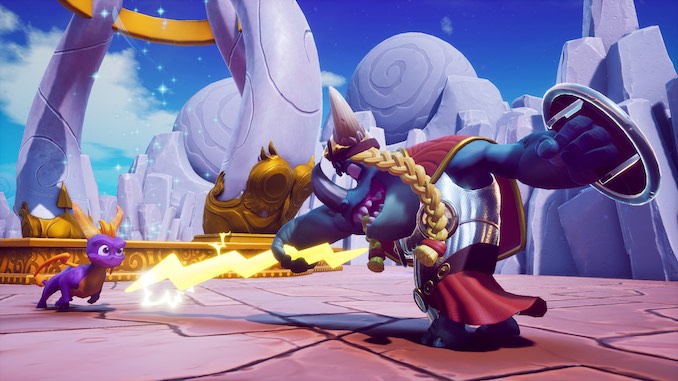 Crash Bandicoot, of course, comes from those halcyon days of console gaming when every company had a mascot – occasionally two – of the anthropomorphic animal variety.

Spyro’s friendly sibling rivalry with Crash on the original PlayStation resulted in some of the best platform games of the era. And it was friendly: I still remember how to access the secret Spyro demo hidden in Crash Bandicoot: Warped. (To be fair, the developers just used a variant of the Contra Code.) Today, Spyro’s creator, Insomniac Games, is better known for the Ratchet and Clank series, not to mention this year’s excellent Spider-Man game, while Crash’s creator Naughty Dog went on to make The Last of Us and the Uncharted series.

All of which is to say: Crash Bandicoot was awesome, and Spyro was awesome, and if you haven’t yet – and it’s days yet to Christmas – you could do worse than one or the other for the retro gamer in your family.

To be clear, though, you should probably find out which camp your particular retro gamer falls in. I was always a Crash kind of guy, which is why I had to recruit an actual Spyro fan to help me out with this review. Anything wise or insightful about the differences between this and the original can safely be attributed to her. Anything in this review that’s dumb or ignorant about which dragon is which or what the point of the eggs are anyway, are mine and mine alone.

I’ll get my main criticism out of the way first: these games are definitely the product of an era. Specifically, the post-Super Mario 64 era of 3D platformers, where what would nominally be the primary objective – get to the exit and kill the Big Bad Boss – could easily get derailed by the exhausting (but, to be fair, non-mandatory) drive to collect anything and everything in the game.

And it’s here where the Spyro games may wear out their welcome (though it’s true for Crash too): not only are you encouraged to find, say, every hidden egg per level (perhaps a half-dozen), in order to snag that coveted 100%, you’ll also need to track down every one of the thousands of jewels (in-game currency), not to mention the treasure chests, the hidden rooms, the side missions, etc.

Technically, all of this stuff is optional. But it’s there, big glaring counters with big glaring percentage markers just shouting at the OCD-gamer in all of us that there’s more to collect, more secrets to uncover. If you grew up on Spyro (or Crash), you may not be able to control the urge to nab everything. 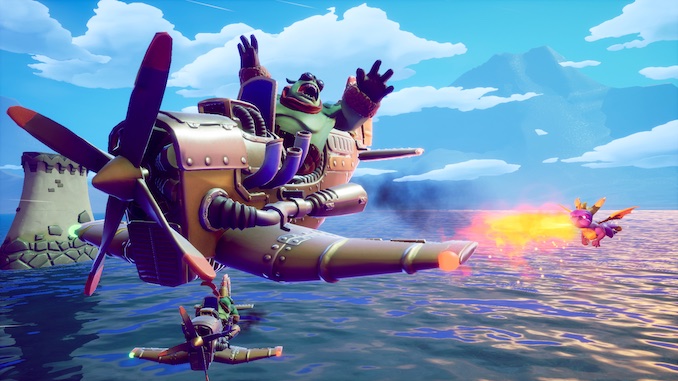 YEAR OF THE DRAGON

But really, that’s hardly a deal-breaker. Hate yourself for being sucked in by the urge-to-collect, but don’t hate the game for doing it to you.

Ultimately, the (re)makers of Spyro could have revamped the game, but – in the words of my resident Spyro expert – they knew to leave perfection alone. Everything you remember – or never saw first go-round – is here, only better.

The intuitive controls. The simple but fun boss-fights. (Now when’s the last time you heard that about a video game?) Lush graphics. Sorry, really lush graphics: even the most rose-tinted nostalgia is unprepared for just how green the grass is, how sparkly the gems are, how hot the flames (and how beautifully everything burns). The absolutely-fantastic skateboarding minigame.

Ultimately, this is a game that’s best played with a friend: take one OG Spyro fan, add in one newbie that they bring along for the ride. It’s like travelling back together to a friend’s living room circa 1999, and getting to meet their childhood friends, exactly as they remember them.