Our review of Spider-Man, developed by Insomniac Games. Released on September 7, 2018 for PlayStation 4. 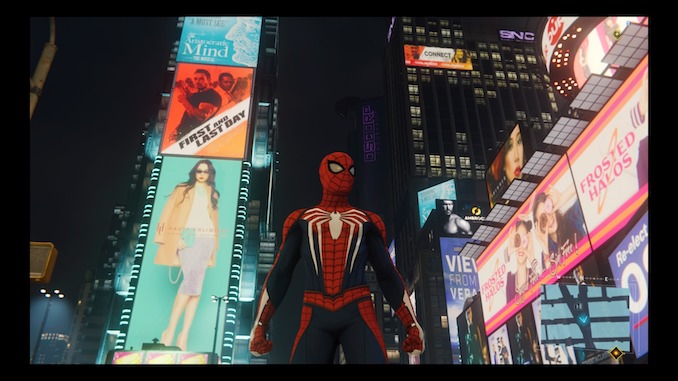 Web-heads, Marvel zombies, action gamers, and anyone feeling wistful over the end of the Batman: Arkham trilogy. 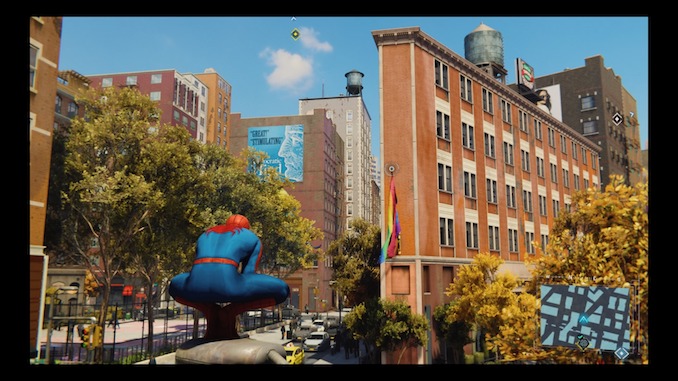 That feeling on the back of your neck, the one you get while playing Insomniac’s entertaining new Spider-Man video game? It’s not your latent spider-sense.

For you see, true believers, the one thing that both defines this new Spider-game and immediately hamstrings it is just how closely it mimics the Batman: Arkham trilogy. The world design, the gadgets, the stealth emphasis, the brutal takedowns, the counter-heavy combat, the Detective Vision, the gang hideouts, the analog-tuning puzzles, even certain elements of the story. It’s all Arkham redux.

To a degree, this makes sense. Arkham City in particular remains the gold standard of superhero gaming, not least because it borrowed some of its best aspects from other heroes, including good ole Spidey himself. Batman’s (cough cough) “bat-sense” was always a bit silly in the Arkham games, but so cool that we quickly overlooked its arachnid origins. Similarly, Spider-Man: Definitely Not Arkham wouldn’t be half as fun without, say, Spidey’s ludicrously over-packed utility belt.

In a way, you can think of Spider-Man: I Wish We’d Made Arkham as reclaiming some of what’s rightfully his. 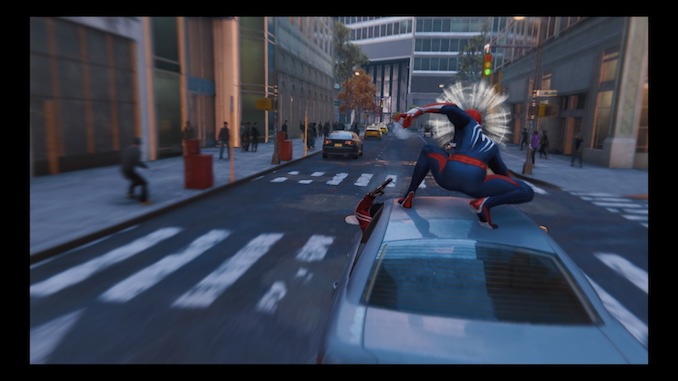 Somewhat confusingly, this game’s Spider-Man is yet another new version, set in a universe distinct from previous Spider-Mans (Spider-Men?), and featuring a more experienced Peter Parker some eight years into his superhero career. On the one hand, the time leap is a smart idea, allowing the writers to skip over Spidey’s well-trod origin story. On the other hand, the willingness to depart from Spider-canon also leads to some weird, and frankly dumb, story decisions.

Let’s start with the central narrative: we’re told from the outset that, because we’re eight years in, most of Spidey’s major villains are locked up in super-prison. This is (a) unrealistic given the Marvel Universe’s notoriously revolving door prison system, and (b) evidently just an excuse to limit the super-villainy to two C-listers, at least until the game’s overstuffed finale. It doesn’t help that the main antagonist, Mister Negative, is just Jessica Jones’s Purple Man with slightly different powers and a cooler colour scheme. Add to this some painfully uninteresting side missions, and even worse collectible hunts, and the game often seems to be challenging the player to like it. 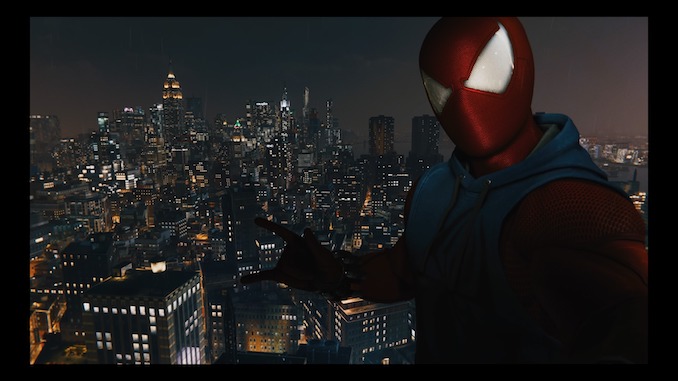 Thankfully, Spider-Man is a joy to play. As has long been the case for Spider-games, New York looks amazing, Peter Parker is a fun guy to be around (and often genuinely funny), and the controls are impeccable. The freewheeling combat is a highlight, letting you seamlessly switch between web attacks, jumps, swings, melee strikes, and cinematic counter attacks. True, much of this is lifted from Arkham – the stealth missions and spider-gadgets are particularly derivative – but because they’re so fun it doesn’t really matter. There’s simply nothing cooler than crawling across a ceiling, dropping a web trap on one thug, then zipping to a vantage point for a one-hit stealth takedown on his partner.

Web-slinging across New York is also truly thrilling. Across the 20+ hours of gameplay, I never got tired of jumping off a building, throwing out a last second web, and swinging away through the Manhattan skyline. Plus, the game has a plethora of Spider-costumes to unlock, including one late-game “throwback” that’s so beautiful it single-handedly elevates the rest of the game. And I’d be remiss if I didn’t mention the game’s efforts at representation: there are many supporting characters of colour, and the NPCs populating digital Manhattan are as diverse as the neighbourhoods recreated in-game. These are the kinds of smaller, caring touches you’d expect from a company with a strong reputation for diversity. 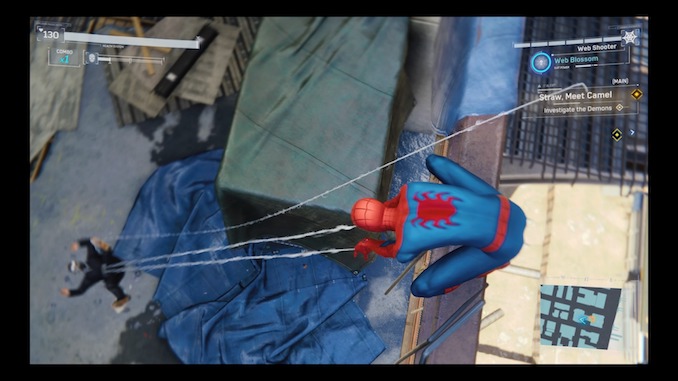 Still, it’s hard not to shake the feeling that in trying to emulate DC, while also trying to carve out their own slice of the Marvel universe, the game’s developers have misfired in some serious ways. By far the worst of these are the needlessly dark plot elements, which include biological warfare, a major terrorist attack on downtown New York, and one rather graphic suicide. These are particularly incongruous alongside Spider-Man’s quippy comedic stylings, and come off as an embarrassing attempt to emulate DC’s cinematic Murderverse. You know, the one medium where everyone agrees Marvel does it better.

Indeed, the main way the developers really distinguish themselves from Arkham is in their total failure to embrace the source material, especially when it comes to side content. Where Batman: Arkham City had memorable side stories with interesting characters (Deadshot! Mad Hatter! Hush!), Spider-Man delivers one generic side mission after another, assigned by one generic quest-giver after another. If I never have to chase another digital pigeon it will still be too soon. 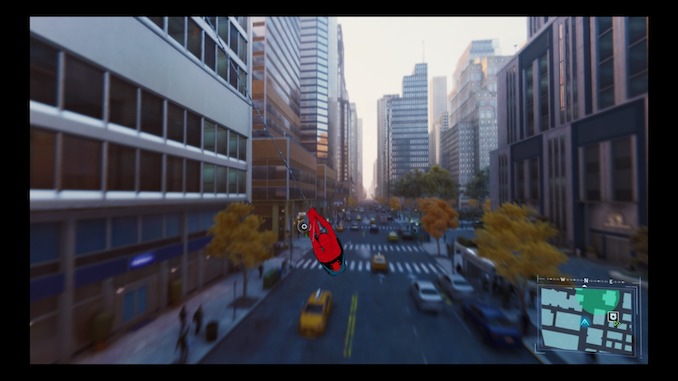 There are other oddities. Mary-Jane Watson is here, but needlessly recast as an intrepid reporter who also happens to be Peter’s ex-girlfriend. So not only do we get a Lois Lane ripoff (who we’re forced to control for some terrible stealth missions), we also get the added insult of Marvel’s ongoing refusal to give Peter and MJ a happy relationship. Then there’s this game’s Aunt May, too old to be Marisa Tomei, but too orange-haired(!) to resemble the comic book version. You want Norman Osborn, perhaps Spider-Man’s greatest villain? In this universe, he’s mayor of New York City and has never even considered donning a green-and-purple costume. Meanwhile, his son Harry (the comic’s second Green Goblin) is inexplicably reimagined as an environmentalist who regularly demands that Spider-Man clean up New York City smog. (No, really.) About the only really great idea is having J. Jonah Jameson turn up as an Alex Jones-type radio host. 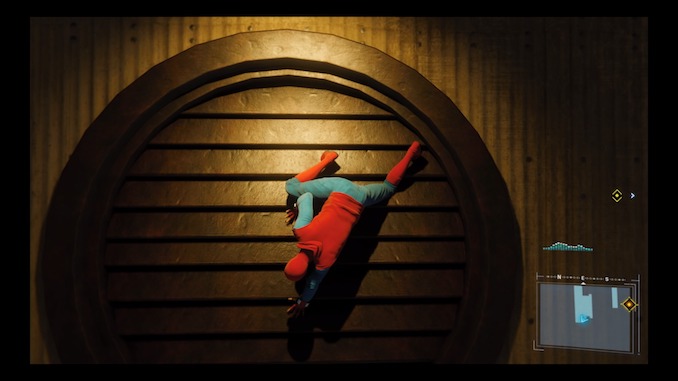 If it seems like I’m being hard on a character I love and a game that I like, it’s only because the game is so hard on itself. By hewing so closely to the Arkham formula, its every weakness is amplified: the story just isn’t that compelling, the side missions are disappointing, and, excepting some neat Easter Eggs in this game’s version of Marvel Manhattan, the failure to embrace the wider Marvel or even Spider-Universe really stands out. The last thing Spider-Man needed was a gritty reboot starring a villain literally named Mister Negative, but here we are.

Could Insomniac do better with its (already teased) sequel?

Could Spider-Man one day escape the shadow of the Distinguished Competition?

Our review of G-Darius HD, developed by Taito. Available now for Switch (reviewed) and PS4. WHAT IS IT? A PS4/Switch […]

Dead Space 3 and the Toronto Artist Behind It

The third instalment of EA games horror third-person-shooter Dead Space came out earlier this month when Dead Space 3 was released. The game was made in […]