While we eagerly await the construction of the new 100 million dollar North Building at St. Lawrence Market, slated for 2021, Toronto Guardian takes a look back at the nearly two hundred years of markets on the historical site. 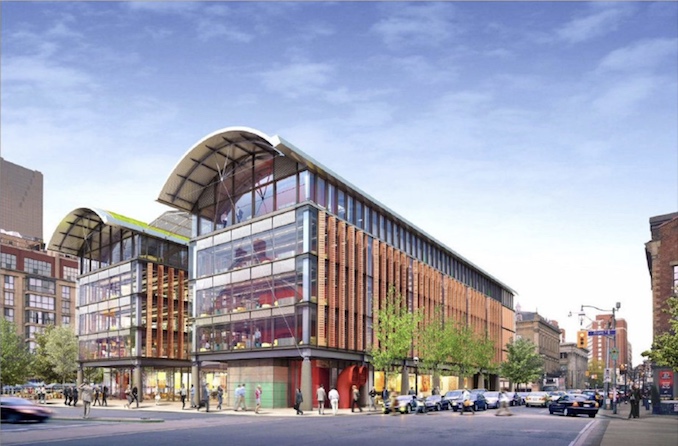 The storied location at Front Street has survived two major fires, a roof collapse of the Eastern Hall, and waves of urban redevelopment as it evolved from an open fish market on the old wharf, to the luxurious Saint Lawrence Hall, and the drab, brick building erected in the 1960s. Throughout the centuries, St. Lawrence Market has hosted political campaigns, boxing matches, and even the late Anthony Bourdain, after it was recognized in 2012 by National Geographic as the best of the world’s Top 10 Food Markets.

About Evan Jordan 5 Articles
Evan A Jordan writes about restaurants, travel and cooking. Get in touch with him via social media.
Website Twitter

Brunch at Cresta Restaurant in Toronto

God, I love brunch. Good job I live in Toronto, where brunch has now been honed to a fine art. […]

Nicoli OZ Mathews sent us this ground level shot of a 1951 PCC Toronto Streetcar for today’s daily photo from Toronto. […]

Vintage Photographs of Sledding and Tobogganing in Toronto

Taking ones sled out to Toronto tobogganing hills has been popular in our city for over 100 years. Not only […]