So we didn’t win gold in hockey this Olympics. Son of a bitch!

It’s too bad the IOC and the NHL couldn’t find common ground. With Connor and Sid on the ice? Forget about it. But, being on the podium without the help of our most fortuitous pros ain’t half bad eh?

The good news is that we are still the ultimate, smart, sexy, hockey-Gods from the north that we always have been. We always friggin’ will be and if you mess with us we’ll send our CCM’s a choppin’! Probably not actually. If you mess with us we will politely congratulate you on a job well-done.

Beating Team Canada must be in the thesis for any other national hockey team’s determination-essay. Canada is elite. We are the foundation for hockey within the junior, pro and world scene.

It’s time to pick your sagging-jowls up and off of your basement-floor, wipe the tears from your crusted-cheeks and remember how truly-dominating Canada, Toronto especially, has been on the Olympic platform in our hockey history.

I think we should play one of my favourite pass-time-games titled: We Lost But Have Won Big-Time Before, So We’re Still Wicked-Sweet.

As Canadians, we have all been accustomed to seeing gold-studded everything regarding hockey. But, also as Canadians, we try to be humbled when we lose. 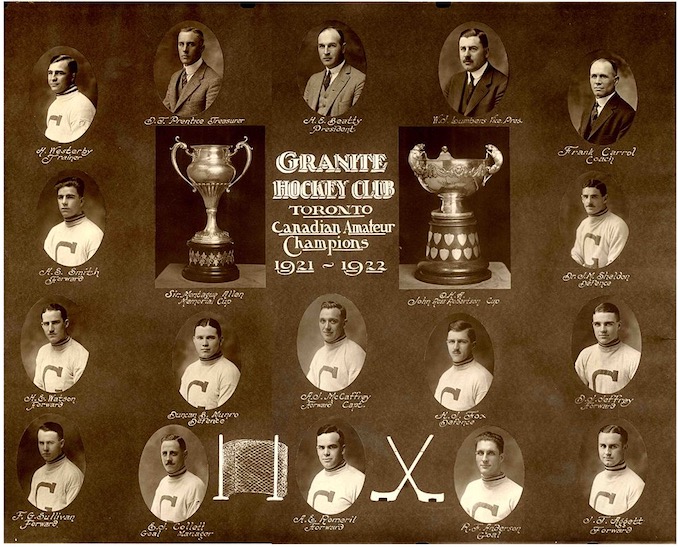 1924: The Toronto Granites are chosen to represent Canadian Hockey at the 1924 Olympics in Chamonix, France.

On that team were some spectacular fellas that defined Canada’s hockey spirit on the world-stage as they defined being simply-Canadian, and just-human, while at home and around Toronto.

Over 200 professional goals. Two-time Stanley Cup Champ. In his games played in the golden 1924 Olympics he scored 18 goals. It was hard to know what position he was actually playing because he just went end-to-end and everywhere he could. One thing you may not know about Hooley is that he was the first NHL player to wear a helmet, which probably made him a giant target for cheap-shots. Reginald Joseph Hooley Smith, Canadian, was harder than a coffin nail. He won us gold.

Maple Leafs Alumni, playing in 1927/28. He was a tactical pilot in WW1 and a Civil Engineer by trade. He could skate hard there bud. A smart analytical playmaker. A brilliant Canadian that wound up coaching at Princeton. Canada is elite in many ways. William Beattie Ramsay helped first-orchestrate modern play-formations still used today like the “trap”. He won us gold. 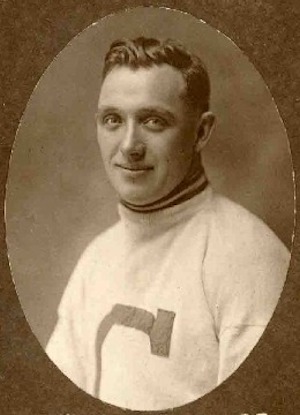 Stanley Cup winner. He only played 22 out of 40 regular NHL season games in 1930-31 and did not play in the playoffs, but the Habs still had a nice ring for him. He was a barber and kept Toronto men sharp. He scored 20 goals in Chamonix. He is Canadian Royalty. He won us gold.

The Goalie with tight-threads. The first Canadian to be a flag-bearer at the Olympics. He was a gold medalist goaltender and a nice-dressed tailor at home. He was a simple dude just doing his job. He won us gold.

Do you need insurance? I know I do. Sheesh. Too bad Henry passed on 9/11 in 1957. He would have been a killer broker. He was a fighter ace in WW1 who is confirmed to have shot down 5 enemy planes. So when I say killer, i mean it. In the 1924 Olympics he scored a measly 36 goals. He helped us become the hockey lovers we are today. He won us gold.

Last but never least, he was a late addition to the 1924 Toronto Granites. Smoking darts and taking slap shots from the top of the crease were his things. He was a gem. A regular dude flying to France to play hockey. He won us gold.

Do you feel better? I’m feeling nostalgic. Canada is simple. Canada is beautiful. Canada is hockey.

Let’s all give a big cheers to Canadian hockey and all its forms. Remember where we came from before you feel bad about where we are.

A Curated Collection of Old Hockey Photographs from Toronto

For my latest collection of vintage pics, I thought I would find some old hockey photographs from the Toronto area […]