I still remember meeting you (Terry McGlade) for the first time, as a 10-year-old. Entering the house after a game of road hockey, seeing your lumberjack jacket hanging over the chair at the kitchen table, a large frame with waving dreadlocks. You were a renegade of sorts with a familiar presence. I’d seen you frequently before as a parent with daughters attending the same school, and now you were in my house eating lunch with my mom.

Initially, there was an innocent confusion about why you were there. But over the weeks and months that followed, those feelings seemed to dissolve and were replaced with a sense of ease and enjoyment when you came around. Prior to moving in we often spent time together watching films, eating junk food and enjoying each other’s company. ‘Speed’ was the first movie we took in, however, seeing ‘Stargate’ and “The Fifth Element” at the old Bloor Cinema plays back like a reel in my mind. These tender movie memories were frequent during the early years and I believe they’ve come full circle.

During summers in high school, having a chance to work alongside you at your landscape design business, gave me a fresh perspective. The days were gruelling, yet the sense of pride and commitment you gave to your projects were unmatched. I learned the importance of loving what you do while still finding success- a quality in you that’s never wavered.

When my mom worked long hours, during our alone moments you always took time to reinforce the lessons of the day. Back then I never envisioned the thought all three of us would be working on a set together, so when you asked me to take on a Producer role in your upcoming project, ‘Platform’, and after hearing your vision of the film, I couldn’t pass it up.

Although I wasn’t sure how collaborating on set would impact our relationship, I was confident in your clear vision as a Director and devotion to your objectives. This was a proud moment as your stepson and a real family affair that all ties back into the many childhood memories we shared in front of the television and movie screen.

Witnessing firsthand how you’ve developed your craft as an artist and storyteller across multiple mediums from photography, to landscape design, sculpting and now to film making has been a remarkable journey.

Now we’re releasing a film together. 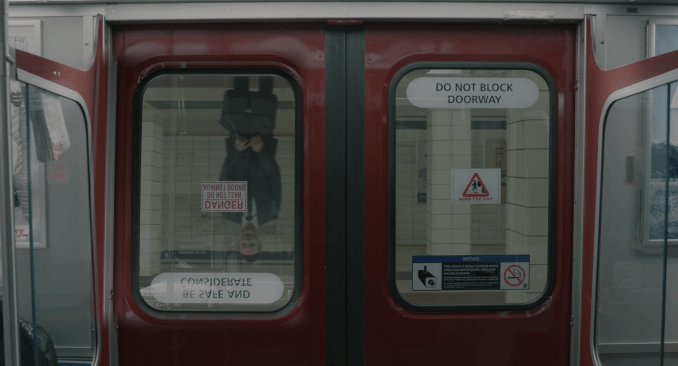 Which ‘hood are you in?

My studio is located at 34 Sousa Mendes Street, in the Junction.

I’m a multi-medium storyteller, award-winning screenwriter and director as well as a visual artist. My work ranges from photography, landscape design, video art and filmmaking to sculpting.

Currently, my team is working on the promotion of our short film ‘Platform’ scheduled for public release October 1st at midnight.

‘Platform’ goes live and will be available to the public October 1st, at midnight on www.platformmovie.com. You can also find some of my sculptures at OENO Gallery in Picton Ontario.

Alina Vita Kulesh is, first and foremost, a poet. Yes, she is a director and a writer, but in her […]

“A Day in the Life” with Toronto Photographer/ Director Ashlea Wessel

Ashlea Wessel has always been a highly visual person. Her love for the arts began in her early childhood, which […]

“A Day In The Life” with Toronto filmmaker Chris Strikes

Chris Strikes is a Jamaican-Canadian Toronto based filmmaker who grew up in the west-end of the city, where he first […]