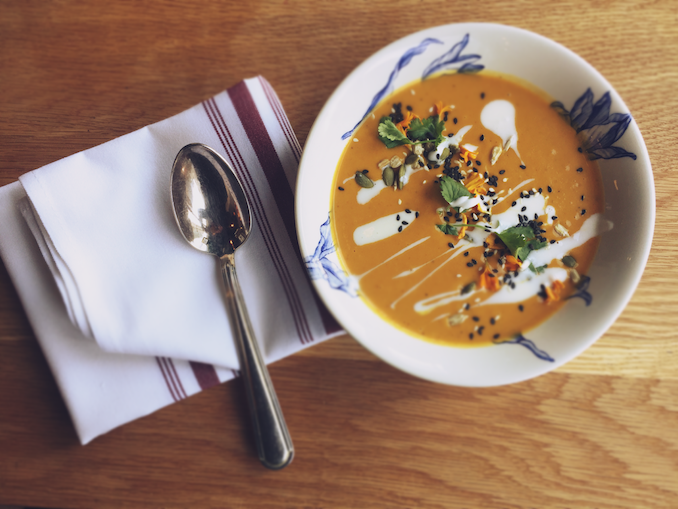 Vegan Filipino Kalabasa Soup Recipe from Chef Ricky Casipe (Hawthorne Food and Drink) who is taking part in the Recipe for Change event.

This soup’s ingredients are inspired by the Filipino Kalabasa soup, but it’s not traditional in the way that it does not contain shrimp or condensed milk.

In a large pot, simmer onions with oil, salt and pepper until golden brown. Add garlic and ginger and saute until tender. Deglaze pot with vegetable stock and add pumpkin and coconut milk. Bring to a boil, simmer for 15 minutes and remove from heat. Puree in a blender until smooth. Season with salt and pepper to taste.

For this edition of our Homegrown Business feature, we spoke with Toronto salon owner, hair stylist and creator of Proudest […]