I recently got a chance to sit down with Canadian Olympic medalist Silken Laumann who was in Toronto promoting the #BeFearless campaign with Samsung. 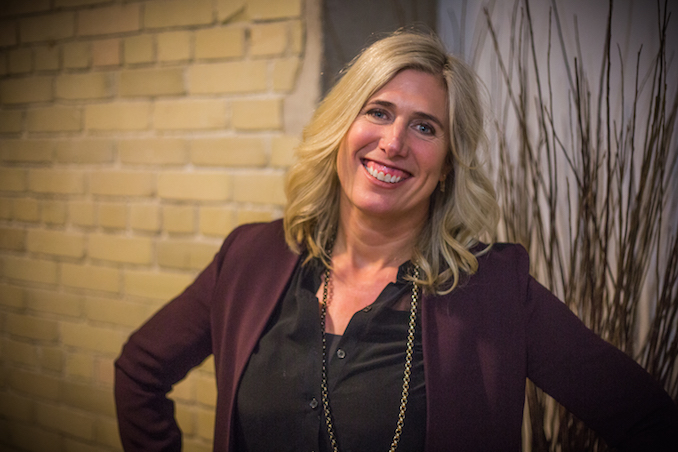 You may remember the rower from the ’92 Olympics in Barcelona where, after a severe injury to her leg from a crash during practice, Laumann came back after only 6 weeks to win the Bronze medal for Canada in Single Skulls.

After her win in Barcelona, Laumann returned in ’96 in Atlanta to win the Bronze again in the Single Skulls competition. This would be her last Olympics and the retired rower now lives in Victoria where her daughters have continued in their mother’s footsteps by becoming rowers as well.

Having faced the adversary of overcoming a severe injury, Laumann showed incredible strength and continues to give talks on the experience. Her book UNSINKABLE: A Memoir goes through all of the obstacles she has encountered and overcome in her professional and personal life. 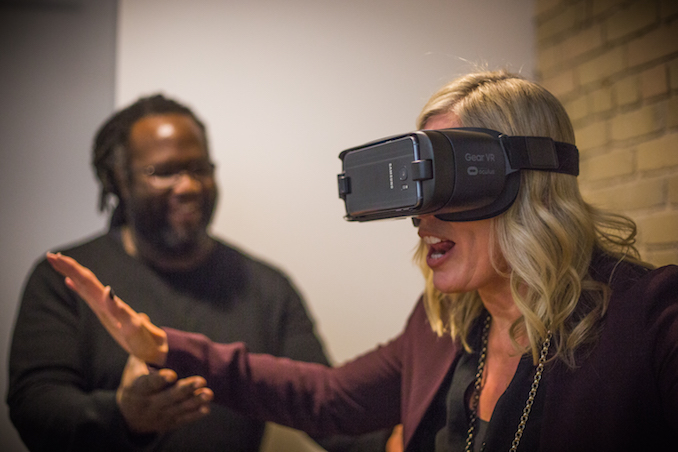 During out chat, I also got to hear about the #BeFearless campaign with Samsung that uses the Virtual Reality device Samsung Gear VR. The virtual reality is meant to help users get over their fears of heights as well as public speaking. As Silken Laumann is a veteran public speaker, I asked her, “What scares you?”.

“Rats!” She replied. Unfortunately, there is no VR program to help with that fear.

The “games” that they do have include one for heights that allows you to hang off the side of a helicopter or hike the side of a mountain to overcome your fear. Another allows you to give a speech in front of an auditorium filled with onlookers. The idea of the programs is to help one overcome these fears by constantly playing through these uncomfortable situations. They can both be downloaded to your phone at home and used with the Samsung Gear VR. Try it out!

Take a look at the new healing space at SickKids Hospital

Whether you have kids, or not, The Hospital for Sick Children (aka SickKids) is a place that has touched us all. […]

The Google Pixel marks a new threat to Apple and Samsung

In a phone war between Samsung and Apple, the Google Pixel is the smart phone to watch. I recently got to […]

Samsung Galaxy S8 and S8+, a bit bigger and a bit better

The Samsung S8 and S8+ are continuing the Korean cell phone maker’s most popular models, coming off a year plagued with […]