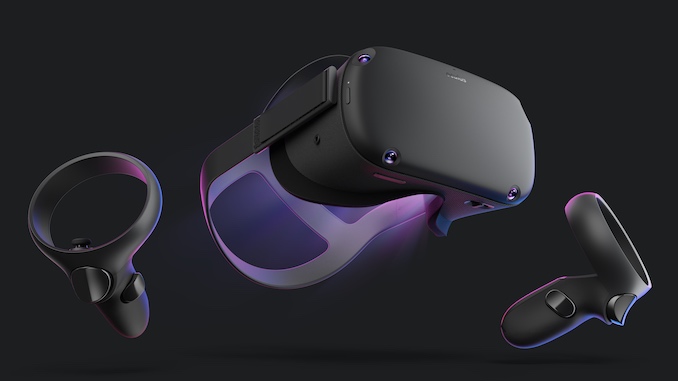 WELCOME TO THE NEXT LEVEL

It’s not the Holodeck.

That’s about the biggest knock against the Oculus Quest. It doesn’t deliver a totally immersive environment, indistinguishable from reality, infinite in scope. It doesn’t do that.

But the Quest is by far the most impressive commercially-available VR headset yet released. It’s expensive, yes, at CAD $550 for the 64GB model and $700 for 128GB. But if you’ve been on the fence about VR and if you can afford it, now might just be the time to take the leap.

It’s easy to understand what makes the Quest so special:
1. It works really well.
2. The visuals are amazing.
3. It’s completely wireless, and doesn’t require that you own any other hardware.

Of the three, it’s the last which may well be the biggest selling point. Unlike the comparable PSVR, or the technically superior Oculus Rift, the Quest works straight out of the box. You don’t need a powerful PC or gaming console to power it. You don’t need to plug it in at all. You just turn it on, put it on, and you’re immediately thrust into a virtual world of your choosing. This is how VR was always meant to be.

LIVE IN YOUR WORLD. PLAY IN OURS.

Ever since Oculus founder Palmer Luckey posed for a silly but charming Time Magazine cover, it was clear that the modern age of virtual reality had landed. The original Oculus wasn’t merely a tech demo, nor was it a black-and-red torture device. It was a working VR headset that, not longer after Facebook’s acquisition of Oculus, became readily available to software developers and consumers alike.

Oculus isn’t alone, of course. HTC, Sony, Valve, other major manufacturers have all gotten in on the high-end VR game, while Samsung, Google, even Nintendo have released cheap mobile variants that are in some cases made out of little more than cardboard. VR is everywhere.

But truly immersive VR has been elusive. Think about the first time you tried it: did you try to grasp something, only to be confused when your in-game hand didn’t move? Did you walk forward in the real world but your view remained stationary? Did you trip over a cable? Most VR to date has been characterized by such “disconnects” between what you want to do and what the technology is in fact capable of.

Oculus Quest doesn’t quite correct for all that, but it comes close. 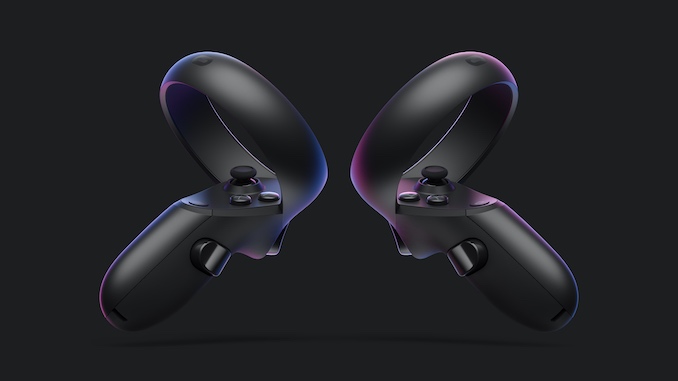 YOU ARE THE CONTROLLER

The first thing you’ll notice about the Oculus Quest is that you can move around inside it. Quite a bit, actually: Oculus tech specs suggest a maximum 25 x 25 feet movement range, though it only requires 6.5 x 6.5 feet – and in truth I convinced it to let me play in much smaller spaces than that. (Bachelor apartments, rejoice!)

It’s honestly a bit mind-boggling, this ability to move around, walking, crouching, leaning. There’s a name for it – “6 Degrees Of Freedom”, or 6DOF – and it’s the gold standard for VR immersion. Some of the more powerful, tethered, systems have had it for a while, but the Quest is the first wireless system to use it.

It’s also safe: thanks to outward-facing cameras, the headset can track the boundaries of your play space; get too close to the edge, and Holodeck-like grid lines will pop up on screen, breaking the immersion but in all likelihood saving your family’s priceless Ming vase. Those cameras mean you can also switch to a real world view without removing the headset. It’s a strange effect, seeing the world in the grainy black-and-white of the motion sensors, but it’s a convenient way to navigate and rearrange your play space without taking the headset on and off.

Oculus is already working to overcome another constraint: the controllers. Since the dawn of VR, users have been obliged to hold various wand-like devices in order to interact with the virtual space. The Quest’s controllers work really well – the touch-sensitive grips help to generate a believable pair of in-universe hands – but they’re still just another barrier to full immersion. However, in 2020 the Oculus Quest will get a proper hand-tracking update, using the headset’s built-in cameras to scan your hands and project virtual equivalents into VR. I’ve tried something similar in The Void, and it worked well enough to give me high hopes for the Oculus equivalent.

The Quest has some other advantages over the competition. Its PSVR-defeating 1440 x 1600 resolution and 72 Hz refresh rate make for lush visuals and less risk of stutter or disorientation. The built-in stereo speakers are robust enough that you don’t really need to connect headphones. An active cooling system keeps your forehead comfortable – though there’s not much you can do about the fear sweat when you find yourself face to face with a giant venomous spider, or suspended 500 feet in the air on a rickety platform.

IT’S IN THE GAME

What do you want from your VR?

That’s not a rhetorical question. Different users will have different priorities, and Oculus Quest, like other headsets, looks set to offer a diverse array of experiences.

Obviously, there are the games. Superhot, an action game in which you dodge slow motion bullets, is the closest to a Matrix simulator I’ve seen. Beat Saber, in which you swing lightsabers to the beat of an electronica-heavy soundtrack, is Star Wars on steroids. There are about one hundred or so games released or pending, and given the robust Oculus ecosystem, users can expect a steady stream of new titles for years to come.

Where the Quest is most lacking, but where it may be the most intriguing, is its library of non-gaming apps. So far, you can visit a virtual Anne Frank House, the International Space Station, some Nature Treks, and an Ocean Rift, but little beyond that. The dream of VR is, in my opinion, virtual sightseeing: I want to climb Mount Everest (without polluting it), visit the Great Pyramids of Giza, wander through the galleries of the Louvre. No VR company has yet to pull that off, but there’s no reason why Oculus couldn’t be the first. At least the Quest has YouTube VR and the Google Earth-like Wander, letting you indulge in some quasi-interactive, but still memorable, 360 degree experiences. 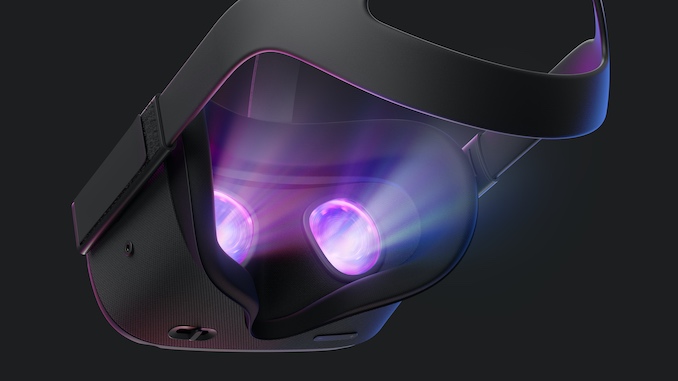 OCULUS DOES WHAT SONY, VALVE, LENOVO, AND NINTENDON’T

If I have any concerns, they’re fairly negligible given how early it is in the Quest’s lifespan. For one, it would be nice if the Quest got an exclusive killer app, something akin to PSVR’s phenomenal X-Wing simulator, in addition to its (admittedly excellent) library of ported Oculus Rift games.

Also, if you’re planning to trot out your Quest at a party, which you will, be warned that the battery only lasts two hours, although many games can still be played while plugged in. And if you’re prone to motion sickness, any VR headset is going to be a problem until the tech is perfected.

But really, the Quest is an incredible piece of technology. It doesn’t quite deliver on the promise of VR, but it’s plausibly affordable and very, very entertaining. For the cost of a mid-range laptop or a PS4 + PSVR bundle, you get wireless, worry-free, believable Virtual Reality, in your home, today. It’s undoubtedly the best holiday item for those who go overboard on gifts, and a tantalizing taste of VR’s future.

Now if you’ll excuse me, I’ve got a whole other reality to explore. Lightsabers included.

Our review of Mario Golf: Super Rush, developed by Camelot. Available now for Nintendo Switch. WHAT IS IT? Golf, but […]