I did not get into writing, or commenting on politics to criticize the media. Some people say that criticizing the media means attacking the media, which undermines democracy itself. I disagree. I feel that media criticism is necessary in a market in which hyper-partisan niche media outlets are directly created by political parties (see: Ontario News Now), or are astroturf outlets that solely benefit one party or political ideology (Rebel Media, Post Millennial). We live in a political climate in which the best Tweet/headline wins the news cycle, regardless of what the attached article says. Mainstream media is not unassailable, and must be held to account for how it now actively participates in the news cycle at times, rather than reports the news without spinning or editorializing. 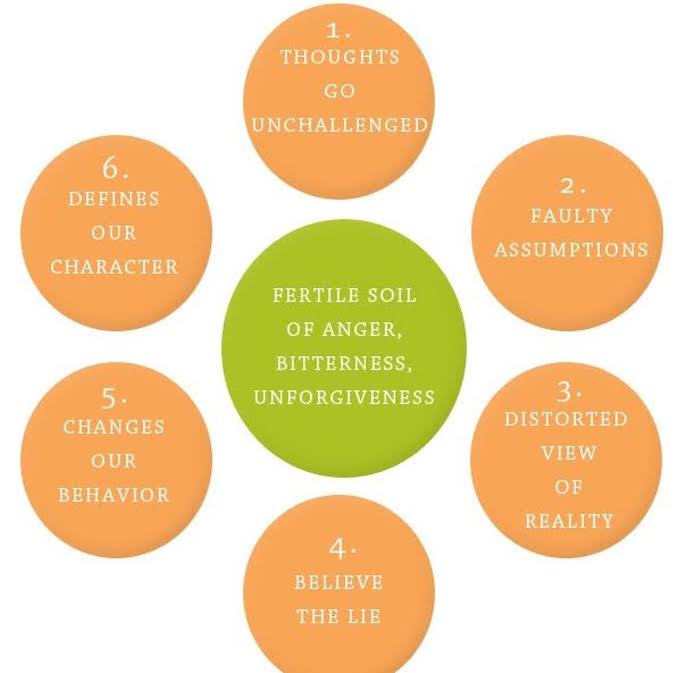 We live in a time where politicians, pundits, or those paid to spin seem to have a disproportionate influence on the news cycle and how the media frames stories. I call this the conservative news media circle of lie;

For example, Andrew Scheer tweets out falsehood about large pollution emitters being exempt from the Carbon Tax. A demonstrably false and easily disproved accusation.

Conservative media outlets create a “news” story based on Andrew Scheer’s tweet or accusation and reports lie as fact, uses Scheer as a source.

Andrew Scheer then tweets out the “news” item created from his tweet, and that he himself was likely the sole source of, using “news” item as validation for his original Tweet. I mean, how can it be a lie if Post Media wrote about it?

Liberals and progressives lose their minds, start arguing back.

See my twitter feed for validation of this point.

Because a large majority of Canadian political media copycat each other, and because controversy sells, they begin to cover Andrew Scheer’s lie. This starts to create a false “both sides” narrative and successfully muddies the waters, as most time starved Canadians rarely read beyond the headlines. It isn’t about winning the argument in this case, it is about winning the headline or soundbite.

Some media pundits call out deceit.

This is where an excellent journalist calls out the original deceit with a fact based analysis disputing the initial incorrect assertion.

The fact-check notes the experts all agree there is no foundation for calling the influx of irregular border crossers a crisis: ”Given the facts and the views of the experts, while there’s little doubt the situation poses a political and policy challenge for both Ottawa and the affected provinces, Scheer’s contention of a ‘crisis’ rates a ranking of ‘full of baloney’”.

Fair enough, right? Not so fast. 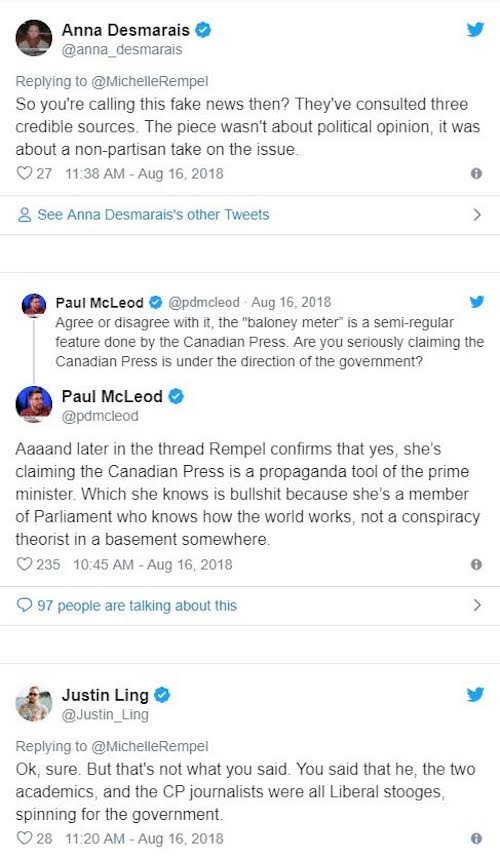 Michelle Rempel claims that the Baloney Meter isn’t real “journalism” because the Conservatives were not given the chance to counter-spin on the analyses of three credible experts. This of course drew a reaction from Canadian journalists:

This reaction then allows Michelle Rempel to double down on her media criticisms and accuse Canadian Media of an institutional bias. Other Conservative politicians join in, and so do conservative journalists and pundits.

This is self explanatory. Reading the Twitter feed of any Conservative MP shows a steady stream of manufactured outrage and crises.

People who are not in the 417 bubble tune out.

The 417 bubble is the mythical bubble that exists surrounding the Parliament buildings. The people who are in the bubble think that what Catherine McKenna had for lunch is earth shattering news. I also consider those politically engaged all over Canada to be honourary members of the bubble too, myself included.

However, people who aren’t in the bubble begin to feel apathetic about the political process due to the dishonesty, the controversy, the histrionics, or the perceived media bias – but was that not that the goal of the conservatives in the first place?