Perhaps one of the most over-analyzed and oft-criticized campaign promises the Liberals broke from the 2015 campaign was the one on electoral reform – that the 2015 vote would be Canada’s last under first past the post.

I knew it was an empty promise from the moment it was spoken, and I would know. I have inside knowledge on electoral reform from my experiences participating in the Ontario Citizens’ Assembly on Electoral Reform from 2006-2007. 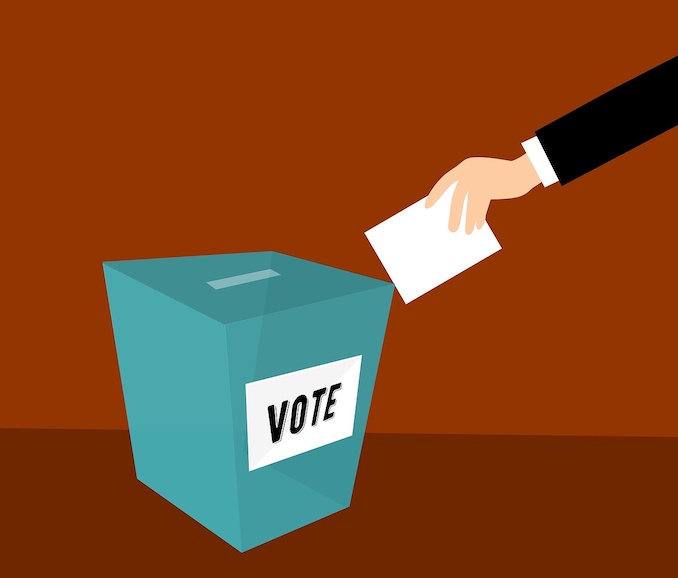 The Citizens’ Assembly on Electoral Reform was created on recommendation by the Select Committee on Electoral Reform of the Ontario legislature in 2005. I was one of 12,000 Ontario residents invited to put my name forward, I was then invited to a selection meeting in Ottawa. Eventually 103 Ontarians were chosen, and although I was not chosen, I decided to assist as alternate initially, then as a volunteer.

From September 2006, to late April 2007, the Citizens’ Assembly met nearly twice a month to examine the current electoral system and investigate what possible changes and improvements could be made. I attended several meetings and public forums and consulted with the public through information sessions. It was a fascinating process led by George Thomson, and Queen’s University Professor Jonathan Rose. We examined electoral systems worldwide, the processes involved in changing electoral systems, and the experiences of jurisdictions that changed electoral systems.

We currently have a plurality electoral system in Canada, commonly referred to as first past the post (FPTP). It simply awards the seat to the candidate with the most votes. There is no threshold for victory, nor is a majority required for victory. First past the post systems generally promote stable governments and are often dominated by 2 or 3 political parties. There are many disadvantages to FPTP systems, such as the difficulties for new parties to grow and find success, and the winner may not reflect the interests of all voters. Quite often a majority government can be elected having only 35-37% of the total vote. In a Westminster parliamentary system like Canada, that can leave a disproportionate amount of power with a party not elected by a majority of voters.

In recent years there has been a movement towards Proportional Representation (PR) in Canada. Proportional Representation is system of voting that generally attempts to match the percentage of votes that a political party received, to the percentage of seats that it is awarded. The complexities of these systems and the diversity of options have often been a hindrance in debates on electoral reform and electoral systems in Canada.

The three PR options commonly discussed in Canada are the Single Transferable Vote (STV), Mixed-Member Proportional (MMP), and the Ranked Ballot. Yes, the ranked ballot is generally considered to be a majority electoral system. I list it here because it is an alternative to FPTP and can be used as a compromise system with those who are hesitant to consider proportional representation. With ranked ballots, a voter can choose more than one candidate and rank the candidates in order of preference. If a candidate does not receive 50% of the vote, the candidate with the least number of votes is eliminated and their voters’ second choices are used, and the votes are counted again. This continues until one candidate achieves a majority. This system of voting often eliminates the need for strategic voting, as you have options to choose an alternative if your candidate of choice isn’t elected.

The Single Transferable Vote (STV) is a proportional voting system that differs from the option of electing one representative in each individual riding (FPTP). In STV, voters elect a small team of representatives in a multi-member local district. For example, you could take 5 separate ridings, and turn them into one multi-member district that elects 5 representatives (MP, MPP, or MLA). This means that you can have a say on all 5 representatives elected. You rank the candidates based on preference, you can rank as many or as few as you like. You can rank across party lines. Counting votes can be complicated as it considers the ranked preferences of each voter. The main issues surrounding the Single Transferable Vote are the complexity of the system in relation to FPTP, the difficulties in implementing the system, and the potential for stasis in the vote. Variations of STV are used in Ireland and Australia.

Mixed-Member Proportional (MMP) representation is a mixed electoral system in which voters get two votes. One vote to decide the representative for their specific local riding which would use the current FPTP system. The second vote would be for a regional candidate, known as a party vote. The party vote determines what proportion of seats each party should have regionally. Ridings are usually made bigger so that the number of elected representatives does not increase. For example, in Canada about 60% of the MPs will be local riding MPs. With your regional vote, 40% of the MPs will be elected as regional MPPs or MLAs. Variations of MMP are used in New Zealand, Germany, Scotland and Wales.

I have worked in politics for years as a volunteer, at the riding level, and in the national office of a political party – but I have never received an education in democracy like the one I obtained participating in the citizen’s assembly. It felt like the intensity and diversity of opinions grew with each meeting and public consultation. Finding a consensus to not only to represent what each member wanted on a personal level, but also to find an option that could be easily explained and understood by fellow Ontarians felt like a near impossible task from my perspective.

The work of the assembly concluded in May 2007; they recommended a mixed-member proportional (MMP) system. I did not have a vote or collaborate on the final report. My preference then and now is the ranked ballot, but I agreed with the findings of the Citizens’ Assembly.

The recommendation of MMP (mixed member proportional) was to be voted on by referendum in the 2007 Provincial election. I also knew that MMP would-be dead-on arrival.

Elections Ontario failed in its education campaign, it was confusing and underfunded. The work done by the Citizens’ Assembly was underreported, and the MMP option was completely misrepresented by the media. There was no meaningful debate, and it felt like the McGuinty Liberals abandoned the idea. We needed a electoral reform champion, and none was forthcoming.

The MMP proposal was rejected by 63% of Ontario voters.

In my opinion, it must be done by referendum. From what I observed in public consultations, perceptions and appetite for electoral reform generally split along party lines. Conservatives, or those on the right, generally want the status quo (FPTP). Liberals, like myself, and centrists generally support a ranked ballot, or STV. The NDP, or those on the left, have long called for straight proportional representation or MMP. Trying to find a national consensus from these disparate groups will be next to impossible, especially without the benefit of a government that has the political will to engage the voting public in a fully consultative process. A government must make a full investment in electoral reform to have the citizens buy into it.

It’s that simple, and that complicated.

It is more important than ever to be informed and involved in the political process. Like it or not, our […]

In a historic first for the province, the Ontario NDP last week announced the official formation of the first Black […]

On October 21, Vote Like it Matters. Because it Does.

I didn’t used to vote. For most of my adult life I have been a cynical political agnostic, an abstainer […]