The internet has been one of the great democratizing forces of our time. Toronto Guardian would not exist without it! But the free flow of information comes at a price. From 9/11 “truthers” to anti-vaccine advocates, from tricks as relatively harmless as “juice detox” to the Earth-shaking misinformation campaign that put Donald Trump in the White House, it’s clear that the internet is a “buyer beware” environment. 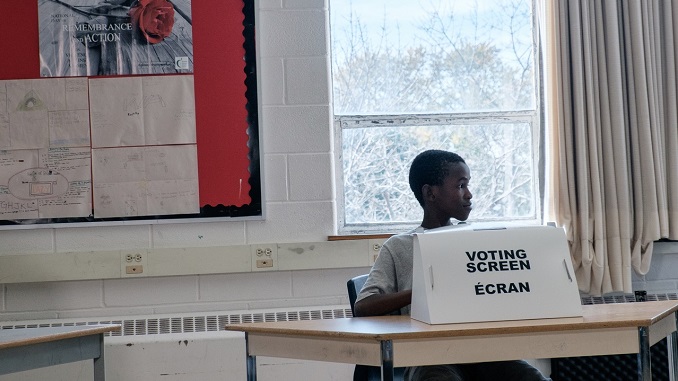 As the extent to which misinformation contaminates the internet – and the damage it can cause – has become apparent, efforts to fight back have also begun to ramp up. In a distributed environment like the web, regulators can only do so much – ultimately, much of the burden of sorting through inaccurate info to find the good stuff rests on internet users like you.

That’s why Civix, the folks who run Student Vote, have stepped in to arm young people with the tools and know-how they need to stay ahead of the scams that can be found floating in every corner of the web.

The new program is “NewsWise”, launched in partnership with the Canadian Journalism Foundation and funded in part with seed funding from Google. Geared for teachers and students in grades 5 through 12, it is nevertheless accessible to anyone with an internet connection – you may want to give it a look yourself.

The program has two key elements. The first is focused on teaching students how to find and verify that they’re reading from credible, verifiable sources; the second is about teaching them how to sort fact from fiction in the endless stream of information pouring out of their phones.

The program teaches about the journalistic process, how data and algorithms work, news “bubbles”, misinformation, and yes, even clickbait and memes. To help equip kids to better sort out the true from the false, it also teaches a number of concrete verification skills – for example, how to use reverse Google image search to test if a photo has been manipulated or falsified.

Jessica Johnston, a project manager with Civix, highlighted the urgent necessity of critical thinking in today’s media environment. “For democracy to work, we need to have trustworthy information,” she said in an interview. “It’s a misconception that people who are plugged into technology also know how to use it; there’s a lot of capacity that isn’t used and fully understood that can really empower students to do better.”

The program has just been made available to over 2,800 schools across Ontario who participated in Student Vote, but will continue to be refined over the summer and subsequent school year with the aim of being complete in time for the 2019 Federal election.

The Mike Harris Sequel No One Wanted