Graham Kay is an award-winning stand-up comedian. He started in Ottawa at Yuk Yuk’s and moved to Toronto, then LA and is now living in NYC. He has performed stand-up on The Tonight Show with Jimmy Fallon, Late Show with Steven Colbert and was in the Super Troopers 2 movie. He also hosts Autastic, an autism awareness podcast, and his stand-up can be heard regularly on Sirius XM Radio. We spoke with him to find out more about his style and projects. 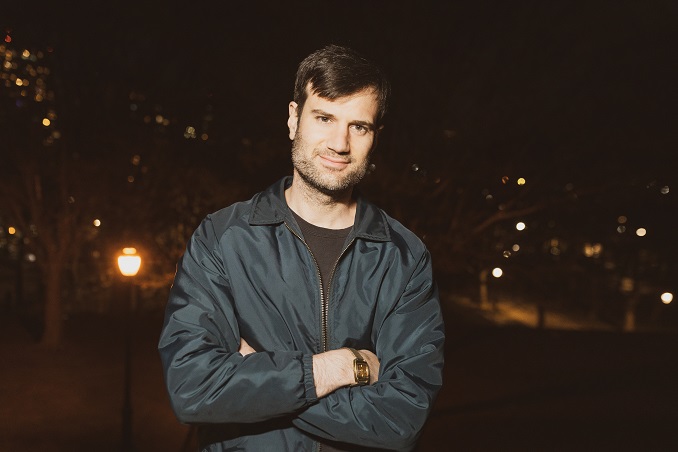 Extremely self-serious and self-important. Not sarcastic at all.

I just really loved watching Just For Laughs with my dad. We loved Jim Carey talking about how Americans think we all live in Igloos and listen to the story of The Raven every night before bed. It’s still so funny to me. Obviously, Eddie Murphy’s Delirious was a staple for any comedy fan of my generation. Although the first 5 mins haven’t aged well… the rest really holds up.

As a kid, I used to rent the Bill Cosby Comedy Special “Myself” about once a year. But in the past few years, I’ve stopped enjoying it for some reason…

I shadow boxes and do push-ups. I finish it off with about 3-5 minutes of screaming at my own reflection in the dressing room mirror. After that, I am ready to attack the audience with my unique brand of edgy comedy.

A cruise ship. I find the best, most discerning audiences have just dined at a buffet while at sea.

I once did a bit when I first started about how men’s deodorant is named differently than women’s deodorant. Just a terrible hacky premise but it had a good joke structure and was the first time I wrote something that would work every time. I honestly should bring it back if I ever do another cruise ship.

There are truly so many funny comedians now it’s hard to keep track of them. But I would suggest Youtube. The old formal industry has fallen apart and what’s left is self-produced comedy specials being released on Youtube. I would suggest typing in somebody you like and the algorithm should feed you some new funny people. If you want a start type in my name and see what deranged maniac the algorithm thinks is similar to myself.

The major tourist attraction of Ottawa is that a canal freezes over and people skate to work. This is something we are proud of and advertise to the world. When in fact that is for most people in most countries their absolute worst-case scenario.

I  have a new comedy special out on Youtube called Graham Kay Live in a Bowling Alley.

In Toronto, I’m completely out of the loop because I live in NYC but I’d say, Chris Locke and Nour Hadidi. Chris Locke is so creative and fun and what I’ve seen from Nour is really great joke writing.

Richard Cole is an experienced entertainer who performs hypnosis shows combining stand-up, magic and musical theatre. We had the chance […]