Dave Burke is a Toronto-based stand-up comedian. He recently taped the CBC TV Gala at the 2022 Winnipeg Comedy Festival. Dave performed at the Boston Comedy Festival and his debut album Sexual Cactus is available on SiriusXM Radio. Dave has performed at Yuk Yuk comedy clubs across Canada and wrote and starred in Your Hood’s a Joke at JFL Zoofes 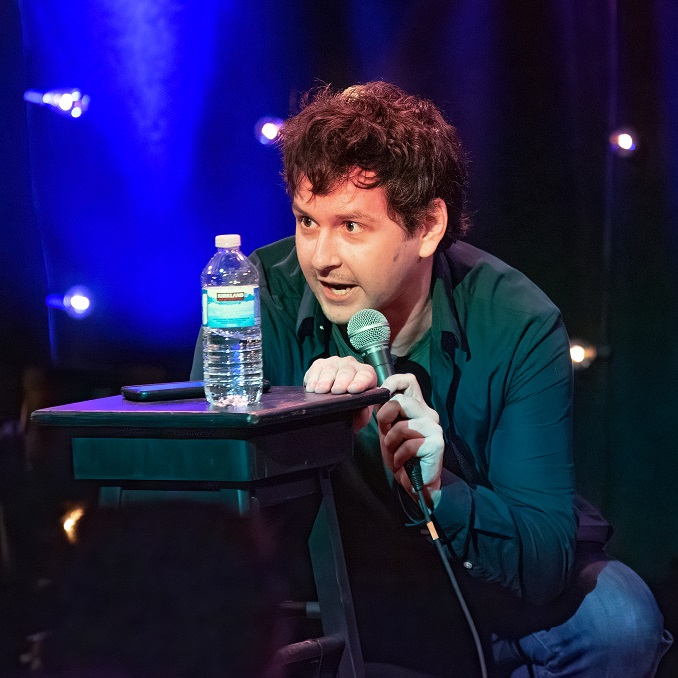 Mostly observational stuff with some stories mixed through.

I think comedians are influenced by everything, all the time. I’ve performed with so many funny comedians around Canada, I would have to say my fellow Canadian comics have had the most influence on me as a comedian and inspired me the most. If I had to name a celebrity influence, I remember when I started comedy in Halifax I was listening to a lot of Paul Mooney, Mitch Hedberg, Bill Hicks, Dave Chappelle, and Katt Williams. Now I listen to a lot of Norm MacDonald interviews and Howard Stern on YouTube.

Before every show, I ingest two bags of grass, seventy-five pellets of mescaline, five sheets of high-powered blotter acid, a salt shaker half full of cocaine, a whole galaxy of multi-coloured uppers, downers, screamers, laughers… Also a quart of tequila, a quart of rum, a case of beer, a pint of raw ether and two dozen amyls. And a light salad.

The downtown Toronto Yuk Yuk’s is my favourite place to perform hands down. The audiences there represent the full mix of people that Toronto can offer, from all ages and backgrounds. You can get a really good feel of whether a joke is funny to the general public there – they aren’t too uptight or too giving. And I’ve grown to know and love the staff there after working there for the last few years.

Ah, the short lifespan of a “favourite bit”. I could name my favourite bit now, but by the time the reader gets this far down the article, the answer will have changed. When I write a new joke and it does well and I know it’s being added to my set, that’s my favourite joke. It’s new, exciting, genius! After a few weeks, the shine wears off and I hate it. Then I write a new bit and put the previous one in the “I guess I’ll still do this” pile.

There’s nothing better than going to local live shows and meeting new comics. Just go and stand in the back of the room. Tell them you’re a comedian, and you’ll get in for free.

You can check out my website daveburke.ca – keep your eyes out for me touring in a city near you!

Abbas Wahab is a hilarious Toronto comic that just dropped a new album and did the Winnipeg Comedy Fest.

Hunter Collins is originally from Montreal, but is currently living in Toronto. This bilingual performer recently finished an Australian tour […]