Mauve Grove is an alternative hip-hop/jazz-funk band from Toronto that recombines elements from an eclectic range of genres to make an energy-dense and thought-provoking sound palette. Made up of members CJ Hall, David Jones, Donnie Drain, and Spencer Bridgwater, the group initially caught quick attention from the local Toronto music scene with their debut LP Hot Laundry, released in July 2018. They’ve been compared stylistically to a combination of A Tribe Called Quest, Anderson .Paak, Rage Against The Machine, and BADBADNOTGOOD.

The band’s live performances are intimate and fluid. Each show is an experiment in both communication and aesthetics. Improvisation takes the spotlight as they flow from one song into another, and each member contributes a unique and engaging personality to the stage. Intricate timing and voicing arrangements are central to the band’s sound. Mauve Grove continues to push boundaries across styles and blur lines between genres as they perform throughout 2022. Mauve Grove is currently working on their third full-length record, with singles from the record released throughout 2022. 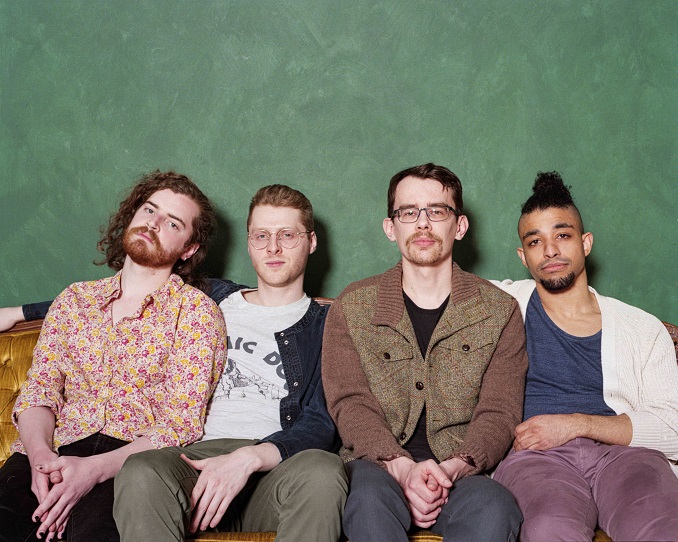 2, with a full-length LP in the works

Tough to pick just one, but we’ve definitely been listening regularly to Black Midi, Royce da 5’9″, Animals as Leaders. If there’s something we’re way into currently, we usually throw it in this playlist.

All I Wanna Do by Sheryl Crow

Too many to choose from, Toronto is saturated with talent right now.  The guys in Mayraki always throw down an unreal show.

Depends on what kinda listening experience you’re going for.  LPs if you have the patience to sit through the front to back can be really rewarding, but it’s often tough to find a record that paces itself well enough to merit that. Sometimes just 4 well-designed songs back to back are all you need.

Night owl during the week, early bird on weekends.

Road in the summer, studio in the winter.

Boys of Major Lane off Harbord-Toronto has all these odd laneways darting behind its streets around the city, and a bunch have these cool backstories from way back. The Star did a write-up a long while back on it.

Toronto Island, all the serenity of a car-free park near the water within a short ferry of the city.

Cask for gear, Rotate This for records/tickets

About Sofia Touboul 20 Articles
Multicultural artist and videographer. Her French and Colombian parents and her childhood in Israel led to a severe coffee, croissant, and shakshuka addiction. Obsessed with Instagram, she loves to share her life experiences. Follow Sofía on Instagram.
Instagram

KALAN is on fire. His song Can’t Tell Me was recently selected and now playing on the game Fortnite. He […]

Juno Award winner, Dominic Mancuso is an acclaimed singer, songwriter and producer born and based in Toronto, Ontario. “The inimitable […]