Just a few hours drive north from Toronto, Meaford is a quaint town surrounded by rolling hills, farmland, vast pockets of forest and the revitalising waters of the Georgian Bay. It’s a beautiful part of Ontario for nature walks and crystal-clear swims, but here we were to experience the return of Electric Eclectics music festival!

Electric Eclectics (or EE), which has been on hold since the start of the pandemic, is renowned for booking a diverse range of local musicians and artists, but also for drawing some of electronic music’s most celebrated avant-garde pioneers such as Silver Apples and Suzanne Cianni.

As you roll up the steep dirt drive to the grounds where the festival takes place, you are immediately met with breathtaking panoramic views of the valley below. The open fields where festival-goers camp are filled with all sorts of flowers, apple trees, wild garlic, orchids; it really is a little slice of heaven.

After settling into our campsite, we headed to the main stage where Toronto producer Shn Shn performed a set of minimal pop songs. Her striking compositions provide the backdrop for a voice which oozes quality – softly used with flawless strength.

Following on from that, things took a dramatic turn as Shelley Hirsch took to the stage for a performance of Christian Marclay’s ‘NO!’. Conceived as a graphic score for solo voice, it is composed of comic book fragments that portray vocal utterances, facial expressions, and body movements.

Those who arrived at this point, would likely have been confused or perhaps even scared by the possessed nature of what was on display. This stirring performance was met with delirious applause, after which Gordon Monahan and Lary 7 joined the stage to add tones and textures to accompany Shelly’s unique voice and delivery.

Lary 7, a sound artist and filmmaker based in New York City, provided all range of accompaniment including the electric toothbrush and chair. Needless to say, this is no normal music festival.

As night fell, a dome of stars cut through the darkness above us. The stars were so striking that they twinkled vividly even against the brightly lit stage. A short strut back to the tent and the milky way was revealed in all its glory. I love a good camping festival… you just can’t beat the great outdoors.

Jorgen Teller was next to grace the main stage, following on from Shelly with an odd mix of distorted guitars and vocals prioritising sound and intonation rather than words. EE focus on promoting music alongside other forms of art including films and installations. Indeed a short walk to a converted silo, we got to take in some sculptures from Julia White and to spend some time sheltering from the madness all around us.

Other installations of note included two trucks, one with a sprawling home-made modular unit, and another featuring metal strings resonating to make quite disturbing howling noises that screeched into the night.

As the sun set on the main stage, EE took the party down to a forested second stage where DJ Osound rocked dance music for ecstatic revelers until the sun rose once more.

After a few hours of rest, a strong cup of coffee and some bacon and eggs, we drove into Meaford for a quick swim in the bay. The weekend was blessed with hot weather, so the water provided an essential cooldown for many of those waking up in their tent saunas. That said, the festival amenities were excellent too, with clean porta-loos (including running water), plus a cold shower for those in need of a swift refresh!

Saturday’s programme of music started in the early afternoon. Thresher performed in the scorching sun – I really enjoyed their set, with the three-piece creating long distorted tones which squealed and swelled, occasionally breaking right down revealing layers of texture and a few nicely placed bass riffs creating tonal interest!

Canadian poet, novelist and oral sound artist, Paul Dutton, was next to the stage. A member of the legendary Four Horsemen sound poetry quartet, his gurgling recitals cut through the summer’s day like a washing machine in a library. These performances are certainly not going to be to everyone’s taste, but it was certainly impressive to see someone who has dedicated their life to such intriguing forms of self-expression.

NPNP up next; the three-piece featuring modular synthesis/electronics, saxophone/mbira and drums, were thoroughly enjoyable. The drums decomposed around the steady tones, which from what I could tell, were pinned together with looping synth and mbira lines. Howling saxophone ripped through the mix.

Laura Ortman’s solo violin performance was compelling and you really couldn’t take your eyes off of it. The use of pedals with violin gave me Godspeed You Black Emperor! vibes. At one point Ortman, shortly after playing the violin with another violin, used the instrument to whack a set of windchimes.

For a solo performer, the sound was huge. Sound guy Brian Renton filled the hills with waves all weekend, thanks to a staggeringly powerful sound system stacked either side of the stage.

Zones brought a lively end to Saturday’s main stage musical offering with janky acid vibes which got the audience off of their feet and moving.

Once that was over, Edwin van der Heide who was flown in from Europe, showcased an incredible audio-visual performance with the use of lasers. This was probably the most surprising act of the entire festival, as despite it sounding a little Austin Powers-esque, I had no idea what was even possible with “freakin’ laser beams”.

They created three dimensional shapes in the sky and swept across the audience, breaking down in time with the music. I’ve been privileged to attend a lot of festivals in my time, and I must say from a visual point of view, I’ve never seen something so impressive – it was a religious experience.

Back to the strangeness, and we were lucky to witness Baby Fight… an oddly satisfying puppet performance where the audience saw two babies wrestle to the death in front of a cheering crowd. From there the forest came to life once more with DJs until the early light once again.

Stood on this hill in rural Ontario experiencing a truly eclectic mix of art and music, it was definitely a reminder of the joy it is to escape the concrete jungle when you can. Cities offer a wide array of night life, attractions, sprawling structures, and a great number of people and minds to connect with, but in contrast the vibrancy of the great outdoors shines perhaps even more bright.

This year very much felt like a comeback for EE, and the programming was more minimal than in recent years. That made for an arguably more close-knit and personal experience; I met such an interesting range of people. It really was a joy and I would fully recommend the experience. 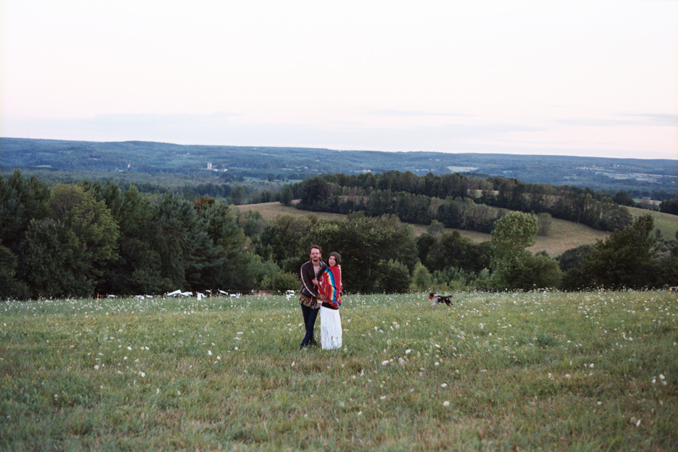 When they say eclectic, EE aren’t joking. In that sense, this isn’t a festival that will be to everyone’s taste – if you’re a music fan that loves a solid beat and a melody with singalong lyrics, this isn’t the right option for you. If you love art, community and new experiences, Electric Eclectics will be an unforgettable experience and you’re sure to have a new lease of life as you return to the city.

Here’s to next year! Learn more about Electric Eclectics Festival.

CONTEST: Win a collection of books from the 2018 Trillium Book Award/Prix Trillium

The 2018 The Trillium Book Award/Prix Trillium took place at the Toronto Reference Library on June 21st. The annual award […]

Our days of summer are here and we all want to make the most of it, even if we don’t […]

Bestival Spreads the Love in Toronto

It was a glorious second year for Bestival Toronto as organizers brought “The Summer of Love” theme to Woodbine Park. […]